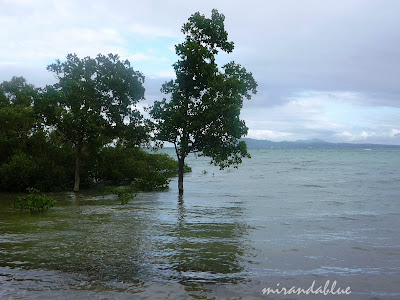 Walking along the shores of Cagbalete was my favorite activity during my 3-day stay on the island in April. I enjoyed the fresh air from the sea, the interesting seascape and vegetation by the shore. And about 500 meters south of the resort, I found this patch of mangrove forest.

Mangroves are salt-tolerant trees and shrubs that grow in saline coastal habitats in the tropics. They are normally found along sheltered tropical wetlands, lagoons and may extend inland along rivers and its tributaries. Mangroves require slow currents and plenty of fine sediment for their roots to grow. They protect the coast from erosion, storm surges and tsunamis. Their massive root system is efficient at dissipating wave energy.

Mangroves are also capable of absorbing pollutants such as heavy metals and other toxic substances. They serve as natural waste water filters, preventing many land-based and near shore pollutants from reaching deeper waters. 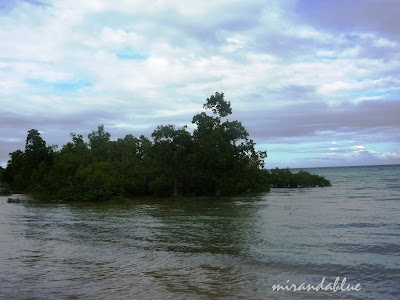 In the Philippines, our mangroves were a robust 500,000 hectares in the 1900s, but this dwindled to 112,000 hectares in 1998 from over-exploitation, conversion of areas to other uses and logging of watersheds. Most mangroves were cut for their timber, or were converted into shrimp ponds or fish farms. According to experts, the disappearance of mangroves became apparent in the 1970's when the deterioration of sea grass and coral reef ecosystems became noticeable.

Thank you to a host of non-government organizations and conservation groups who raised public awareness on the need to protect our mangrove forests. According to DENR (Department of Environment & Natural Resources), there has been new evidence that our mangroves have slowly grown to nearly 60% of its original state in the 1900s. 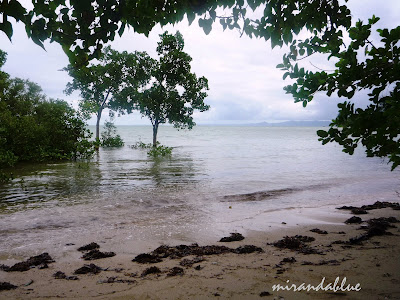 A verdant mangrove forest indicates a healthy ecosystem. The mesh of mangrove roots produces a quiet marine region for many young organisms, a natural breeding and nursery grounds for many fish species. The submerged roots host a wide variety of algae, oysters, sponges, barnacles, and home to shrimps, mud lobsters and crabs. Mangroves are also a habitat to shore birds, some mammals (like monkeys, rats, etc.), reptiles and insects. 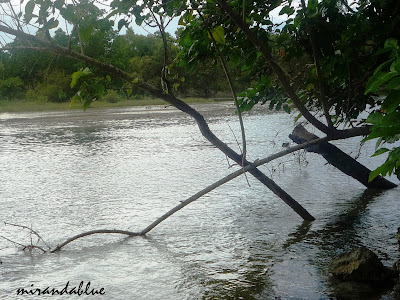 There are now community-based projects for sustainable development and management of mangroves, sea grass bed, coral reefs and other coastal resources. Not only for its environmental impact, mangroves are also a great destination for eco-tourism. 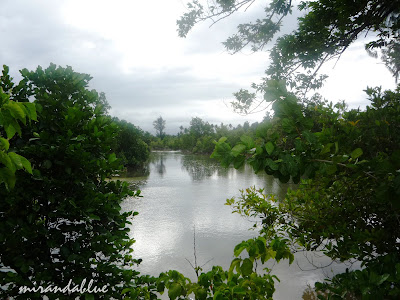 Posted for Think Green-Thursday
Posted by Unknown at 12:37 PM

It it true though we have understood about the natural vegetation about mangroves till they are uprooted by this lot of flies had increased and the marine life has been disturbed thanks Miranda u have addressed this at right time...Please readers if you find such thing happen do inform the neartes NGO so that the act is curbed.

That is so true Miss Luna... I read that this is a safe haven for fishes and of course very good for our environment... It'
s just so sad that some of us are not educated enough to know the importance of the mangroves...

thanks for sharing this :)

Thank you for all this information on mangroves. Beautiful photos, too.

Great photos and information. It is good to see that some effort is being made to rescue Nature.

Good news that our mangroves have slowly grown to nearly 60% of its original state!
Interesting info.

Mangroves provide habitat for so much life as well as protecting the coast. Great post.

Very peaceful, I could smell the sea air from here.

Great series of photos. Looks like a very peaceful place. Have a great weekend.
Smiles barbara

we didnt reach that part of the island.

i hope that the 112,000remaining hectares will still expand in the coming years now that more people are aware of its importance.