I was in a parking lot late Saturday night when I noticed the construction across the street.  They're constructing two new towers in the Mall of Asia grounds, a reclaimed land along Manila Bay.  These buildings would have a 160 degrees unobstructed view of the bay with its famous sunset.  A footbridge connects the two buildings.

These were taken on Saturday afternoon at Baywalk of the Mall of Asia. My friend and I were having an early dinner at Harbor View Bistro when I noticed the sunset.  The whole stretch of sea wall was full of people it was impossible to take a photo without including the sun worshipers.  I was standing on a concrete bench with both my hands above my head when I took these photos.


I wondered out loud why the Baywalk was unusually crowded and traffic was horrendous, and the waiter told us there was a Pyro-Olympic competition at 8 pm.  Oh, so they weren't here for the sunset alone!

Fireworks later lighted the night sky...and that's for another post.:p
More sky photos from around the world at Sky-Watch Friday

Fried squid with chili and green onions at Pho Hoa--one of our appetizers on girls' Friday night out.

Swimming alone seems not a good idea for this duck.  After all, it's a huge pond. I wonder where her friends are...maybe at the casino.:p

A night at Star City [My World and Ruby Tuesday]

When my nephews were young, Christmas vacation was not complete without a trip to Star City, an amusement park.  My oldest nephew is now 21 years old and he thinks Star City is for kids.  So a pair of old-timers revisited this old hangout one Sunday night after the New Year to see what's happening here.  I thought the place would be deserted...I was wrong.

Kids with their parents were lined up for tickets.  Students, couples, friends, people of all ages seemed to conspire to be here that particular Sunday night.  It was also the Feast of the Black Nazarene, traffic in the Manila area was pretty bad.  Parking here was more thrilling than being stuck in traffic. I spotted some interesting characters such as the trolls above and these puckered cousins of Daisy Duck.

With all the snow I've been seeing in blogs, I wanted to experience Snow World, one of the attractions in Star City.  It's an enclosed area with ice slide, ice sculptures, an ice castle and ice all over.  Unfortunately, I wasn't able to explore Snow World as I was inside for only about 15 minutes--couldn't stand the cold!  They gave us a thick trench coat at the entrance but  I was wearing flip flops, my toes were numb after a few minutes.  So that was the story of my short visit to Snow World.:p

We spent our time eating hot dogs, pop corn, corn kernels, nacho and potato chips.  I also tried my hand at target shooting but I was a lousy shot.  We walked around the park, and between bites, enjoyed watching people scream while riding the thrill rides.  I used to love riding the thrill rides, but now [I must be really getting old] I'm more concerned of safety.


Star City is not a big place.  In fact, I was amazed how they set up everything in such a small area.  It is located behind the Aliw Theater/MBC Building, at the CCP Complex grounds in Pasay City.

A bridge over a man-made pond in Fontana Leisure Park.  This bridge leads to the swimming pool and picnic areas.  Fontana, located inside the Clark Ecozone, has a hotel and casino.  We recharged here on Sunday afternoon after the exhausting Hot Air Balloon Fiesta.

Jeannie's silhouette while we were in an outrigger boat at sunset in Mactan, Cebu.  We were scanning the horizon for blue marlins or dolphins jumping out of the water.

We were in Clark on Sunday for the Hot Air Balloon Fiesta.  Left Manila around 4 am but the traffic started to crawl as soon as we get past the Angeles exit.  All roads lead to Clark on Sunday morning.
Vehicles were parked on both sides of the main road, many were trying to get closer to the venue and it created a huge traffic jam. We decided to park and walked the remaining 2 kilometers to the venue.  The morning breezes were cooler while we were walking but by 11 am, the heat became almost unbearable.  Aside from the huge tents put up by organizers, spectators [except us] brought their own tents, hats, and umbrellas.  We only had sunblock.:p
We missed the early launching of the other hot air balloons.  Good thing these three remained  in the field.  Colorful kites, light aircrafts and paragliders mesmerized and delighted aviation enthusiasts and sky-watchers.


Booths selling food and drinks and souvenirs were all over the venue.  All the major fast-food chains were present.  Aviation schools, kite associations, Canon, and resorts had booths as well.

The Hot Air Balloon Fiesta is a 4-day event happening every February in Clark Freeport Zone, a former US air base in Angeles City, Pampanga.

Posted for Sky-Watch Friday
Posted by Unknown at 3:30 AM 34 comments

I've heard many good things about the Cookbook Kitchen, and I promised myself to check them out the next time I'm in Eastwood.  Didn't find the restaurant during my first attempt---I was too hungry to look around. 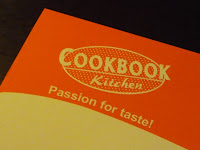 U and I finally made it to Cookbook Kitchen about two weeks ago.  The place was crowded and we almost didn't find a table.  Browsing through their menu, I find their prices affordable.  We got Parmesan Herbed Fries for appetizer and this Honey Mustard Pork Steak.  This pork steak was tender and scrumptious.  The other dish I ordered is here. 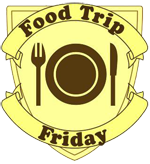 
"Do you know what is this?" my sister asked curiously.  I didn't notice them right away but when I looked closely, they looked like finger skeletons embedded on rocks at the beach in Pagudpud.  Enclosed snugly with roots, I was amazed at the various shapes and textures.  These are fossil corals that were possibly deposited here hundreds or even millions of years ago.  Corals are simple animals that secrete skeletons made of calcium carbonate.

1)  What amazed or surprised you recently?
2)  Have you discovered something new about yourself lately?

On the way to Fontana Leisure Park in Clark on Sunday afternoon, I spotted this quiet pond in a golf course.  The still water, the greens and reflections were begging to be photographed.  I was happily clicking away when the security guard called my attention.  Apparently, taking photos was not allowed here because according to the guard, politicians, generals and famous personalities were playing golf and they didn't want their photos taken.  I suddenly felt like a paparazzi.:p


I assured the guard that I won't post their photos in Facebook.:p

The new header photo, a row of ancient acacias, is just across this pond.