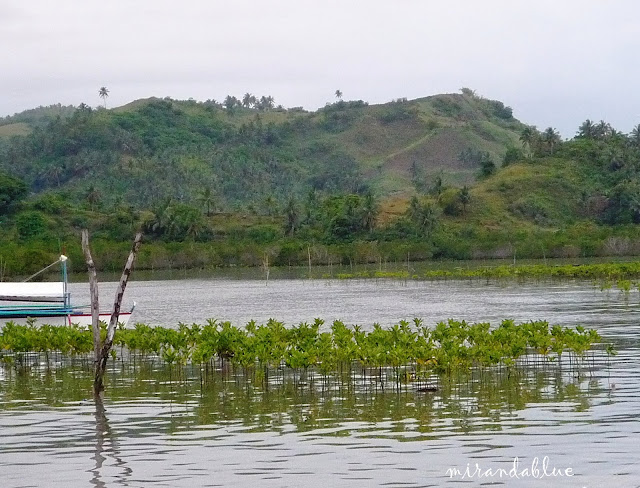 From Guijalo port, we took a tricycle (a motorcycle mounted with a sidecar) to Bikal port to meet our boatman.  The ride took us across Caramoan town---we passed by the municipal hall, the market and center of town that locals call Centro.   Bikal port is the starting point going to the islets of the Caramoan peninsula.  Bancas (outrigger boats)  docked by the pier  waiting for passengers, and mangrove forest thrives at the port's surrounding areas.  I would have wanted to take more photos but it was getting dark as we hurried to board our banca for Tabgon. 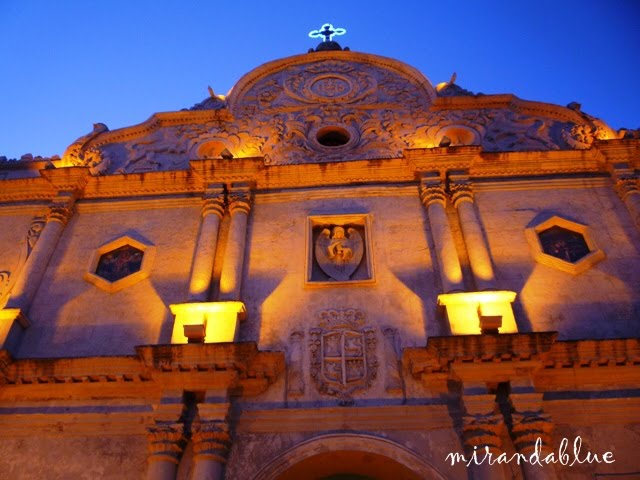 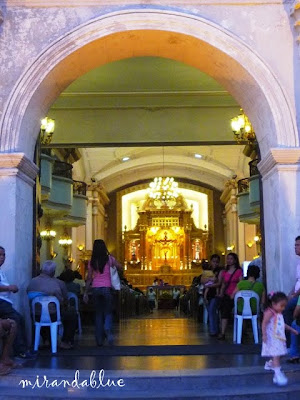 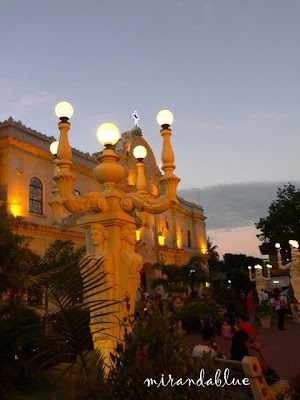 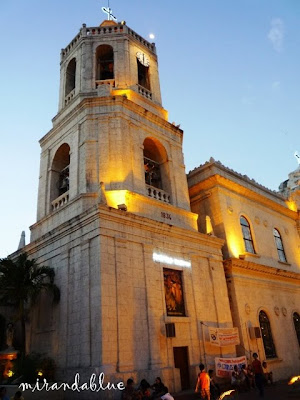 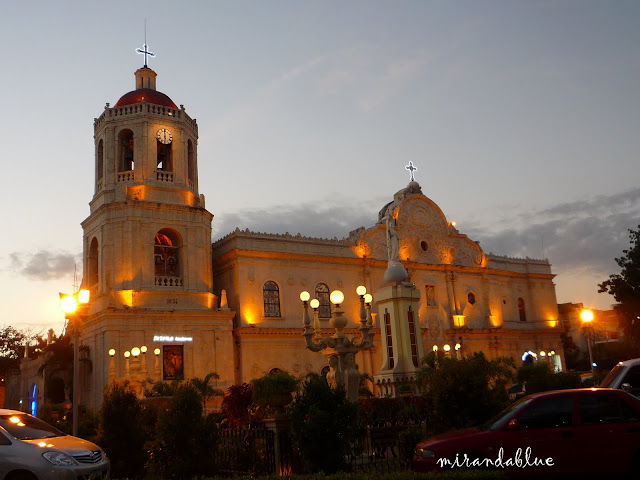 Viewed from the walls of historic Fort Santiago in Intramuros is Roxas Bridge, formerly called the Del Pan Bridge, one of the 13 bridges that crosses Pasig River.  Pasig River stretches 25 kilometers connecting Laguna de Bay, a freshwater lake, to Manila Bay.  Roxas Bridge is the last bridge near the mouth of the Pasig River that opens to Manila's Port Area.

Up on the roof [SWF] 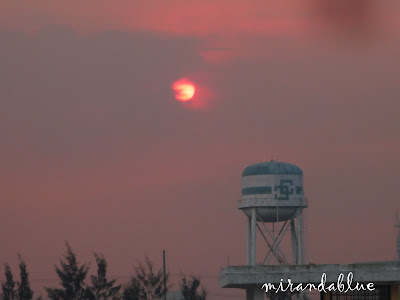 When this old world starts a getting me down
And people are just too much for me to face
I'll climb way up to the top of the stairs
And all my cares just drift right into space...


On the roof, it's peaceful as can be
And there the world below don't bother me...


~ Up On The Roof by Carole King

Sky-watching from the roof top of my apartment on Saturday afternoon. 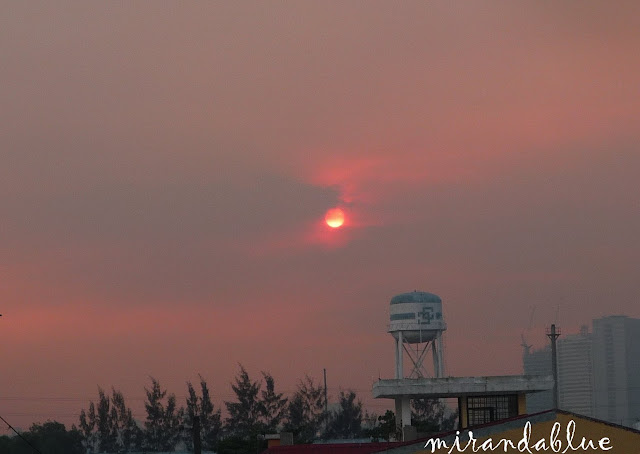 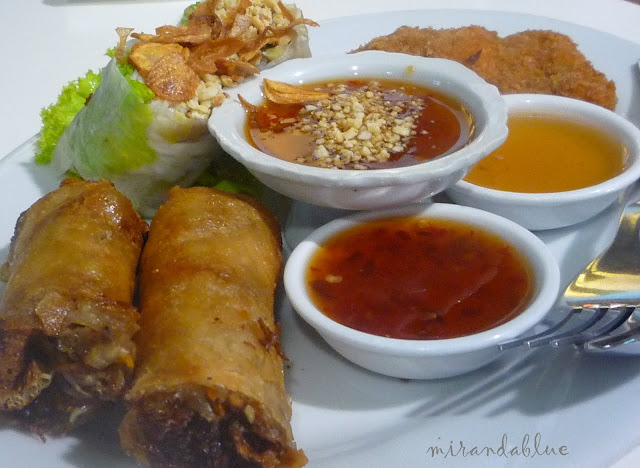 My taste buds were craving for something spicy and I found myself at Jatujak, a Thai resto at Megamall.  Here's the sampler appetizer for our entree---shrimp cakes, fresh and fried spring rolls with 3 kinds of dip.  Everything on this plate was scrumptious, the dips were simply divine!  The spicy dip has a kick that hurts like hell, but in a good way.:p 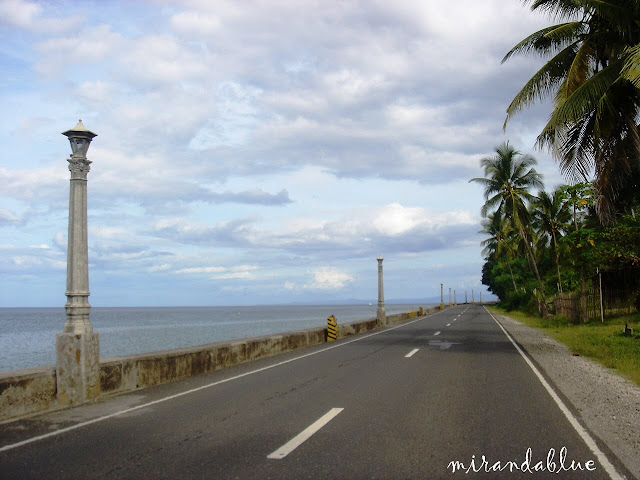 May you have a peaceful return--no traffic to slow you down, no  typhoon or flood, nothing to hinder your way.  I will wait for you. 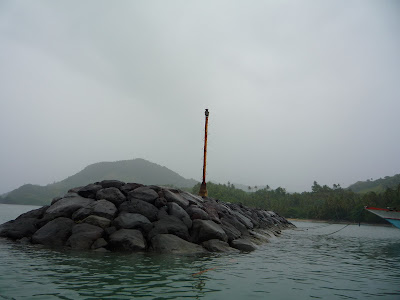 They say that into every life some rain must fall...and it did on our way to Caramoan.  After a choppy 2-hour boat ride, a rainy and overcast Guijalo Port greeted us when we finally arrived.  An unforeseen weather in the middle of summer,  it was a bit uncomfortable but it was also preparing us for the good times to come.  We accepted it as a blessing, and it didn't dampen our spirits---after all, it took us almost 18 hours to get here.  We were determined to enjoy our vacation!  Our boatman assured us there would sunshine the next morning---and true enough, a luscious dawn and a golden sunrise welcomed us  when we woke up. 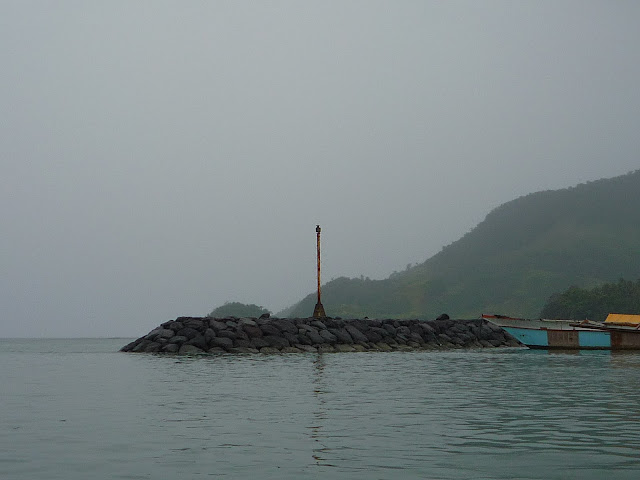 "May your trails be crooked, winding, lonesome, dangerous, leading to the most amazing view.  May your mountains rise into and above the clouds."

One of the rare occasions when I watch the dawn break and enjoy the stillness of an early morning scene. This was taken from the deck of our cottage in Tabgon, overlooking Paniman Bay at the Caramoan Peninsula.

Posted for My World-Tuesday
Posted by Unknown at 11:58 PM 25 comments 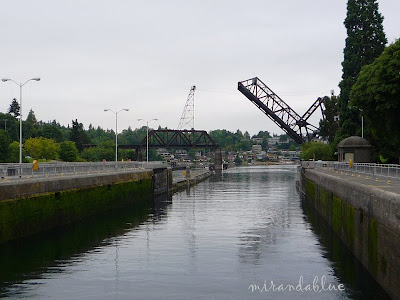 The Railroad Bridge opened up for an approaching boat at the Hiram M. Chittenden Locks---almost always referred to as the Ballard Locks in Seattle. It was my first visit to a lock and I was amazed at how it worked---boats travel from the salty Puget sound to the fresh waters of Salmon Bay, Lake Union, Portage Bay, Lake Washington and vice-versa. The locks were originally built in 1911 for coal and timber transportation. 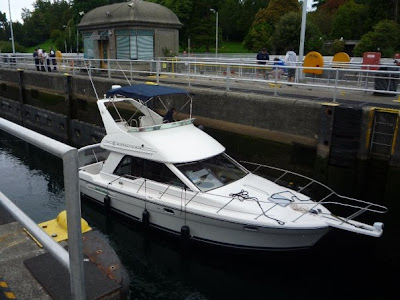 waiting for a safe passage 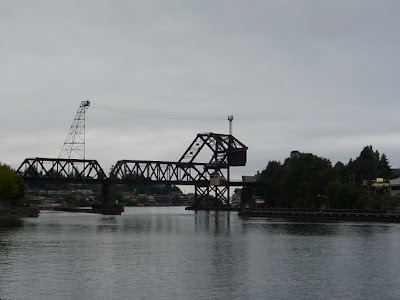 Posted for Sunday Bridges
Posted by Unknown at 10:43 AM 19 comments 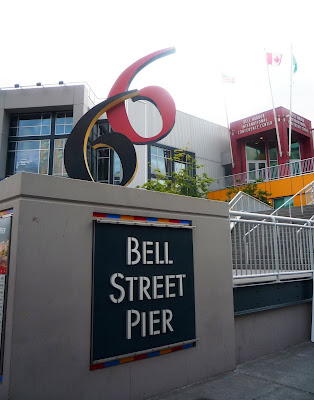 Posted for Photo Hunt
Posted by Unknown at 2:24 AM 17 comments

Hugging approximately 70 kilometers of mountainous coastline from Sabang to Caramoan had revealed the natural rugged beauty of this isolated area of Camarines Sur. We were expecting endless summer sunshine during the trip but got cloudy skies and rain instead. We were tired, and the unpredictable weather made us a bit anxious during the 2-hour boat ride. But the sight of green rolling hills, wild cliffs, quiet coves and sleepy villages relaxed us somehow. These are all drive-by shots---the sea was a bit choppy, and with our small outrigger boat, the ride wasn't exactly smooth. Good thing I got some not-too-blurry photos.:p

The real voyage of discovery consists of not in seeking new landscapes but in having new eyes. - Marcel Proust 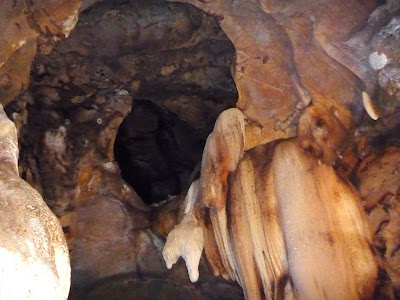 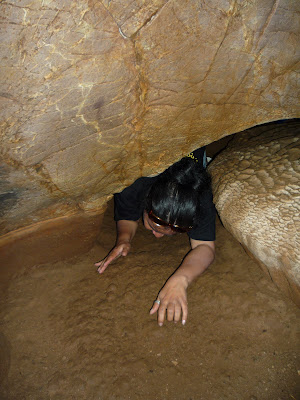 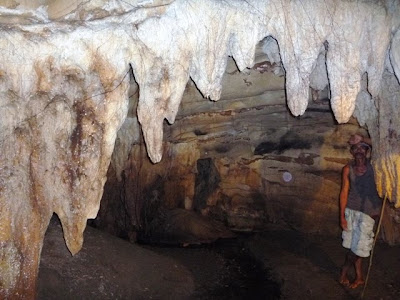 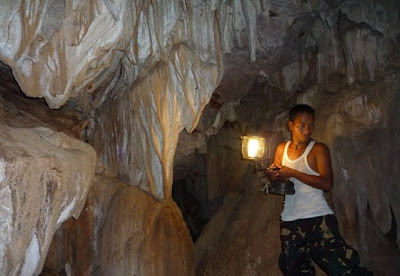 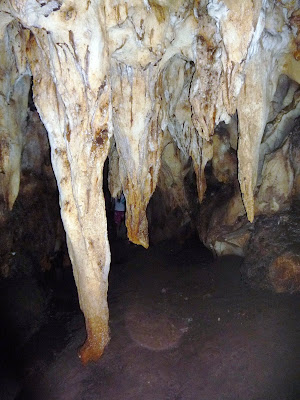 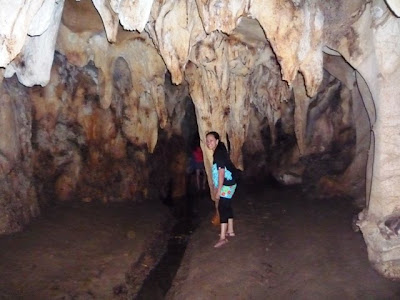 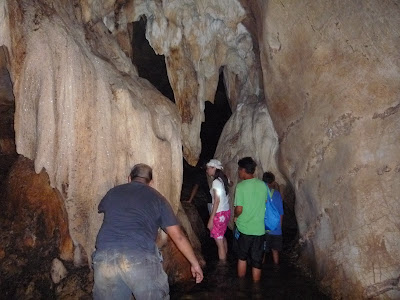 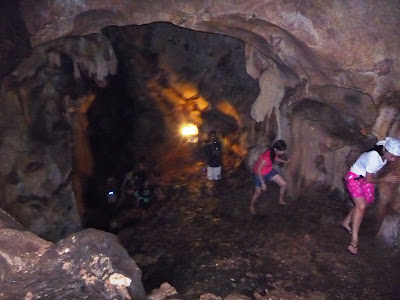 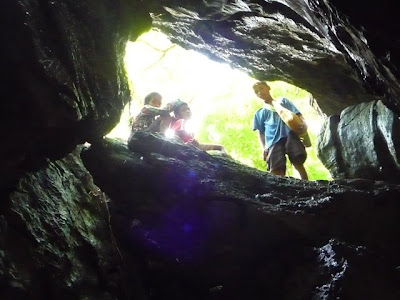 My contribution to My World-Tuesday
Posted by Unknown at 10:50 PM 30 comments 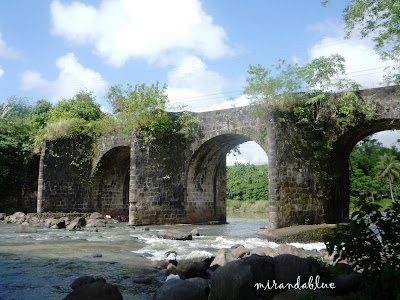 One of the few surviving arch-type stone bridges in the Philippines that was built during the Spanish regime is Malagonlong Bridge or Puente de Malagonlong. A declared historical site by the National Historical Institute, Malagonlong is a 445-foot long bridge built in 1840-1850. This was the longest bridge ever constructed during the Spanish era with approximately 100,000 adobe blocks used. Located in Tayabas, a town in Quezon province 3 hours south of Manila, Malagonlong Bridge crosses the Dumaca-a River and connects Tayabas to towns of Mauban and Pagbilao.

When I took this photo last year, motor vehicles were no longer allowed to pass this 160-year old bridge for safety reasons. A modern girder type bridge was constructed about a 100 yards from this charming stone bridge.

Posted for Sunday Bridges
Posted by Unknown at 8:52 AM 15 comments 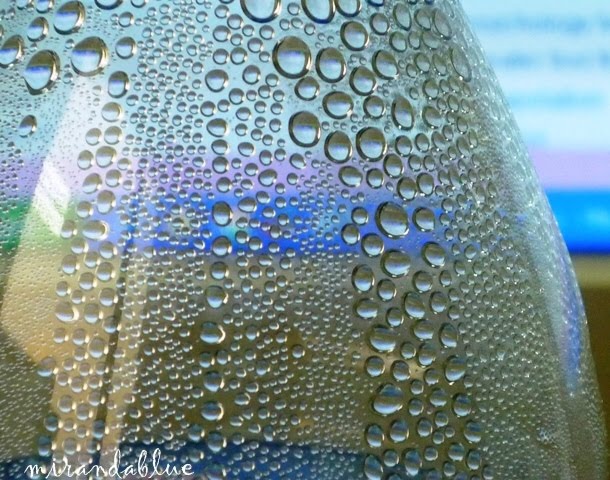 "Words are mere bubbles of water, but deeds are drops of gold."
~ Chinese proverb

The new president and vice-president were proclaimed by Congress the other day. People from different sectors are expecting the newly elected leaders to fulfill their promises of reforms and seriously address the issues of corruption that hounded the Arroyo administration. Noynoy Aquino promised "change" while on the campaign trail---I hope he would back it up with actions as soon as he assumes office. 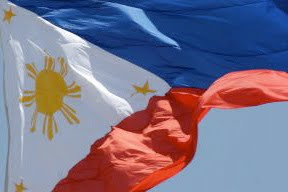 Posted for Photo Hunt
Posted by Unknown at 8:23 AM 26 comments