Hope for the Philippine Eagle 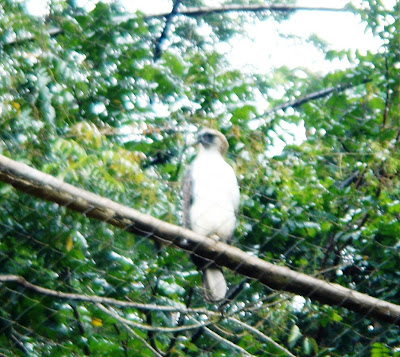 Haring Ibon
When was the last time you saw a Philippine Eagle up close and personal? Or you may be one of many Filipinos who haven’t seen our national bird except in You Tube, TV and photos in books and magazines. I have been an admirer of this gorgeous bird since I was a kid. Growing up, we had a rich neighbor who rescued eagles from hunters; we call the birds Aguila. The rich neighbor called it a monkey-eating eagle, and as a child, I couldn’t visualize a bird eating a monkey. The eagles were housed in huge cages inside my neighbor’s compound, and it was always amazing to watch the birds during feeding time---they were fed live chicken. One of my childhood fears when playing in the fields was to be “kidnapped” by a child-eating aguila.

According to Haribon Foundation, the Philippine Eagle is one of the tallest, rarest, largest and most powerful birds in the world. In 1978, the Philippine Eagle was declared as our national emblem, and in 1995 it became the national bird. By 2007, it was included in the list of the International Union for the Conservation of Nature (IUCN) as critically endangered. The Philippine eagle is also on the watchlist of the Convention on the International Trade of Endangered Species of Wild Flora and Fauna (CITES), an organization which regulates and prohibits the commercial import of wild animal and plant species, threatened by trade. Thanks to the Philippine Eagle Foundation (PEF) that is dedicated to save and protect one of the world’s most endangered birds of prey and its habitat in Davao. 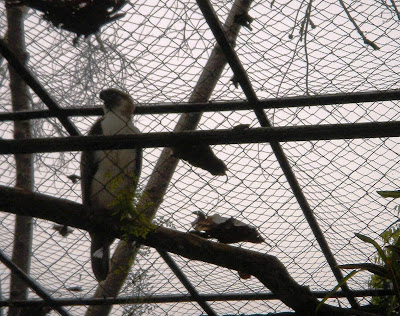 The Philippine Eagle Center (PEC) is about 30 kilometers and an hour away from the city, located in Calinan district. PEF undertakes research, captive breeding, and rehabilitation of the Philippine Eagle. The foundation was able to successfully produce the first generation of Philippine Eagles that were hatched and bred in captivity in Davao. They are “Pag-asa” (Hope) and “Pagkakaisa” (Unity).

Inside the center are huge cages where eagles are housed. It was sad seeing the magnificent birds confined in cages, but they're safer in those cages than in the wild. Walking around the center, it was evident that big corporations and individuals support the foundation---cages are marked with their names. There are now 32 Philippine Eagles in the center, 16 of these were bred in captivity. PEC also rehabilitates 10 other bird species, 2 reptile species, and 4 mammal species. I spotted a crocodile, wild boars, spotted deer, monkeys and hawks. 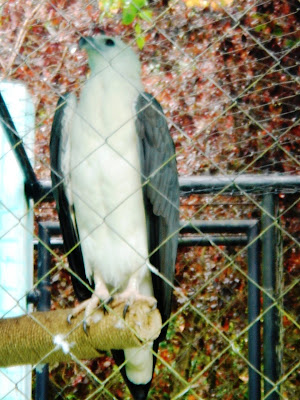 In early July, a 3-year old Philippine Eagle named “Kagsabua” was killed by a hunter in Bukidnon. The hunter alleged that he didn’t know he was shooting a Philippine Eagle---he thought it was a wild chicken. Researchers who were monitoring “Kagsabua” found the eagle’s transmitter gadget buried near a creek, and all that was left of him were some feathers and 2 avian feet. Apparently, it’s not only deforestation that threatens the extinction of our national bird but also ignorance and indifference.

Certainly, the loss of this magnificent bird from our midst would steal some of the world’s wonder. 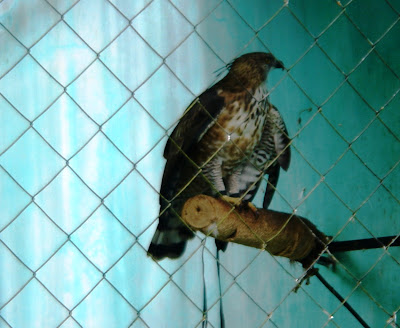 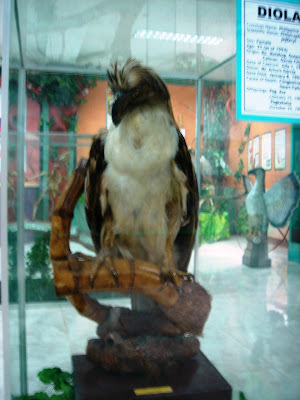 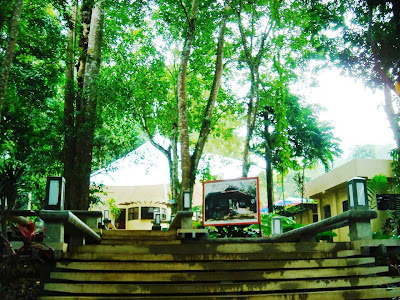 entrance to the Philippine Eagle Center 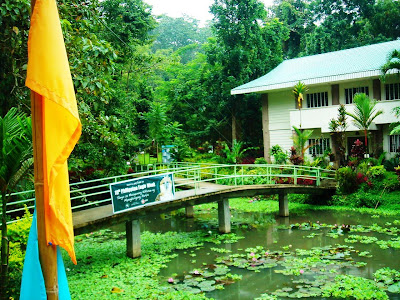 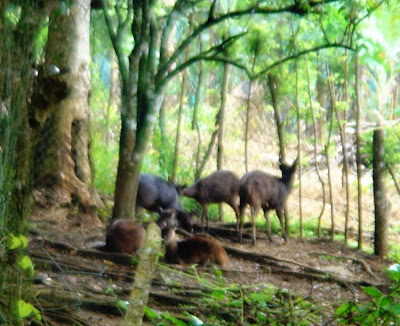 a family of spotted deer 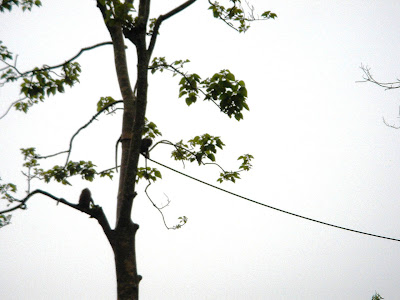 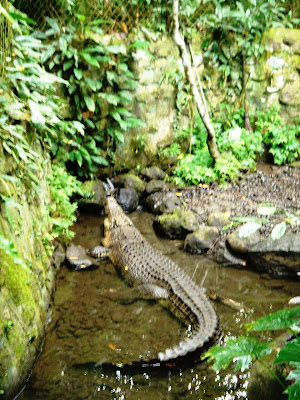 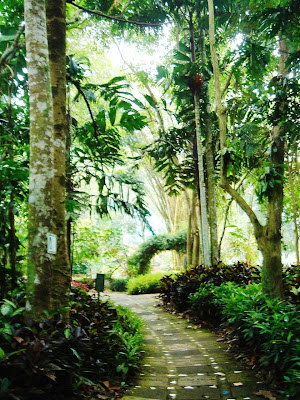 trail inside the center 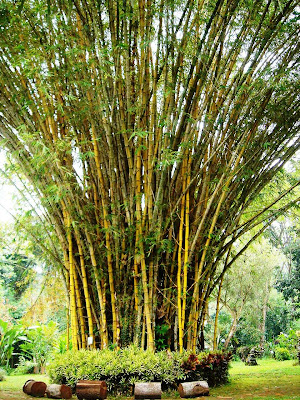 i guess i am one of those lucky ones who have seen them personally in davao. mighty birds.

just passing by to say hello! have a nice day!

never seen one yet. next year when i visit davao.

I have mixed feelings while reading your post, Luna. To point the other extreme naman---may mga taong mataas din ang pinag-aralan pero they're also guilty of killing our natural environment---hindi lang isang eagle but a whole landmass of pristine forest by giving mining concessions. The words "all for advancement" is quite hypocritical for me na! Ignorance kaya of karma?
My husband just discovered some wild boars and deers in the forest but he won't tell anyone! So, you're the first to know (hehe!)

We both know that more often than not, it's greed, Bernadette, that drives "educated" people to destroy nature and the environment. But they’re not the only ones who are responsible. Consumers who buy “goods” that are illegally and irresponsibly taken from nature are equally to blame.

Thanks for sharing your husband's find. I hope poachers are not visiting this page (hehe).

You will definitely enjoy the experience, dong.

you're right, lawstude. thanks for visiting.