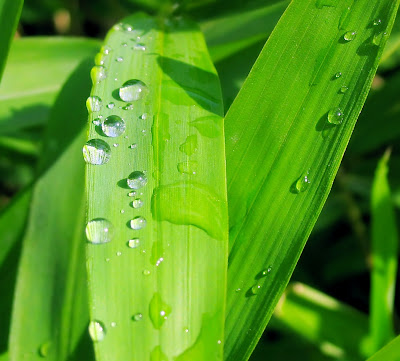 Crushes are what they are---not heavy romantic full-blown relationships, but fun and sometimes, heartbreaking. My first crush was my uncle's best friend, and I was crushed when he got married. I was 9 years old, and I sulked for almost a week! I moved on and discovered that the world was full of boys...buried my first heartache together with my paper dolls and childish wishes.

I still get teased by my brothers and cousins about my crushes. Maybe because I was always vocal about the objects of my girlish infatuations. I would announce it to the whole clan, and the boys in the family were often embarrassed by my shameless display of admiration. One unforgettable crush was a brother-in-law of my aunt's officemate. I was 14, and the boy was a high school senior, a star player in a basketball team. Stars would get into my eyes when the boy passed by our house, and I jumped like a lunatic when he smiled at me. Then a wicked cousin who was rooting for another basketball team burst my bubble by telling my brothers that my crush was too chicken to get circumcised. The boys teased me mercilessly until I threw a banana-Q stick at my brother's face that narrowly missed his left eye.

That incident didn't discourage my brothers and cousins. And I didn't care if my crushes were circumcised or not! Hahahaha

This morning, I ran into an old crush on my way to the parking lot. I didn't recognize him at first, but he looked familiar so I said hi and introduced myself (I don't know why I do that---a few times, to people that I thought I knew, only to realize that I saw that person on TV). Anyway, he was surprised (and I'd like to think, glad) to see me, and we chatted happily. Incidentally, he lives in my neighborhood, married, with an adopted daughter. We stood at the sidewalk, talking like old friends, and he mentioned a couple of times that he got married because I left him. What??? Left him??? What a load of blarney! (Pero kinilig ako do'n ha?! hehehe)

We shared an office building at Ayala Avenue many years ago. I was in my early 20's...he was a dashing guy with chinky eyes and dimpled smile, who impelled to me visit the cafeteria at exactly 3 pm whether I was hungry or not. He and his buddies were having coffee there. I was quite shameless at that age! And I bet that everybody in the building knew that I had a huge crush on the guy---from the security guard to Manong Eli, the janitor, who winked at me while I was walking towards the cafeteria. And he was charming, always nice to me and my officemates...I felt like a high school kid when he was around. After I moved to another job, I didn't see him again...it was more than 15 years ago!

I'm glad to see him still looking good, obviously happy. Now, the question that I always dread: "Why are you still single?" he asked. I retaliated by saying---kasi di mo ako niligawan n'on! I'm bad! But talking to him again after all these years has excited my molecules, and brought a smile on my face the whole morning.
Posted by Unknown at 3:10 PM

I asked my sisters why nobody had a crush on me when our Inay thought I was cute and handsome. They said our Inay saw me through a mother's eyes but I was actually nakakatacute and handsama LOL.

BTW, that Patapat Viaduct is "cute." I travelled through Patapat when I was working for the government decades ago and all I could remember was a nightmarish excuse for a dirt road.

You're lucky, you have a fan in your Inay. My nanay was and still is my worse critic. But I guess mothers are more fond of their sons than daughters.:D

Wow, it used to be dirt road? I can imagine how scary that was...the place is isolated, and not well-lighted, even with this concrete and modern viaduct. It's a wonderful place to drive though...walang kalaban!:D

Thanks to my dear younger (and one and only) sister, I grew up believing that I was ugly and unloveable, that I was meant to be heard and not to be seen.

Sayang. Looking back now, I regret all the time I wasted by not acting on some of my crushes. Hehe Naks! :D

Sisters can be emasculating!:D My brothers are lucky...I've always been kind to them despite their penchant for tormenting me.:D

Hey, it's not too late! Haha