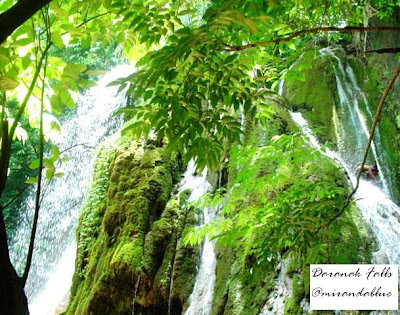 Daranak Falls, Tanay, Rizal
I don’t know about you but I laugh at myself regularly. It makes life seem less of a struggle. I know a lot of people who take themselves and their lives too seriously that they refuse to admit the absurdity of some of the things they do and say. Not that everything in life is a laughing matter. But I’m sure you meet people who have a chip on their shoulders.

I have a friend who spends much of her time complaining how everyone in her office is talking behind her back. She’s incapable of shrugging off even the most inconsequential things. She’s crabby, touchy, angry and self-righteous. Ewwww! I hope it’s not you!

It takes courage to laugh at oneself. I feel less tension, less worry and I feel so much better when I laugh at myself. It gives me the ability to put things in their proper perspective. 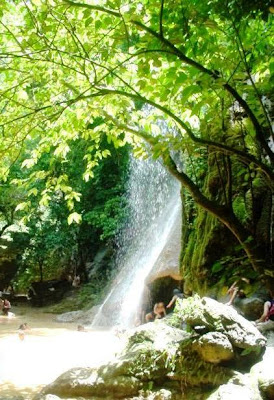 I have a co-worker (I hope he’s not reading my blogs! hehehe) who is almost incapable of poking fun at himself. He has a certain image that I guess he had worked very hard to maintain, and the harder he tries, the sillier he seems to the rest of us in the office. Laughter is a gift. I guess God must think some parts of life are pretty funny, or He wouldn’t have given us a sense of humor.

One advantage of laughing at yourself is that you don’t hurt anyone in the process, and you may just brighten someone’s day through some self-depreciating humor. I know some people who are highly sensitive….they’re insecure, and laughing at them is cruel. So I’d joke about my own eccentricities. It’s like releasing a built-in safety valve…and steals power from my troubles. 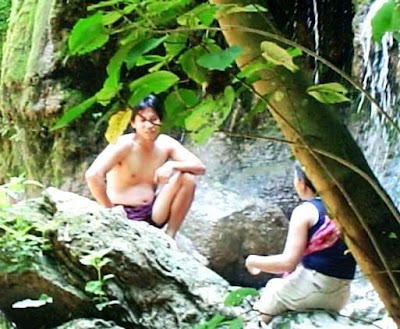 Joan and Don talking about the brids and the bees :D
Desperation can make some of us too serious. We see every first date as a life-or-death situation. We tense up on meeting new people, terrified of making a bad impression. We try too hard because it feels like the fate of the world depends on whether this person likes us or not. But really...it's not who you are that holds you back, it's who you think you're not. I got that from an [old], wise friend.

"When people are laughing, they're generally not killing each other." ~Alan Alda

It took me a long time not to judge myself through someone else's eyes. I used to be my own worst enemy, but living on my own for years has taught me to become my own bestfriend. I’m more comfortable with who I am. I like the person I’m becoming, and brave enough to admit my own quirks. One of life’s greatest accomplishments is to learn to like who you see in the mirror. When you’re self-assured enough to laugh at yourself, you’ve made real progress toward that goal.
Posted by Unknown at 3:22 PM

are you from negros too? it's my first time to visit your blog and i enjoyed reading your latest posts...

Hi ifoundme! Yes, I grew up in Negros. I'm glad you enjoyed your visit. Hope to see here again.:)

that's great! i've been trying to find bacolodnons and negrense bloggers and i'm glad i found you. LOL! :)

Glad you found me, ifoundme!:D You're looking for kasimanwas pala. I haven't lived in Negros for more than 20 years now but I still consider my self an FBI (full bloodied ilongga).:D

hi, Luna! Finally, will stop being a lurker :-)...great post on laughing or laughter without malice. I have a group of friends who meet just to laugh about ourselves. Miss them! Luaghter makes you jiggle a lot as well as polish on witty remarks. Like the quote of Alan Alda too!

Hi, Bernadette! Welcome! To laugh at oneself is indeed good for the soul. I have those kind of friends, too. It sure is great to share laughter with friends.

We need such moments. We can't really take life too seriously for otherwise we would go insane.

I laugh at myself too but if there are moments when I can't do it, I blog. Hehehe :D