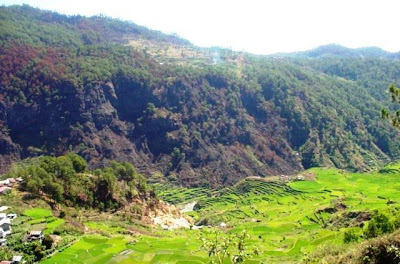 Kiltepan Viewpoint
While we’re enjoying the cool January weather, summer will be here before we know it. For the past 2 weeks, my friends and I have been talking about places to visit this summer. I’ve been dreaming of visiting Batanes but I learned yesterday that only Asian Spirit flies to Batanes. A bad experience with a small plane from Boracay to Cebu a few years back made me re-think the Batanes trip.

A trip to the mountains is my second option---Bukidnon, Mount Isarog or Mount Pulag. According to a Feng Shui expert (hehehe), it would be safer to go to the mountains instead of going to the ocean, so good-bye El Nido.

If you’re thinking of going to the mountains this summer, why don’t you try Sagada?

Sagada is a town in Mountain Province, 275 kilometers north of Manila (100 kilometers from Baguio). A 6-hour bus ride from Baguio or a 10-hour bus ride from Manila to Banaue plus 2 jeepney rides from Banaue to Sagada. Sagada has caves that can be explored even by trying-hards like me, with the aid of a local guide, waterfalls, underground river for the more adventurous and mountains great for hiking. The place has a quiet serenity only found off the beaten path. 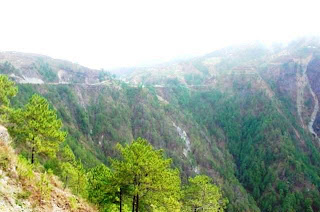 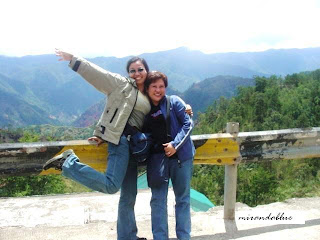 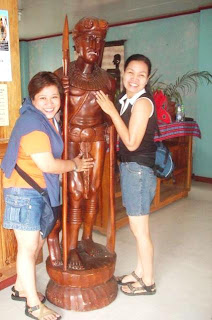 molesting Machete, Igorot Inn
Sumaging Cave is an exciting cave to explore. It has fascinating chambers and rock formations---there was a ‘cauliflower’, ‘rice granary’, ‘dancing hall’, etc. The guide even showed us a sea shell embedded on the cave’s wall. A part of the cave known as the ‘tunnel’ consists of a series of tiny passages requiring us to crawl on our hands and knees. And to cross from one cavern to the next, we had to hang on by the rope...there's a lagoon below. 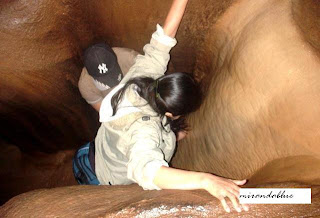 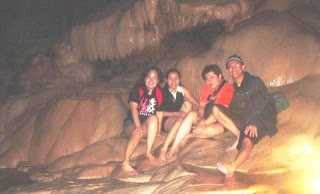 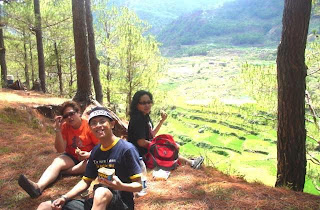 lunch break with a view 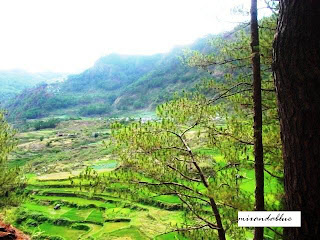 During the pre-Christian Sagada, the caves served as burial grounds for the locals. At the Echo Valley, hidden in the dense foliage are the hanging coffins “hanged” from the limestone cliff. The hanging coffins will be there for as long as the elements would allow them. They're precious tokens from a fabled past... adding mystic to an already mystifying place. 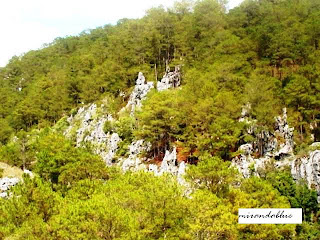 It took us about 4 hours to reach Bomod-ok Waterfalls by foot. Isza and I were the weakest link; our friends had to wait for us most of the time while we crawled our way up. But the refreshing scenery was more than worth the effort. There’s a crystal pool at the foot of the waterfalls where a swim invigorated our tired bodies. 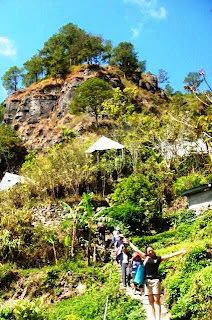 trek to the waterfalls 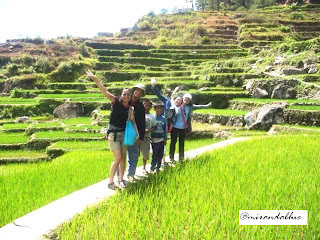 In this trip to Sagada, we met new friends---officemates Mercy, Rose and Lindsay from MetroBank and college buddies Don, Tina and Cynthia. These new friends accompanied us a few months later to explore a cave in Tanay, Rizal. Don invited us to join his group to Mount Pulag last November but I got scared. I can only manage small mountains.:D 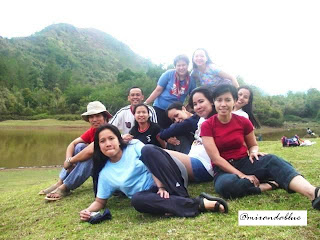 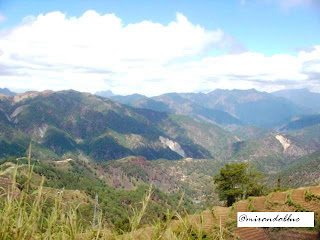 breathtaking Benguet countryside
on our way back to Baguio 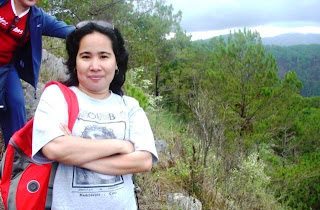 Sagada locals are inherently friendly, hotels are clean and afforable, food is good, with fresh vegetables and fruits. When the heat of summer hits the city, and you're wiping the sweat on your forehead, think of the cool mountain air in Sagada...then pack your bag and start an adventure.
Posted by Unknown at 4:40 PM

never been there, kelan kaya ko makapunta dun, been hearing raves about the sagada experience from friends as well

you should visit Sagada soon, pusa. the long trip is all worth it. :)

thanks for the award...will check it out later.

=) i have another award for you! its the season of blog awards LOL

I've heard much about Sagada...when I last visited Baguio, a friend was asking us to go with him to Sagada but I was a little scared because I do not have an idea as to what its like...but seeing your photos seem I shouldnt be scared...magandang mag-hiking at rock climbing! =D

I love Sagada... need to go back there some day...

You believe in Feng Shui????

Hi Sidney! I'd love to go back to Sagada, too.

No, I don't really believe in Feng Shui. It was actually my mom who told me about the Feng Shui advice of going to the mountains. She said there will be water accidents this year.:D

Ax Luna, seems my comment got flushed... =D I have never been to Sagada, a friend who oftens the place invited us when we were together in Baguio (2001) but I was hesitant.

If I have seen your photos first, I would have accepted! really abreak from the busy city!

Hello, Gzel. Sayang you didn't go to Sagada when you were in Baguio. Well, you can still visit the place someday.:)

Yes, it's a quaint little town...the peace and quiet, not to mention the exercise, were a welcome change from my everday life in the city.