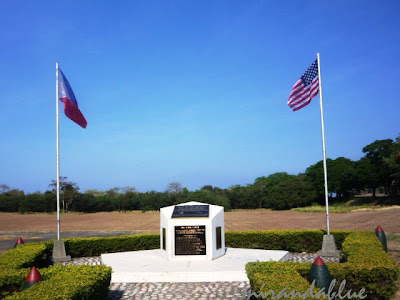 old flag poles and a memorial marker
I intended to spend the long weekend at home to get some chores done before the long Lenten holiday. But by some weird twist of fate, I found myself aboard a navy ship just after midnight of Sunday. The ship was sailing to the island Corregidor at 2 am [Monday morning]. How I got there with my two friends was comical. But before I tell you how we got to the ship, here are some snapshots of my first visit to Corregidor, the island fortress, on Monday morning. 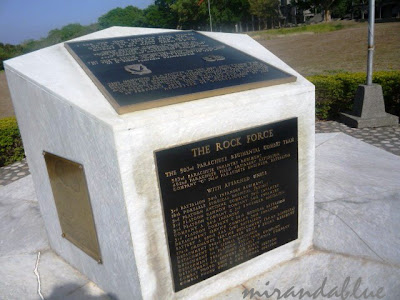 A memorial marker dedicated to the men and women who defended and recaptured Corregidor during World War II. This marker was dedicated by Brigadier General George Jones (Ret) and the former members of 503rd Paracute Regimental Combat team and their families. 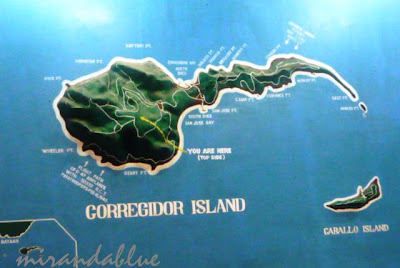 Corregidor is a small rocky island about 48 kilometers west of Manila, strategically located at the entrance of Manila Bay. This island stands as a memorial for the courage, valor and heroism of its Filipino and American defenders who bravely held their ground against the overwhelming number of invading Japanese forces during World War II. 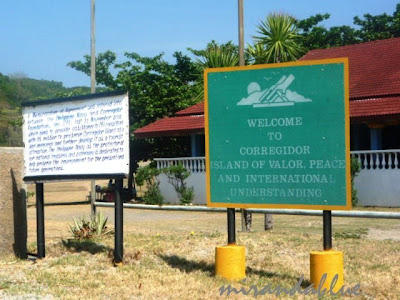 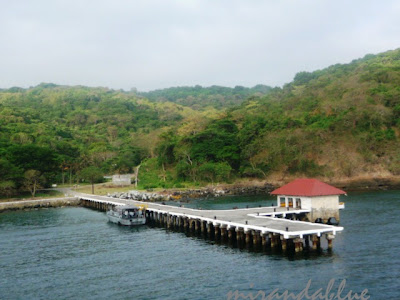 the pier of Corregidor Island 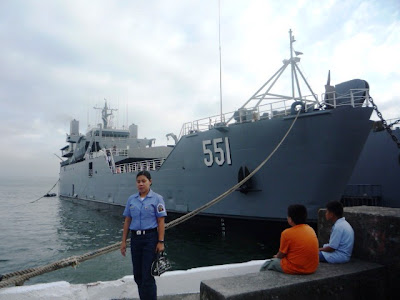 This is the ship that brought us to Corregidor---BRP Dagupan, a landing craft tank (LCT) of the Philippine Navy.

Back to my story of how we got to the ship...Sunday night, my friend SP, who is going back to Dubai on Wednesday, called and invited me to dinner. She wanted to savor Manila one more time before going away again for a year. With another friend, we went to Roxas Boulevard, had dinner at Max's and strolled along the Bay Walk towards CCP and Harbor Square. Without the blaring music and bars, the Bay Walk can now be enjoyed by people who just want to catch some breezes on a humid night. Sadly, the benches also serve as sleeping beds of the homeless, and it's where the stench of Manila Bay hits you. We passed by Manila Yacht Club, then the headquarters of the Philippine Navy until we reached Harbor Square. While having a beer at Yakitori, I noticed the docked naval ship and there were lots of people and movement in the ship. It was about half past midnight when we curiously walked back to the gate of the navy headquarters and asked the MPs if we could go inside the ship---I've never been to a military ship before. The MPs told us that only dependents were allowed in the ship. "Well, we could be your dependents," I teased the MP. We were joking around with the four MP's, I even took their photos. Then the older MP said that the ship is leaving for Corregidor at 2 am to bring the veterans and their families there to celebrate Bataan Day in the morning. Half-joking, I asked the MP if they could smuggle us into the ship---we've never been to Corregidor, the package tours are just too expensive! The older MP was texting while telling us of the activities in the ship, the band of the Philippine Marines was on board, that there's probably no food on the island except for packed foods for the veterans and their families. Then he asked, "Are you sure you'd like to go to Corregidor?" Yesssssssss, was our collective answer. He instructed the younger MP to bring us to the ship after telling us that if anyone would ask, we are his dependents! 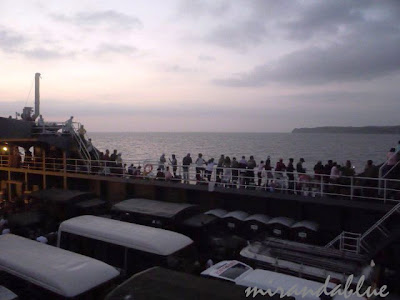 dawn aboard BRP Dagupan
The belly of the LCT was loaded with military trucks, an ambulance, vans for medical personnel, Portalets and hundreds of veterans and their families. After we found a nice place at the stairway, we looked at each other and wondered out loud if there's an ATM machine in Corregidor! Oh, I forgot to mention that we shopped at the Harbor Square's tiangge and ordered a bucket of beer and pulutan at Yakitori before pestering the MP's at the gate. I had 900 pesos in my wallet, S had no cash left and SP had 300 pesos. We threw our worries to the sea and settled in for a 4-hour trip to The Rock. 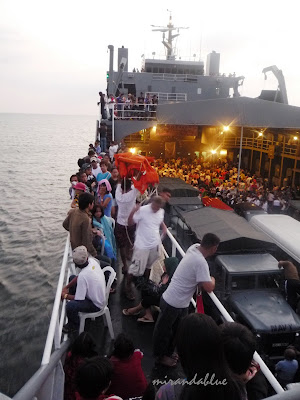 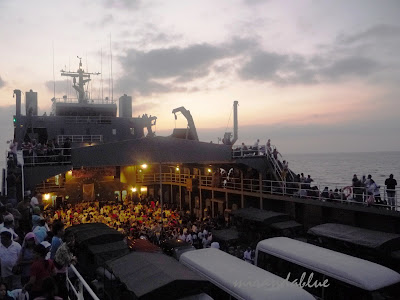 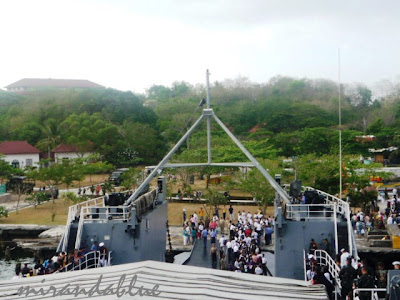 We arrived at the island around 6 am and before we explored Corregidor, we climbed three flights of stairs to reach the bridge. Our benefactor instructed us to say hello to Ensign Lea, a junior naval officer of the ship, to let her know that we're on board [because we were not registered in the manifest]. Ens Lea was nice enough to assure us that she'd make sure we'd be allowed to board on the return trip to Manila. 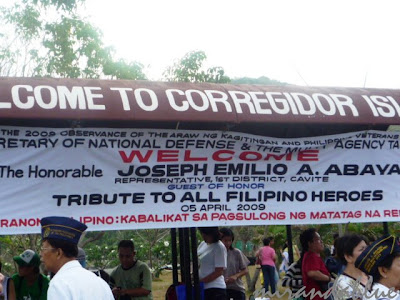 That's huge ship that you've traveled in. I'm sure it was a pleasant weekend for you :)

Thank you for the history lesson, great photos, and fun story!

ay ang swerte nyo ha. and it nice of them to let you in.

at 1st i thought the shots were in US heheh not until I read it.. Naku sarap siguro mapunta dyan sa mga historical places natin..

I hope your benefactor will not be reassigned to Mindanao to go after the Abu Sayap gang after his supervisor read your blog LOL. Biro lang! It always make me feel good to know there are still a lot of people on earth who'll go out of their way to help others in any way they can, with no expectation of a reward.

Fantastic photos! Must have been quite a trip.

I like the photo of the pier, with the hills rising behind it.

Tink *~*~*
Feeding the birds can be hazardous to your vacation

Now that was a fun weekend. Guess, no sleep. Love the beautiful early skies. Looking forward to see more photos.

never been to Corregidor, thanks for sharing this:)

wow! lucky you! and the MPs are really nice to accommmodate you all:) I've been to Corregidor before and it was really a nice experience for me. All Filipinos should get there to get reacquianted with our past and heritage.

What a neat story -- I'm glad you got to board the ship and that you could share it with us.

Wow. I enjoyed reading your experience. Hope to be in Corregidor by 2011. :)Cagayan de Oro philippines