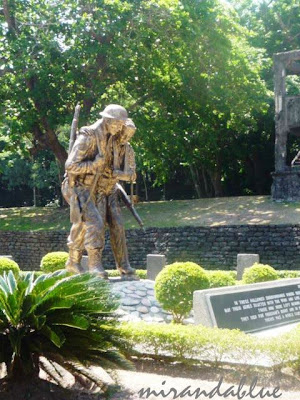 
A ten-foot high statue that commemorates the friendship and shared war-time memories of Filipino and American soldiers. The Fall of Bataan and Corregidor were pieces of history, a few chapters in our high school text books. We memorized the date, April 9, 1942--- it's when the American and Filipino soldiers surrendered to the invading Japanese army. For somebody who didn't experience war and was too young to understand it, it was just a date to be remembered in history class.

I remember the look on my grandfather's face when he talked about the war, the death march, the cruelty of Japanese soldiers, the hunger his family experienced, how living underground felt like.

The Battle of Bataan was said to be the most intense phase of the Japanese invasion of the Philippines. When the Japanese renewed their offensive, the American and Filipino soldiers who survived on the Bataan Peninsula were so weakened by disease and starvation that they were unable to offer any effective resistance. Trusting the mercy of the Japanese, the American commanding officer of Luzon surrendered his troops on April 9th. It was the largest surrender in American and Filipino military history, and was the largest American surrender since the American Revolution.

Before the surrender came into effect, female army nurses were transferred to the island of Corregidor in the hope that they might be evacuated from there. But the Japanese did not follow the European tradition which usually honors troops who surrender after a gallant defense and treats female captives with respect and compassion. Infuriated by the lengthy resistance in Bataan, the Japanese vented their rage on their sick and exhausted prisoners of war---more than 60,000 Filipinos and 15,000 Americans were forced into the hellish Bataan Death March. 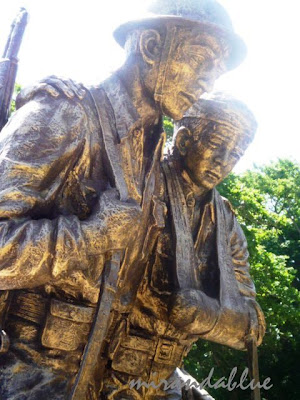 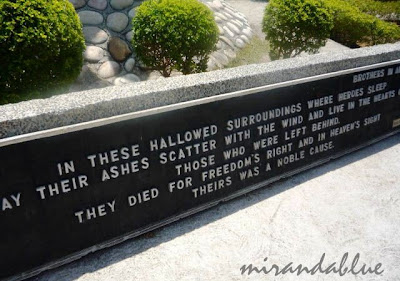 "In these hallowed surroundings where heroes sleep, may their ashes scatter with the wind and live in the hearts of those who were left behind. They died for freedom's right and in heaven's sight. Theirs was a noble cause." 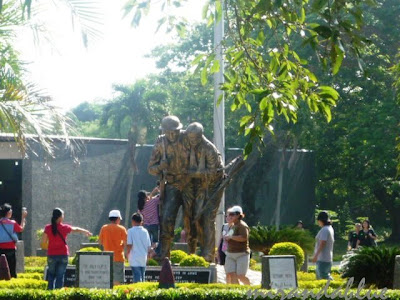 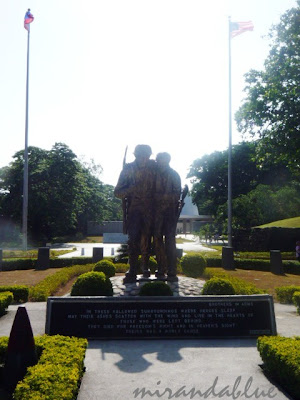 The surrender of Bataan would push the fall of Corregidor 27 days later. The 11,000 defenders of Corregidor held out under intense Japanese bombardment until May 6, 1942. With some 12,000 shells crashing onto the island every 24 hours, women and children who huddled deep underground in the Malinta Tunnel bled from the ears from the concussive effect produced by the earth-shaking explosions.

The brave defenders of Corregidor were subjected to the same appalling brutality that had been inflicted by the Japanese to the survivors of Bataan.

In March 1945, Corregidor was recaptured by the Allied Forces from the Japanese.


Every year on April 9th, survivors of the Bataan Death March and World War II veterans are honored on Araw ng Kagitingan (Day of Valor), also known as Bataan Day, a national holiday in the Philippines. 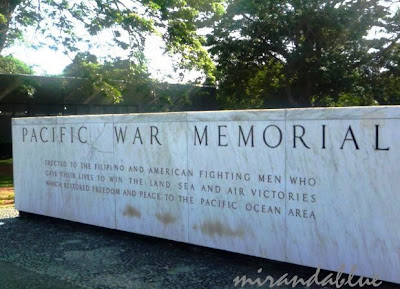 The Pacific War Memorial was erected in 1968 to honor the Filipino and American servicemen who participated in the Pacific War. There's a circular altar under a dome that symbolizes a wreath of victory. The memorial also houses a museum that serves as the repository of relics and memorabilia related to the history of Corregidor. 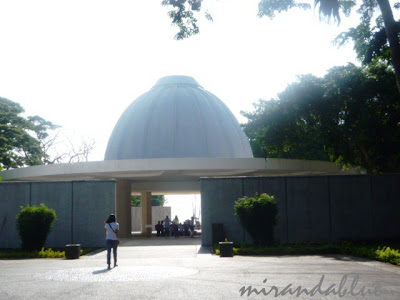 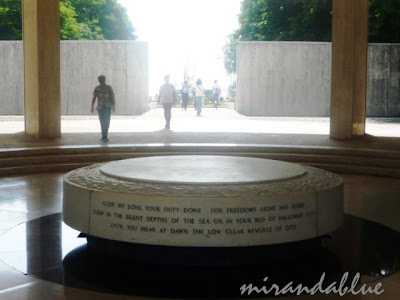 "Sleep my sons, your duty done, for Freedom's light has come; sleep in the silent depths of the sea, or in your bed of hallowed sod, until you hear at dawn the low, clear reveille of God." 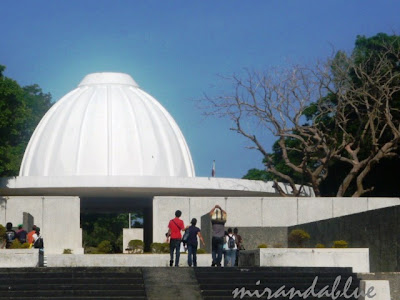 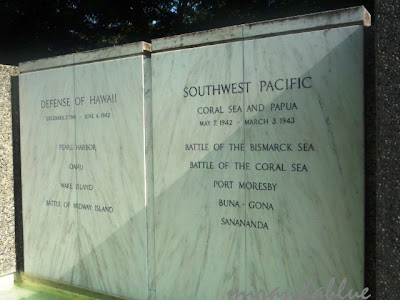 walls leading to the Eternal Flame 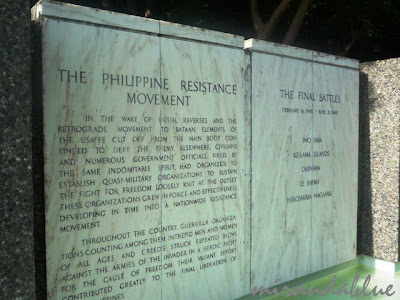 The Eternal Flame of Freedom is a huge steel sculpture designed by Aristides Demetrios. It symbolizes the sacrifices, hopes and aspirations, and the heroic struggle of both Filipinos and Americans to preserve freedom for future generations. 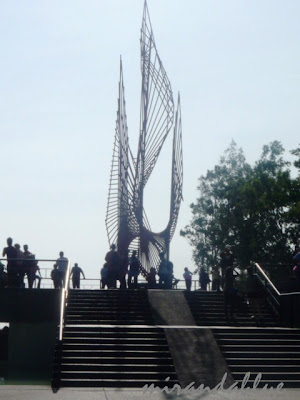 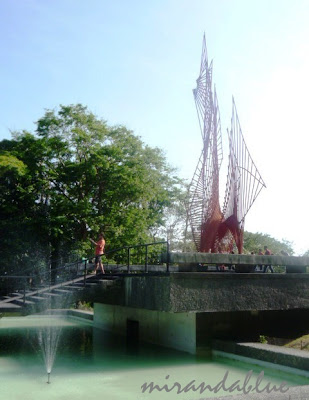 The heroes of Bataan and Corregidor, Filipino veterans who survived World War II. Old and frail, they're still struggling and waiting for the Filipino Veterans Equity Bill to benefit some 17,000 surviving World War II veterans. It's been 67 years since the Fall of Bataan and Corregidor...I hope the Filipino veterans would finally be able to claim the recognition and benefits they've been fighting for more than six decades. 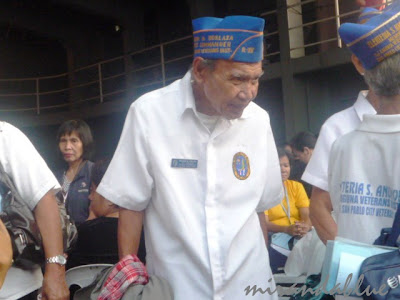 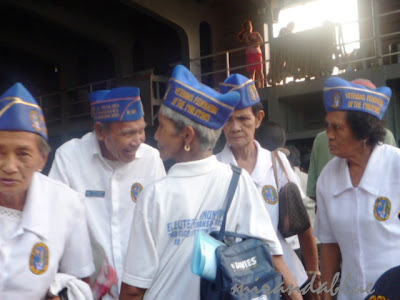 A superb tribute to brave men and women. Happy WW

A great statue/place in memory of those that lost their lives.

This photos reminds me that we should be thankful that we didn't experience this war.And we should vakue our INDEPENDENCE! Mabuhay! :)

In the US we are not taught about this. We beat out breast over our mistakes and forget the rest. Thank you.

What a wonderful tribute to the vets :)

A fitting tribute to those who served so courageously. Well done. Well done indeed.

Great post. Thanks for the history and the wonderful photos.

That is quite a powerful story, and fitting memorials. It is great to see the people of both countries memorialized together in this way.

A very interesting blog post...yes we shouldn't forget all those people who fought for the country !

wow! seems you had a great trip! When I hear of the bataan death march it reminds me too of that in Poland....and the gestapo in this zone :( Anyway, enjoy your weekend! Kami, we're having a lovely sunshine!

I haven't been to Corregidor. I plant to bring the kids there... Thanks for sharing!

Nice to see some good old soldiers still visit the place they have defended against the Japanese.
This is a fantastic photo-essay about the bravery and gallantry of the Filipino soldiers.

Great tribute and a nice post! I read a book after meeting a Filipina about the atrocities committed by the Japanese against the Filipinos. This brought to mind some of the tales told in this book.

This is a marvelous post. I was born during Vietnam, and I never had appreciation, understanding of the impact of this war0, the impact upon the lives of people I know, the impact on the world as a whole.

Only in recent years have I begun to learn about this time in history.

One of my friends is a man I who remembers being kept in a cave on Bohol during the time of Japanese occupation. He has shared much with me.

I pray I al ways remember to be open to learning things. Keep sharing

im sure the experience was great. being there alone is already fulfilling what more with anb event that commemorates our heroes.

What a wonderful tribute to brave men and women of two nations! Thanks for sharing this with us.