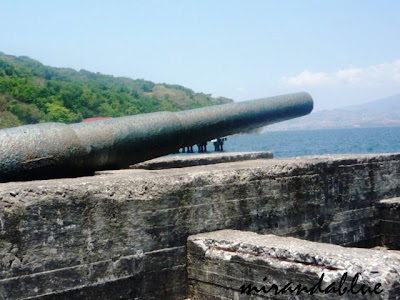 One of the 56 coastal guns in Corregidor's defensive arsenal constructed before World War I. During Spanish colonization of the Philippines, Corregidor served not only as a fortress of defense and a penal institution, but also as a signal outpost to warn Manila of the approach of hostile ships, and as a station for Customs inspection. Corregidor comes from the Spanish word corregir, meaning "to correct." One story says that, due to the Spanish system wherein all ships entering Manila Bay were required to stop and have their documents checked and corrected, the island was called Isla del Corregidor (literally, Island of Correction). Another version claims that the island was used a penitentiary institution by the Spanish and came to be called El Corregidor.
In 1902, the island was organized as an American military reservation. By 1903, a convalescent hospital was established by the United States Army. In 1908, a Regular Army post was established on the island, designated as Fort Mills. By early 1909, the United States Corps of Engineers was assigned to Corregidor and started on the construction of concrete emplacements, bomb-proof shelters, and trails at various parts of the island. The pioneer engineer company left Fort Mills on March 1912.

Corregidor's defeat in 1942 marked the fall of the Philippines and Asia, but Imperial Japan's timetable for the conquest of Australia and the rest of the Pacific was severely upset, and Japan's advance was ultimately checked at the battle for New Guinea and at Guadalcanal, the turning point in the Pacific War. 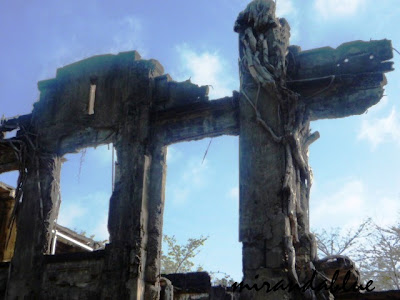 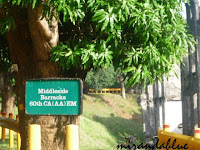 The barracks were constructed using advanced concrete construction technology of prefabricated and modular metal lathe reinforcements. The buildings were designed for tropical climate, with high ceilings, wide capiz shell sliding windows and perimeter galleries to allow good ventilation and protect the rooms from direct heat of the sun. The Middleside Barracks were destroyed by Japanese bombs on December 29, 1941. 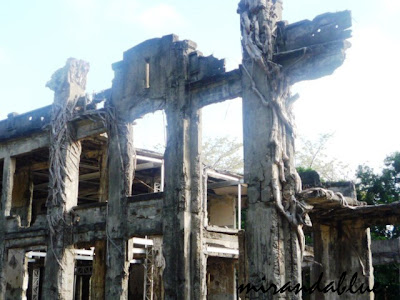 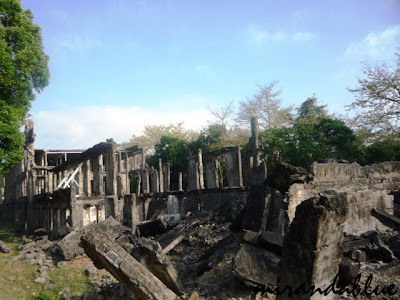 One of the best and most effective defense of Corregidor during the Japanese seige was the Battery Way. A "battery" in military terms refers to a group of guns placed together in a given area. Battery Way was one of the coastal batteries in Corregidor. Set up of the Battery Way started in 1904 and completed in 1914. Armed with four 12-inch mortars, it was capable of lobbing a 1000-lb deck piercing shell or 700-lb high explosive shell 14,610 yards in any direction. This gun emplacement was equipped with anti-personnel firepower and designed to penetrate warships and any enemy entrenched on higher grounds in Bataan. It's firing elevation was from 45 degrees minimum to 70 degrees maximum, its rifled bore is 10 feet long and 14 men were needed to fire each mortar. Battery Way was the last of Corregidor's "concrete artillery" to cease firing before the surrender of Bataan. 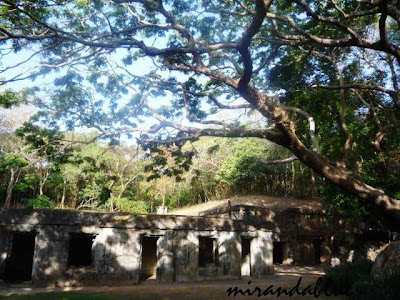 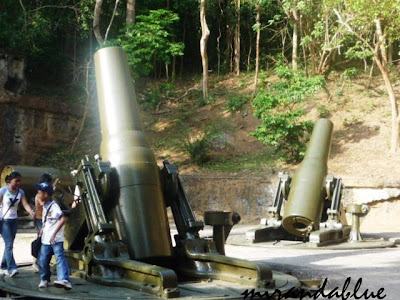 two of the 4 mortars 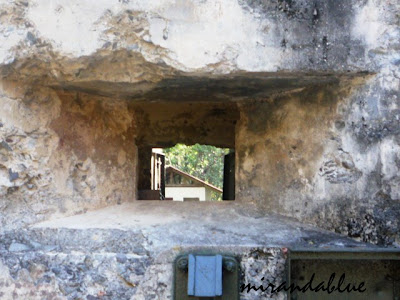 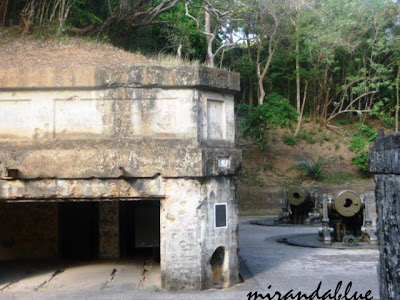 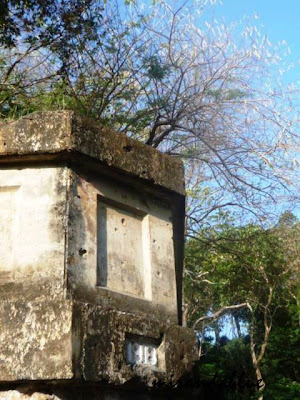 Standing for more than six decades as a war relic, this giant gun at Battery Hearn still looks scary. The sheer size of this cannon made my jaw drop. This cannon had a range of 17 miles, and used 1000-lb projectiles. During the seige of Corregidor, Battery Hearn pummeled enemy troops as far away as Naic, Ternate and Puerto Azul, as well as different areas in Bataan within its range. 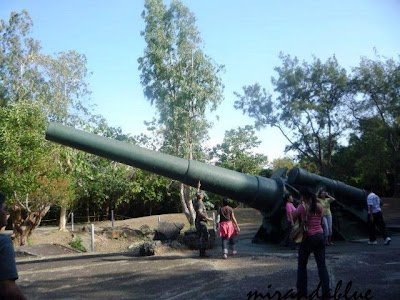 Set up by the Americans in 1918 and completed in 1921, Battery Hearn has one of the largest guns in Corregidor. When it was test fired, it was said that every window in the island was shattered.

Entrenched in a hollow on Corregidor's southern coast, Battery Geary was instrumental in defeating a Japanese landing at Longoskawayan Point in Bataan, firing for 4 days. Battery Geary was invisible to the Japanese because of its position, but the Japanese aerial reconnaissance soon discovered its location. The Japanese opened a 2,600 round barrage against the battery and a 240 mm round penetrated the center magazine, detonating a massive explosion of 40 tons of explosives that totally destroyed the battery. Members of its crew were vaporized as the twin ton mortar barrels were blown hundreds of yards across the ridges, leaving a large crater where the magazine formerly was. 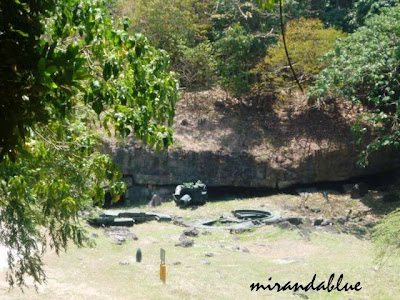 The big guns of Corregidor have been silent for more than 60 years. The ruins of barracks and structures tell a gripping story of a war that claimed so many lives. Indeed, freedom is never free.

Love your shots, Luna. Can't wait to visit the place.

It's seem that Manilla like Indonesia right? they have same athmosphere and beautiful scenery :)

i love history. id love to go there someday.

Thank you for introducing me to your part of the world.

with this post, there's no need for me to visit corregidor. so detailed. i particularly like the ruins shots. nicely captured.

Gripping. These leave me speechless.

I've heard and read so much about Corregidor that it was a real treat to be able to see pictures of the island and its defenses.

Beautiful photos! It's nice to look back in history and appreciate the significance of historical events.