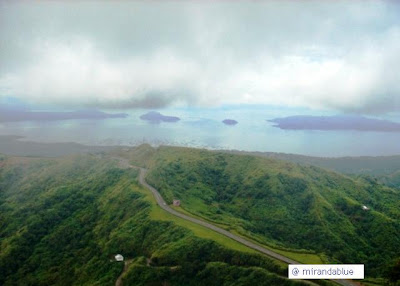 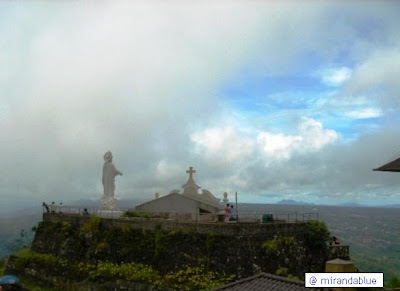 view from the Palace in the Sky 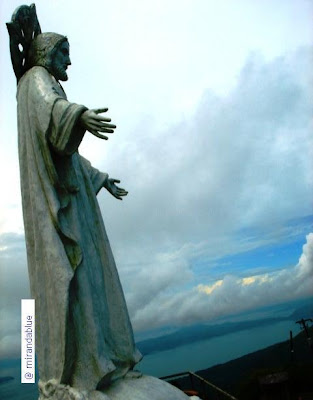 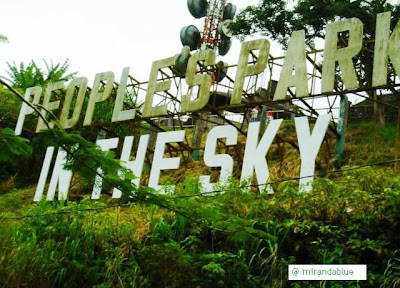 On a clear day, Taal Volcano is best viewed from Tagaytay City ridge, the highest point in Cavite at 640 meters above sea level. The People’s Park in the Sky, formerly known as the Palace in the Sky, stands on the highest point of Tagaytay City. It was built for the official state visit of the former US President Ronald Reagan, but Reagan cancelled his trip due to political unrest during that time. It’s an unfinished 4-storey structure that offers the most spectacular view of Tall Lake and Volcano, Laguna de Bay and Manila Bay. The palace was crumbling the last time I was there---it’s hard to imagine the affluence it enjoyed during the heyday of the Marcoses.

This is fascinating stuff! Ronald Reagan, huh. Sorry about that. I'll withhold political comment.
Thanks for the great pics of a very interesting place.

This place has a great view! very nice!
My Sky Watch Friday posts

Spectacular views and very informative too.

Perfect entry for skywatch... all I can say is that "you'll be the sun in somebody else's sky"...LoL! Mine's up too hope you can drop by...

Wow. This is gorgeous. Your country is rich in beauty.

Luna, I live about 20 minutes drive from there =D

This as got to be one of my favourites this week... and it's not the picture butthe facts that have mde it so... Great Sky Watch post...

Great catch for SWF! God and Nature first made us what we are, and then out of our own created genius we make ourselves what we want to be. Follow always that great law. Let the sky and God be our limit and Eternity our measurement.... Happy weekend! Mine's up too hope you can drop by..

Amazing shots, thank you for posting them!!

Astonishing images. Haven't seen anything as close as this for skywatch this week. Very informative text too. Great post all round.

Wonderful pictures. I've been to the Philippines twice but each time it was for work and I didn't get to see much of your lovely country.

never been to palace in the sky but i've been to tagaytay highlands. we tried the cable car and played tennis there. i love the place.