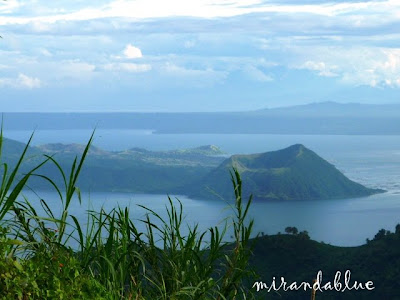 We had a long weekend to commemorate the National Heroes Day on August 31st. Sally and I wanted to go to Puerto Galera for the weekend but it rained so we cancelled our plans. On Sunday afternoon, I drove to the Mall of Asia to meet my sister and cousins for dinner. Tita Azela, my aunt and Zhallyn, my sister, went to the movies with Jan and Zyke, while Sally, Franzia and myself, watched Lisa Macuja. Late Sunday night while eating bibingka (rice cake) and spicy kebab, we suddenly made up our minds to take a road trip. Pangasinan and Subic were our options but we ended up driving to Tagaytay after midnight.

From the Tagaytay ridge and Picnic Grove, I took these photos of Lake Taal and Volcano on Monday afternoon. Lake Taal is a freshwater lake located in a caldera formed by very large eruptions between 500,000 and 100,000 years ago. The active Taal Volcano, a part of the Pacific Ring of Fire, which is the one responsible for the lake's sulfuric content, lies on an island in the center of the lake. The island is called Volcano Island, or "pulo" by the locals. Inside Volcano Island is another lake, about 2 kilometers across, called Crater Lake. Within the Crater Lake is another small volcanic island called Vulcan Point. Vulcan Point is often referred to as the world's largest volcanic island within a lake on an island within a lake on an island. Now I know you're confused!

Visualize these---Vulcan Point within Crater Lake, on Volcano Island within Lake Taal, on the island of Luzon. See? :P

Many believe that Lake Taal is also a crater of a volcano, thus making Taal Volcano "a volcano inside the volcano". 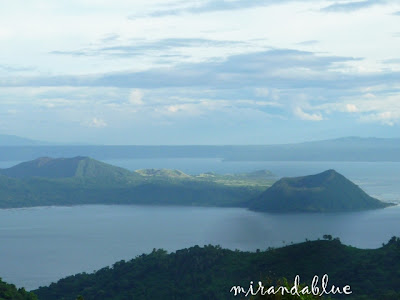 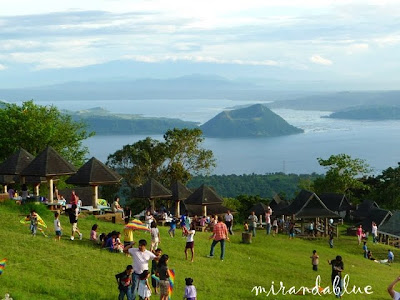 view of Lake Taal and Taal Volcano from Picnic Grove

Posted for Watery Wednesday
Posted by Unknown at 8:52 AM

Great views...last time I was there I didn't see anything due to the low clouds...

What a beautiful place to visit. You captured the scenes so well.

A crater within a crater, did you have fun at the Picnic Grove?

Lovely view!
I already posted once in Watery.

Great photos of a beautiful area. I especially like the shot from the picnic grove. Interesting info also.

Great scenery and fine pics of the water.

The photos of Lake Taal and Volcano you took are simply beautiful! I was there in year 2002 but I didn't bring my camera. :(

I hope to visit it again when I go back for another visit.

What a magnificent view you have from that beautiful mountain side.
Thanks for stopping by :)

Crater Lake and Taal Lake are like sisters separated at birth.

wonderful photos. Volcanos are so mysterious as they bubble up from deep in the earth.
Spirithelpers

Lovely view. Nice photos of the craters. I was also interested to see the photos of Cebu City. My wife wants to take me to visit Cebu sometime as that is where she graduated from college.

Wonderful lake with the volcano smiling up at me.

This is a gorgeous landscape! I'm envious that you could just decide to go on a little roadtrip and get there. :)
I could see myself in the picnic grove for sure - lovely.