A visit to Davao Museum 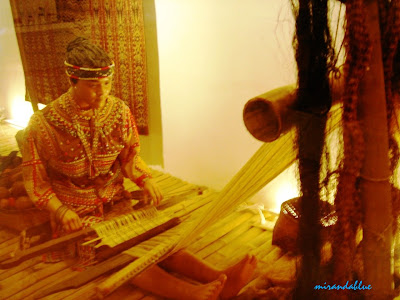 A stopover at museums is one of the things I enjoy when visiting a place. It’s usually useful to look into the past to have a perspective of a place and its people. Davao City, a melting pot in Mindanao, is inhabited by various tribes and migrants from all over the Philippines, not to mention the large expat community. Ethnic tribes such as the Bagobo, Mandaya, Manobo, T'boli, B’laan and Mansaka contribute to the city's arts and cultural heritage. Tribal arts, local costumes and jewelry, handicrafts and other archeological artifacts of these tribes are preserved at the Davao Museum.

Davao Museum is located at Insular Village in Lanang, about 12 kilometers from the city, a walking distance from the Waterfront Insular Hotel.

Beside the gate of Insular Village is a cafe, a great place to catch your breath and have a cold drink.

Warning: My travel companion/cousin is trigger-happy so you'll be seeing a lot of me on the following photos. Enjoy the background!:D 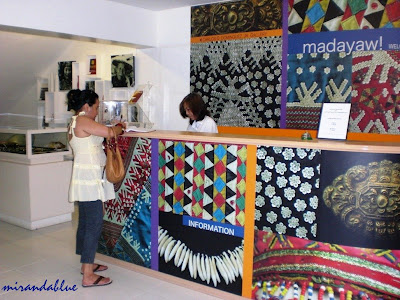 the lobby of Davao Museum 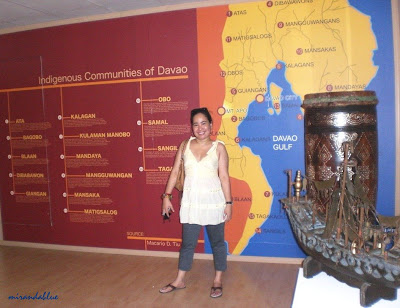 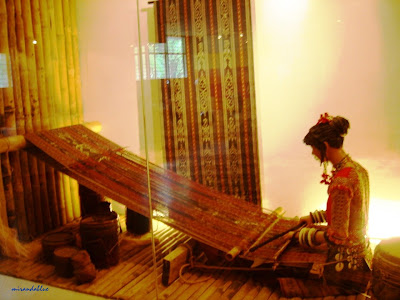 a T'boli weaver
T'nalak is an intricately-woven handloomed fabric made from abaca fiber. Abaca fibers are woven and tie-dyed by T'boli and Manobo women, designs are usually inspired by nature. Traditional T'nalak weaving is a fast-disappearing craft. 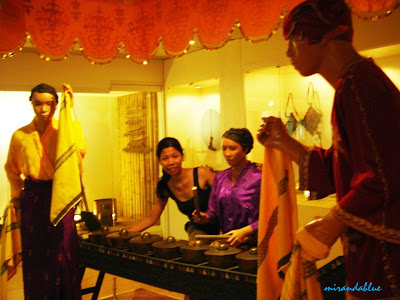 Franzia learning to play the kulintang 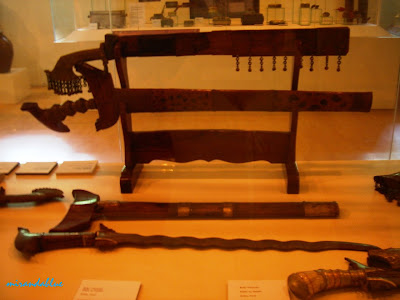 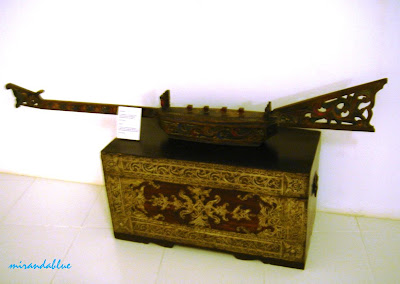 a mother-of-pearl inlaid chest and a "kutyapi", a tribal musical instrument

The Maguindanao kutyapi is one of the most technically demanding and difficult to master among Filipino trational instruments. Of its two strings, one provides the rythmic drone, while the other has movable frets that allow melodies to be played in two sets of pentatonic scales, one containing semi-tones, the other containing none. (Source: National Commission for Culture and the Arts) 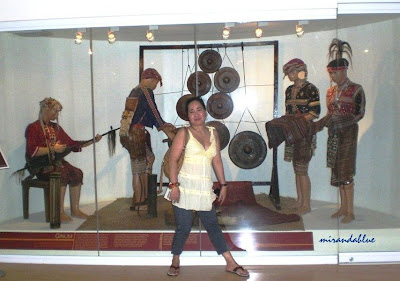 i'm the vocalist in this rock 'n roll band :D 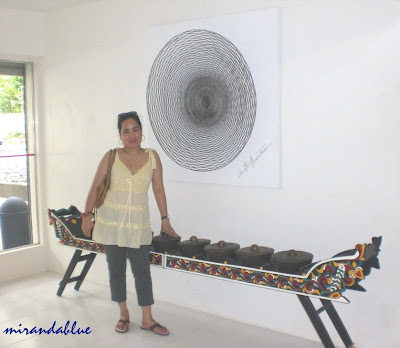 a "kulintang" beside me; on the wall is a welded wrought iron decor by designer Ann Pamintuan

The Kulintang is a set of eight knobbed gongs in graduated sizes, layed-out horizontally on a wooden frame. Made from either brass, wood, bamboo, or metal plates, it is played with a pair of wooden sticks.

These were taken at the Waterfront Insular Hotel. 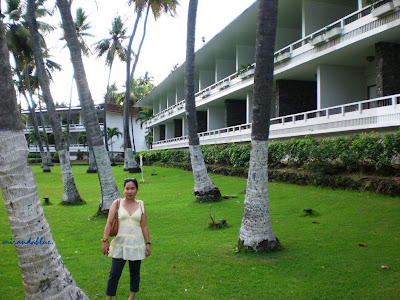 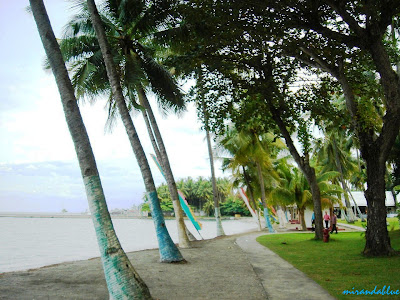 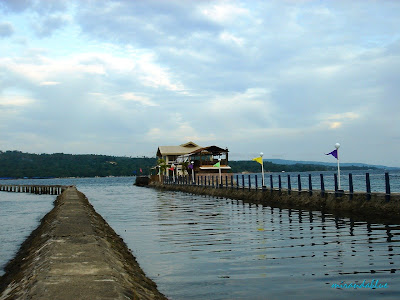 Are you still in Davao? I'm staying somewhere downtown, but might go to Samal next week. Hope to bump into you - that is, if you're here.

I wonder if the waterfront Insular Hotel is the same Insular Hotel, the premier hotel in Davao in the early 60's? I could not afford to stay there when I was on assignment from Manila. I could not even comfortably afford staying at the old Apo View Hotel LOL.

Migs! Sayang naman...no, i'm back in Makati. I was in Davao 2 weeks ago, the weekend before the Kadayawan. Are you on vacation? Have fun in Samal!

Yes, this is the same Insular Hotel. I remember the building from photos of my grandmother staying at this hotel in the late 60's. I'm sure you could afford them now.:D

How big is this museum? A number of the things you mentioned were things I used to know but I feel I need to "rediscover" my country again having spent so many years away from it.

I'm surprised how nice the Davao Museum has turned out to be. When I was there, it was not that organized yet. Of course, that was ages ago! Those are really nice posters they have of Mindanao crafts on the front desk! I'm drooling!

Thanks, Luna for sharing your Davao trip!

hey, i remember this place. the hotel used to be the davao insular hotel and it was built by leandro v. locsin ;-) i didn't see the museum though; its been ages since i've been to davao i guess

i didn't know insular hotel was designed by leandro locsin! thanks for the info, caryn. the museum is privately owned and established in 1977. thanks for visiting.

i was also attracted by those posters, bernadette. the museum is well-maintained, sasadyain mo lang talaga ang location nya. i saw another museum, i think it was near Apo View Hotel---museo dabawenyo, but it was already late kaya di na kami dumaan.

i like museums for they tell us about the place's historical past although some of them do not allow camera's inside. glad you took some shots and shared it with us.

davao museum is a 2-storey building. sorry Panaderos, i don't know how to estimate the floor area (hehe)...according to my cousin, it's about 200 square meters on each floor. we're not that different even when i'm living here, i only go to museums [in manila] once in a blue moon. and that's usually when i have foreign guests, or i'd get invited. i don't see a kulintang or a kutyapi everyday.:D

it was my good fortune that cameras are allowed at davao museum. i think camera flash is not allowed when taking photos of old paintings (somebody explained it to me once but i can't remember now how flash can damage a painting) like at the Metropolitan Museum of Arts in New York. there's a room where there were van goghs, monets, rembrandts, etc. and picture-taking was not allowed.:( i was actually surprised that cameras are allowed at the Louvre (fake kaya ang mga nakasabit do'n? hehe).

thanks for droppin' by, lawstude.

What a fascinating place. Thanks for sharing! :)

uy it's good to finally see you!:)

:D thanks for droppin' by, ces.

Great photos of the museum Luna! Haha... funny about that rock band. :)

I just love t'nalak. I hope that the tradition continues.

Thank you, toe. I believe there are efforts to preserve t’nalak weaving. Let’s hope there would be a continuing demand for this fabric.

Nadaanan ko ang Museo Dabawenyo pero past 5pm na kaya di na kami dumaan. I will definitely visit that museum the next time I visit Davao. You have great photos of Kadayawan...love 'em!