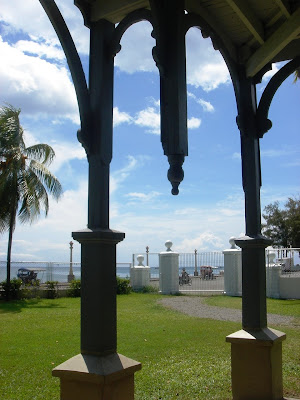 Skywatching from one of Dumaguete's historical landmarks---the Silliman Hall in Silliman University. The Silliman Hall is the first and oldest building on campus, built in 1903. The walls of this building were made from local coral blocks and solid iron posts. Designed like an old colonial mansion, this building commands a great view of Tanon Strait, Rizal Boulevard and Silliman Avenue.

During World War II, the Japanese Army occupied this building until the American forces came to Dumaguete. Today, Silliman Hall houses the ethno-anthropology museum where artifacts dating as far back as 2000 years ago are on exhibit. There is also an ethnographic collection retrieved from the tribal minorities of the Philippines. 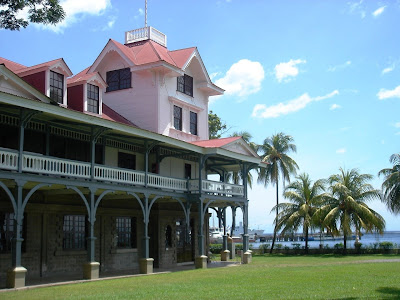 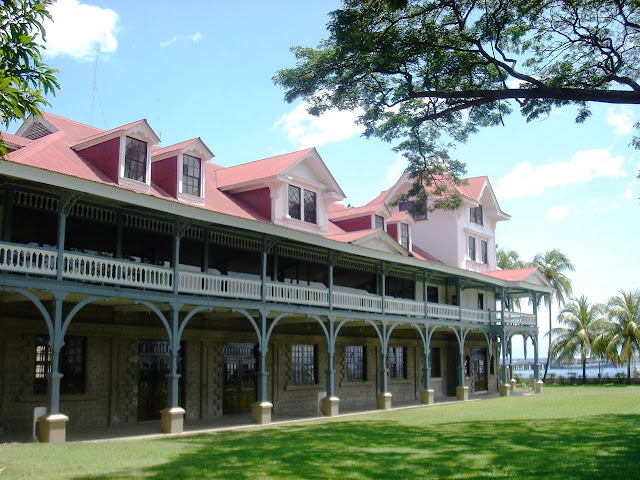 More sky photos from around the world at Skywatch-Friday.
Posted by Unknown at 12:02 PM

That's a beautiful building ! I love your first picture the dark colons against the blue sky !

Beautiful and smart pics with interesting comments.
Thanks

Beautiful pictures and very interesting post! Have a nice Friday and week-end! :-)

interesting information with a backdrop of a beautiful sky!

I love how you incorporated history and a beautiful building into SWF! Thanks for sharing!

Nice catch for skywatch! Reminds me the saying,,,, We never know how high we are, till we are called to ris; and then, if we are true to plan, our statures touch the sky... Happy Skywatch! Hope you can visit my SWF entry too...

Beautiful place for your lovely images.

Hundreds of years of history in that one building. So glad to see that it is still there for eveyone to enjoy. Beautiful sky-graph too.

Nice sky pictures, and it's always a bonus to learn something with a post!

The first pic is unique and beautiful.

What a beautiful series of photographs. I have enjoyed my visit here.