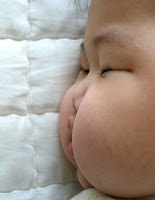 I envy people who fall asleep as soon as they close their eyes, or their backs hit the bed. My sister falls asleep standing up in the bus. Counting cows inside my head doesn’t work; I change animals to count through the years---ants, ducks, penguins, and I would still be counting by sunrise. I also tried counting bubbles, stars, cracks on the walls and ceilings, tiles in the bathroom. But sleep hides in places I can’t find.

I never cared much for sleeping even when I was a kid. The afternoon naps imposed by my parents were always met with resistance…like eating vegetables or brushing my hair when I get out of bed in the morning. As I grow older, I learned to eat some vegetables, and was compelled to brush my hair regularly lest I’d be mistaken as an escapee of a mental asylum. But sleeping has remained something that I regard with dislike. It interferes with things that I’d rather be doing.
The bad sleeping hygiene resulted to sleeplessness even when I wanted and needed to sleep. By mid-20’s, I would go on weeks, even months without a decent night sleep. My job was 9-5 and it was a struggle getting to work on time. I tried a cocktail of sleeping/wake-up pills, alcohol, relaxation techniques, exercise, marijuana and other home remedies---but they were all temporary solution, nothing really worked.

Insomnia runs in my family. My mother used to take Valium, my brother had transient insomnia when he was a teenager. So we all thought I was also suffering from the same sleep disorder. About 3 years ago, I went to a sleep clinic and consulted a sleep expert after seeing her on TV. The doctor’s diagnosis was not insomnia but another form of sleep disorder called Delayed Sleep-Phase Syndrome (DSPS).

DSPS is a chronic disorder of the timing of sleep, peak period of alertness and other rhythms. People with DSPS tend to fall asleep well after midnight and also have difficulty waking up in the morning. Sufferers manage only a few hours sleep a night during the working week, then compensate by sleeping until the afternoon on weekends. Sleeping in on weekends, and/or taking long naps during the day, gives people with the disorder relief from daytime sleepiness but also perpetuates the late sleep phase.

It’s difficult to explain a sleep disorder to those who have no difficulties falling asleep. It’s like describing a green leaf to a blind person.

Through the years, my family, friends and co-workers have come to accept that I’m a nocturnal creature. I feel most creative, alert and more active at night. Much as I want to be at my desk at 9 a.m. like everybody else, it’s hopelessly difficult.

I would love to be “cured” and start a new way of life, like a "normal" person.
Posted by Unknown at 7:04 PM

Glad that you did not experience falling down on the floor unconscious while walking with friends...
as for me, my unhealthy sleep habit resulted to Anemia.

But your experience is more like my hubby's. He can concentrate better during the quietness of after midnight (graphic artist), reason why he comes and leaves work later than the others.

I do have anemia. I used to have liver extract injections to stimulate production of red blood cells. Now, I have iron supplements.

i've suffered with this condition since i was a teenager, i am now 40 years old. its so difficult explaining to people what is wrong with you, very few people understand. i live in england and dsps is not really recognized here so i find it hard discussing it with my doctor, she prescribes anti-depressants, not sure what good they do. i am so tired all day long, i really cant stand it much longer,. it can be embarressing, falling asleep when friends or family call round, falling asleep at the cinema etc...sometimes i wish i had the guts to kill myself and end this torment i live in. sounds drastic, but it is how i feel. :(

Hello, Anonymous. There are doctors who specialize in sleep disorders. Perhaps you could go to those kind of doctors. Here, it's expensive to see a sleep doctor, and it's not covered by HMO's and medical insurance. I understand how difficult it is to explain to people who are not sufferers of this sleep disorder. I hope you won't do anything drastic...try some natural remedies. I've just started taking Valerian Roots capsule. I hope it would work. There's kava-kava and St. John's Wort. Don't give up!

I'v been having the same problems as you ever since I was baby. I remember my parents and grand-parents working on making me sleep at certain hours, on a fixed schedule and me not falling asleep until late at night. during college I felt at ease having to work on projects during the night and took advantage of the nocturnal schedule. that's when I could think up strait, when I had the best ideas, when I was the most creative.
I have tried through the years various methods of falling asleep:
- forcing myself into going to bed earlier (meaning before 11 pm, compared to 2/3/4/5 am as usual) - that worked as a will statement; it's unbelieveble how strong one must be to do something against ones nature. although that didn't work for a long time, because it was useless to do that and still be awake after hours of laying in the dark in your bed. so I began to think of ways of solving that issue...and I came up with
- physical exercises in order to get exhausted(that always worked for a few days, until I got the hang of it; after a while I used to do abs, squats, push ups so easy that nothing tired me off...it seemed boring to do 300 abs a night and not get exhausted)- anyway this has proved to be the most efficient way of falling asleep at regular hours; it works just for a short while until your body gets used with the physical obstacles, but it does work
- I have even tried alcohol, but in small dosage
- drinking large quantities of milk

what didn't work:
- counting animals in your mind
- thinking about what you have done lately
- taking a refreshing bath (that stimulates me more, and gives me more energy)
- using parfumed candles or incent sticks
making the light more dim in the evening and more brightness in the room in the morning (you'll just get bad eyesight form the evening thing and roll up your cover/learn to cope with the sleeping during the day light, in order to adapt to the morning light thing)

to make a long story short, I am still looking for a way to fall asleep on a normal bedtime...
I have recently read an article on Delayed sleep-phase disorder and got disturbed by the author's words: he called it a disability and spoke of social rehabilitation of those involved. I feel unease with the fact that I have to go to work at 9 am and I question te person who set this to be the official global "go to work" starting schedule. I'm thinking that nobody asked me whether I agree or not on this matter; it's unfair that I have to follow somethings I didn't have a choice on...something that is against my nature...I don't think that it is a disorder (as the opposite of the common order) just because between 70-95% of the people share a different go to sleep/get up schedule.

anyway, I wish the best of luck in finding a way to adapt to this world :):):)

hello, sash! thank you for leaving a comment. i also tried exercising at night, but even when i'm so tired from my gym workout, i still couldn't sleep when i get home. a doctor told me that the best way to exercise is in the morning, before going to work. but as you know, it would be impossible to wake up early to exercise then be in the office on time. like you, i also find it weird that i need to be on my desk at 9am!:D if you have time, read my blog "Excuses".:D
i've accepted the fact that i would probably have this 'disorder' for the rest of my life.