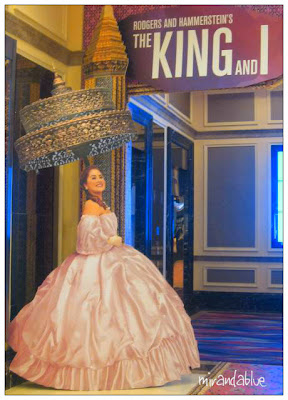 As a Christmas treat, a friend invited to Rodgers and Hammaerstein's "The King and I" at the Newport Theater.  Considered as one of the most beloved classics in theater, "The Kind and I" has captivated audiences world-wide since its Broadway run in the early 1950's.  Timeless songs and melodies were accompanied by the Manila Philharmonic Orchestra and performances from the Philippine Ballet Theater.  Internationally renowned theater actors Noni Buenacamino and Menchu Yulo played the lead roles.  "The King and I" was the best gift I had for Christmas.  Thank you, A.:p

It's still running at the Newport Theater until May 2013. 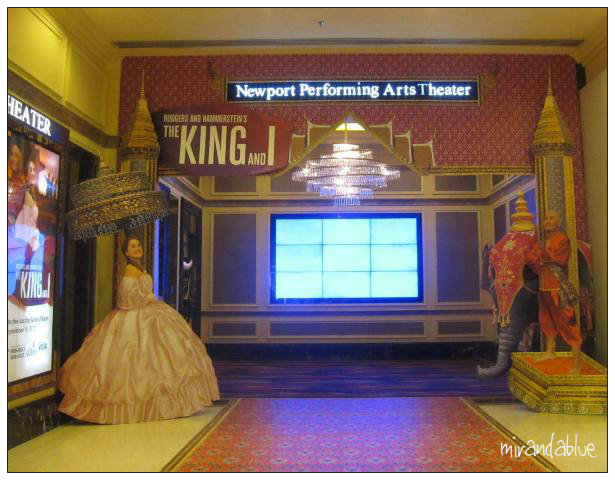 What a terrific gift! I'm sure you enjoyed it, Luna. Happy Blue Monday!

Wow! Hope I can watch it too.

I played too. Mine are here and here.

Lovely theater. It must be a great performance. I only watched the movie versions.

Songs from the musical are playing in my memory right now!

Oh what a wonderful treat. Very cool photo's. Thanks for visiting my Blue Monday post. I was the napper! LOL. I really didn't need a nap I just like to use a theme for Blue Monday. A lovely little nap seemed perfect for the beds.
Please come by for another visit I write something encouraging everyday. Have a wonderful week,
Sherry

Such a precious treat!

Here's my BLUE
Have a great week ahead!

Nice post. I have never been to this type show.

Great pics. I remember seeing the movie as a child...it was fabulous!
Thanks for sharing. dix---

This is amazing! Thanks for sharing!

What a lovely gift!

It's banned in Thailand if I remember it correctly.

I bet that was fun and I love that show. Happy Blue Monday!

I love gifts like that one, when you share it together! And you found some blue, well done!