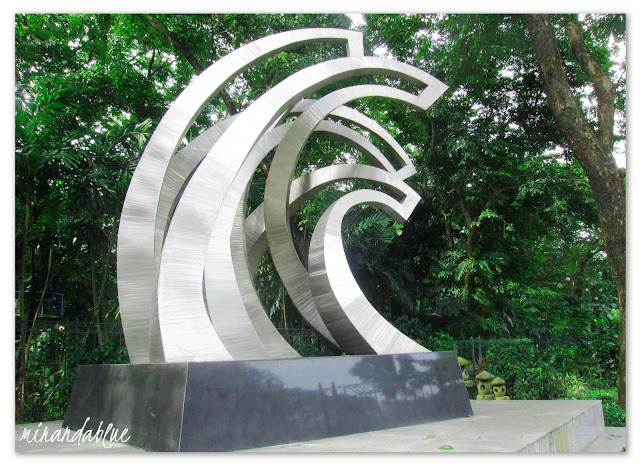 In a small corner of Rizal Park stands "Soul Waves", sculptural waves crafted from stainless steel, a memorial erected in 2010 by the Korean community in the Philippines to remember their loved ones who perished in World War II.  Soul Waves also symbolize the sacred shores of both Korea and the Philippines and the joint efforts of both countries to protect its shores. 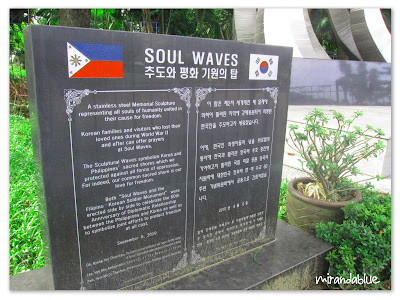 Beside the Soul Waves is the Filipino-Korean Soldier Monument---a fitting tribute to Filipino soldiers who fought side by side with the Korean soldiers during the Korean War (1950-1953).  About 7,500 combat troops known as the Philippines Expeditionary Forces to Korea (PEFTOK), the 4th largest force under the United Nations command, were sent to defend South Korea from a communist invasion by North Korea which was supported by China and the Soviet Union.

Recently, North Korea declares war with South Korea and the US, and as tensions rise on the Korean Peninsula, let's all hope that cooler heads would prevail.  An estimated 4 million people were killed during the Korean War. 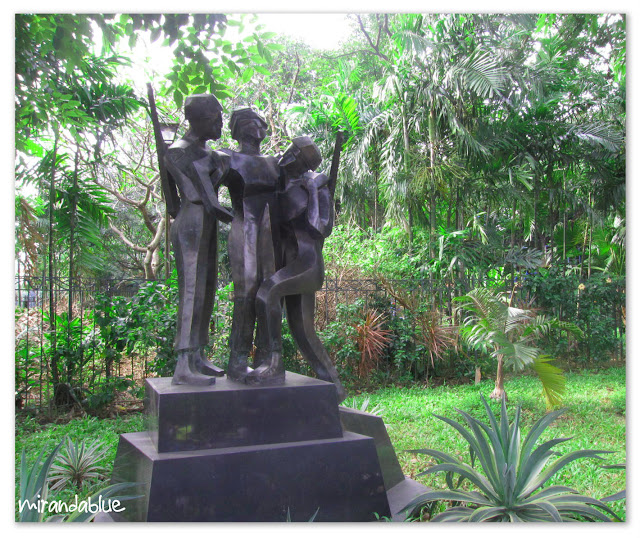 Today, April 9th, we commemorate the "Day of Valor" in the Philippines, also known as Bataan and Corregidor Day, the Fall of Bataan during World War II.

"What a cruel thing is war:  to separate and destroy families and friends, and mar the purest joys and happiness God has granted us in this world; to fill our hearts with hatred instead of love for our neighbors, and to devastate the fair face of this beautiful world."
~ Robert E. Lee, letter to his wife, 1864

this is a very educational post. i didn't know about this monument or the participation of pinoys in the korean war.

Interesting sculpture, and great quote, too!
Have a blessed day!
Lea
Lea's Menagerie

This is an interesting post. The current situation is worrying - its so hard to understand the motives and behaviour of the North.

A very interesting post. I very much liked the wave sculpture. Let us hope the North does not escalate the troubles further.

Those waves are gorgeous.

Very interesting post. You gave me new knowledge about this memorial. Majestic sculptures. Thansk for visiting my post:)