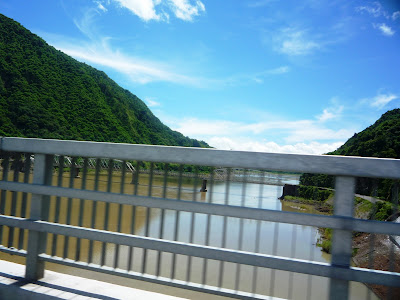 I wish we stopped when we reached this bridge to enjoy the breathtaking views of the mountains, river and sea.  But having been on the road for 10 hours, all we wanted was to reach our first destination, Vigan, which is a little more than a kilometer away from this bridge.  These are drive-by shots when we were crossing Quirino Bridge.

The 456-meter Quirino Bridge in Bantay, Ilocos Sur is named after the late Elpidio Quirino, the 6th president of the Philippines and a native of Ilocos Sur.  It's a new bridge and part of the Japan-funded construction program which plans to replace old bridges with new bridges on national roads that lead to urban centers all over the country. 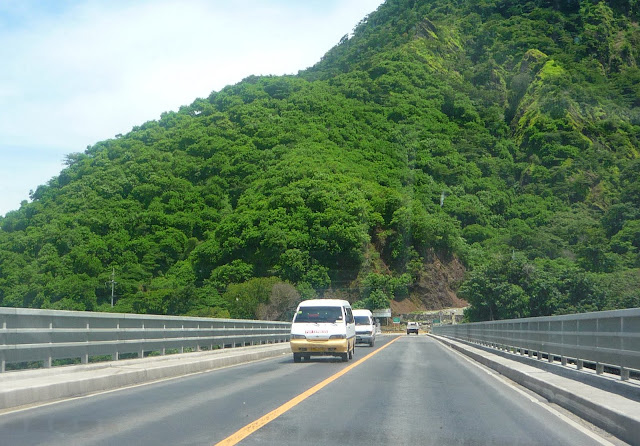 From the railings of Quirino Bridge, the old  Banaoang Bridge can be seen.  Both bridges spread across the Abra River connecting the rocky mountain slopes of Ilocos Range in the towns of Santa and Bantay.

Banaoang Bridge is a truss bridge that survived the bombings during World War II.  It is famous for its excellent engineering, architectural design and magnificent views.  At the height of a strong typhoon in 2001, one of its steel spans was damaged and washed away.  I don't know if motorists still use this old bridge.

This bridge is about 406 kilometers north of Manila. 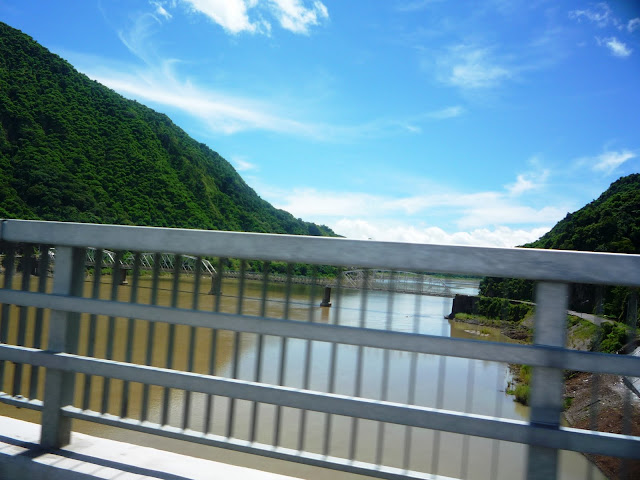 You start to have a nice collection of bridges !

Such lovely lush mountains on either side of the bridge - great spot to rest a bit!

These are just fantastic shots. What a beautiful place. Would love to have been there. That sky! Fantastic, Luna!

Fritz looks like such a sweetie. I'll have to look for more photos of him. :-)

The one at the back is the old bridge?

When I visited Vigan in 2007, I had the chance to visit this beautiful bridge with a Vigan friend. We rode on his motorcycle from Vigan Plaza Hotel and drove for at least 15 minutes just to get to a mini watchtower overseeing the bridge and the silhouette of the gigantic mountains behind it on a full moon. It was an unforgettable site.

love the view - so green and lush. Happy weekend, Ev

The old bridge looks far more interesting than the new one.

Was it only ten hours from Manila to Vigan? That's not bad!

I like seeing the old from the new. The Banaoang bridge looks very interesting. I bet it would make a nice subject.

The pictures are lovely. After a ten-hour trip, I don't blame you for not wanting to stop though -- no matter how beautiful.

We are too old to drive that long -- but we used to!

Nice drive-by shot! Love the lush greens on the mountains!

the road, Luna, gives me peace

Greetings - thanks for dropping by. The green succulents? They are echeverias, I believe.

These drive-by shots give us a sense of motion - and they are fun! «Louis» thanks you for your contribution to Sunday Bridges!