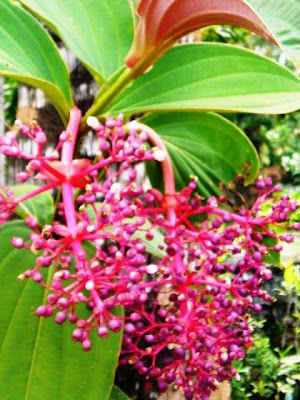 I had a nice weekend. It was well-deserved after a hectic, frustrating, and annoying work week. Fritz’ growls woke me up late Sunday morning…my poor, little doggie was trying to climb the stairs to my bedroom. He was on the 3rd step and was getting very frustrated---his clumsy hind legs were getting in the way. I guess Fritz was tired of waiting for me at the bottom of the stairs so he decided to wake me up.

I was actually dreaming…a chaotic, hysterical dream. In my dream, my grandmother [who passed away more than 20 years ago] was having a mahjong party. Everybody was smoking, in retro attire, and the room looked like a stage of Eat Bulaga in the 80’s, with strobe light and artificial smoke. Thankfully, there was no Tito-Vic-and-Joey! I was fanning my grandfather [who died in 1976] with peacock feathers, then a disheveled woman sat down beside me and told me that she’s my biological mother and my real father is George Clooney. I was shocked, and all I could say was, “Tito George is my real dad?”…Yeah, Tito George because George Clooney is a family friend! Imagine that! Hahahaha So I was adopted! I was ecstatic that finally, there’s somebody who can prove that I was adopted! Oh jeezzz! 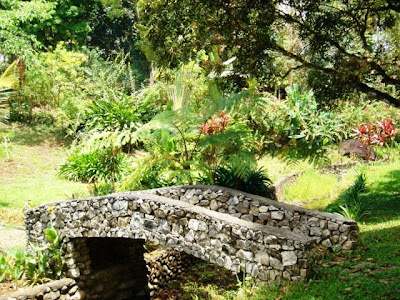 When I told my mother about the dream while we were having Sunday lunch, she laughed and said it’s too bad that I’m stuck with them (my "adopted" family) because George Clooney is too busy with his Hollywood career and the war in Darfur. Oh, Mother! That’s what you get from watching too much CNN and E! True Hollywood Story!

George Clooney, by the way, will always be an object of my desire. 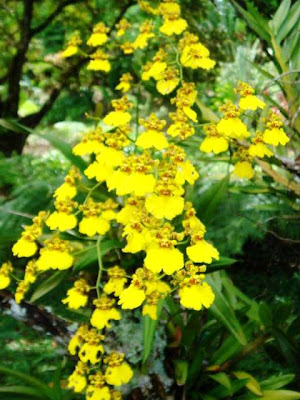 I wonder if that dream was the result of a great dinner the night before. My cousin Jan-Jan arrived from Bacolod last week, and as a beautiful...este dutiful Ate, I brought him to Serendra for dinner with our Tita Awen. We were so famished after we were seated at Abe that the food was demolished in a matter of minutes. We probably looked like a trio of calorie-obsessed refugees...unmindful of the rice crisis, we ordered another bowl of rice! Jan-Jan is trying to quit smoking, and was getting restless after dinner, craving for his vitamins. To distract him, we drove to Greenbelt 5, walked around a bit, and had dessert at Pia Y Damaso. It was Jan-Jan's first visit to the new Greenbelt, he breathed in the scenes around him, and temporarily forgot his desire for nicotine.

Oh, and finally! After deliberation from the lower and upper Houses of Congress, I got a haircut yesterday afternoon---plus a hot oil and massage. Hayyyyyy, sarap! Life is good (despite the perennial irritant at the end of the hallway, which I will blog one of these days, ala-Brian Gorrell! Hahahaha)! 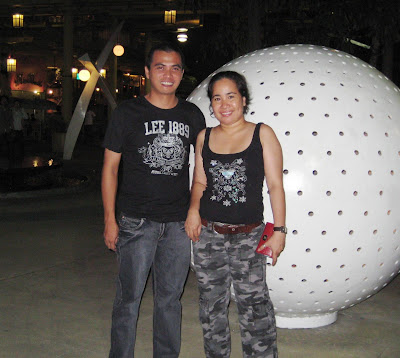 with cousin Jan-Jan at Serendra

P.S.1. The photos of flowers and my "bridge of sigh" were taken in my boss' farm during our company outing 2 weekends ago.

P.S.2. Last photo was posted because a co-worker said I look slim in this photo! This is a "before-dinner" photo. hehehe

George Clooney! Are you sure it was a dream? Because my mother is actually Princess Diana.

If I was you I would photoshop away your cousin Jan-Jan and send this picture to George Clooney... you never know... isn't he a bachelor those days?

So how come he became your dad when he is the object of your desire? lol.

Wasn't Clooney supposedly tagged as one of the sexiest men in Hollywood, according to People Magazine? Good choice, Luna ... hehehe!

Glad you had a nice weekend :)

Hahahaha Sidney, it might end up on the front page of a tabloid! Besides, I haven't tried using photoshop...I'm afraid the photo would be in a centerfold, and I'm just NOT ready for a career change! hahahaha

It's a crazy world, Gizelle! A shrink would have a fun time analyzing the dream...a dreamer with Electra complex! hahahaha

Indeed, he is a sexy man, Eric! But he is quite elusive...he's probably waiting for me! Hahahaha