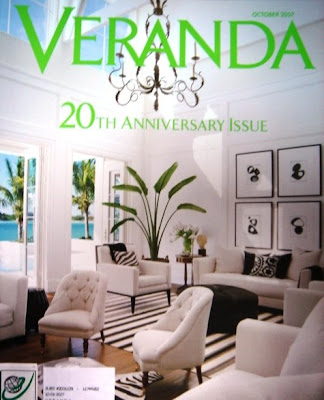 I got this tag from a blog buddy, Gizelle, early this week, but I was up to my eyeballs with work. Finally, I was able to do the tag today.
Here are the easy-to-do tag rules:
1. Pick up the nearest book of at least 123 pages.
2. Open the book to page 123.
3. Find the fifth sentence.
4. Post the next three sentences.
5. Tag five people.
Problem is, I'm at work and I have no books here. I only have tons of catalogs, trade manuals and magazines. The pile on my desk right now consists of 3 issues of Veranda, Elle Decor and Wallpaper magazines---I hope these counts since there are also words and sentences in it.:D
I grabbed the one on top of the pile...a 20th anniversary issue of Veranda. When I opened page 123, it's a full-page ad so I flipped on the next page. Mine is a "124" magazine tag, Gizelle! Hahaha 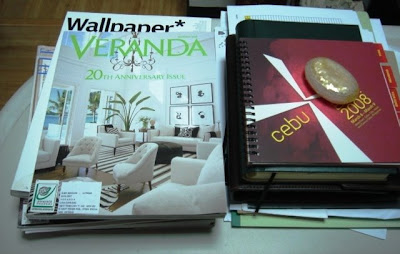 Page 124 is an article about Heirloom Dahlias, with photos of the bold and captivating bloomers in deep burgundy, old-rose pink and maroon hues. The article was written by Katherine Whiteside, who wrote that these flowers “have everything to do with young, impetuous love in a hot, sanguine country.”

The next 3 sentences after the first five sentences read:

The Hollands continued to live a romantic, peripatetic ex-pat life in France and Spain. While in the latter country, the now-Lady Holland saw dahlias in bloom for the first time. It was love again. 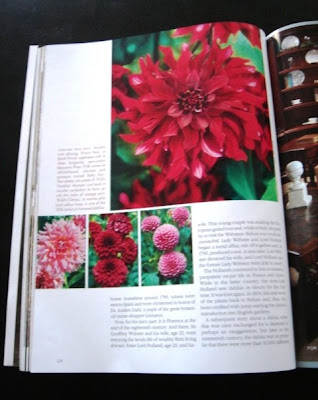 To give you an idea what the three sentences were all about---here's the juicy part: it is Florence at the end of the 18th century. And there, Sir Geoffrey Webster and his 23-year old wife, were enjoying the lavish life of wealthy Brits living abroad. Enter Lord Holland, age 20, and his wife. This young couple was making the European grand tour, while in Italy, stopped by to visit the Websters. Before you could say cocoxchitl (which Dahlia was called by the Aztecs), Lady Webster and Lord Holland began a torrid affair, ran off together and, in 1796, produced a son. A year later, Lord Webster divorced his wife, and Lord Holland and the former Lady Webster were able to marry.

Years later, the now-Lady Holland sent seeds of dahlia back to Britain and, thus, has been credited with jump-starting the dahlia's introduction into English gardens.

Originally, dahlia tubers were grown by Aztecs for food. Spanish explorers in Central America tried this indigenous treat but declared the taste "repulsive and nauseous." Sometime in 1785, some unnamed explorer sent the tubers to Spain and it was christened in honor of Anders Dahl, a student of the great botanical name-dropper Linnaeus.

A subsequent story about a dahlia tuber that was once exchanged for a diamond is perhaps an exaggeration, but later in the 19th century, the dahlia was so popular that there were more than 10,000 different types in cultivation. Lord Holland was rightly proud and wrote the following bit of dahlia doggerel for his darling after they had been together for almost 20 years:

The Dahlia you brought to our isle

Your praises for ever shall speak;

Mid gardens as sweet as your smile,

And colour as bright as your cheek.

And I was wondering why the title is '124' tag, lol. It seems there are so many kinds of dahlia...they all look so lovely! Ah flowers...they always are pretty (except for the pollen) haha.

Thanks for doing this, I hope you are unwinding from the talabas at work! Happy weekend!