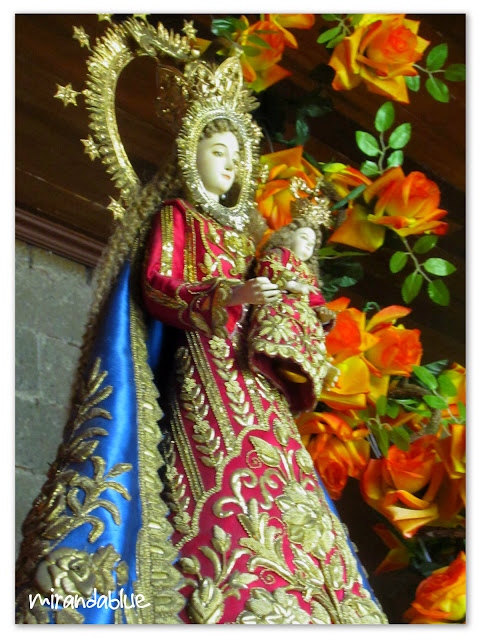 Flores de Mayo (Flowers of May) is a Catholic and Aglipayan festival held in the Philippines during the month of May.  It is celebrated through the whole month of May, in honor of the Virgin Mary, making Flores de Mayo a huge religious event.  The devotion of  Filipinos to Catholicism does not only revolve around the church and its rituals but also on images of veneration known as "santos".   These "santos" are cherished by the families who own them, and lavishly processioned during Lent, fiestas and religious holidays.

Beside the church is the museum where we chanced upon this Marian exhibit called "Hermandad dela Virgen Maria", on its 21st year, in honor of the Virgin Mary, the Queen of Flowers. 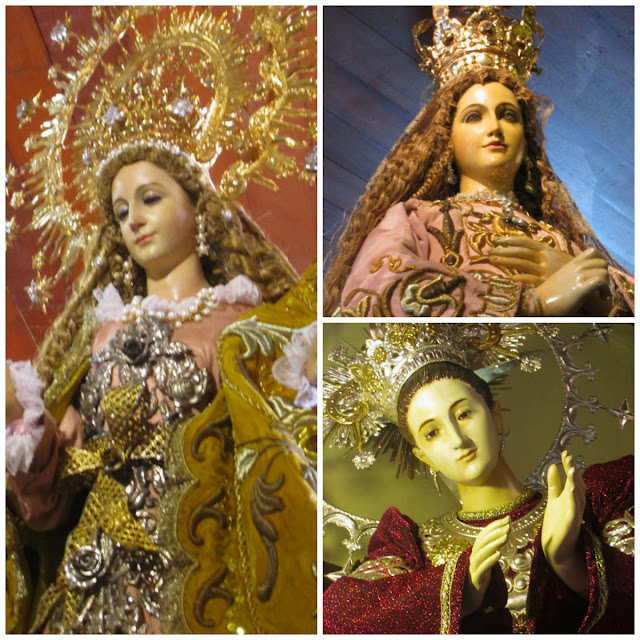 Each figure in this exhibit alludes to the title of the Virgin Mary.  I didn't recognize most of them but the one with pink roses on her head is Rosa Mystica (Mystical Rose); the golden wreath symbolizes the crown of saints or Reyna de los Santos; there's one holding a palm branch, Reyna de los Apostoles, queen of apostles; carrying a wand with star is Reyna de las Estrellas, and Reyna Justicia, queen of justice--she carries a sword and a weighing scale.

I've learned all these by watching the Santacruzan since I was very young---the highlight of our summer vacation before going back to school. The Santacruzan is a religio-historical beauty pageant held on the last day of the Flores de Mayo.  It is held in towns and cities all over the Philippines. 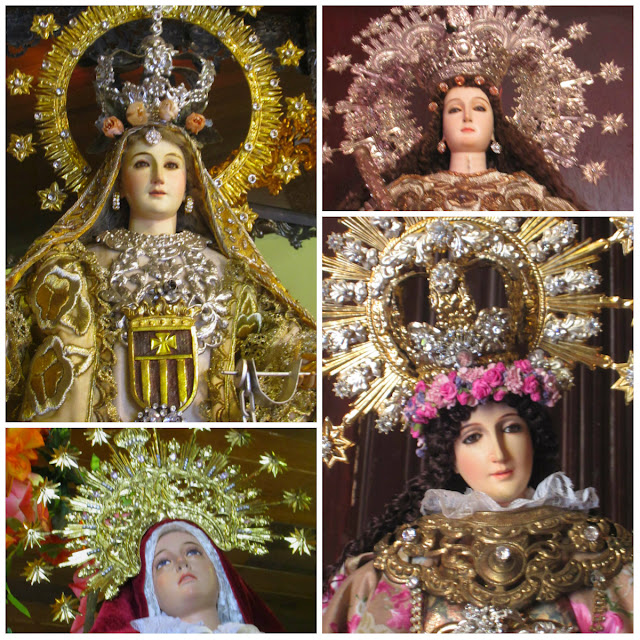 As a non-Catholic, I look at these statues not as religious icons but works of art. The intricate embroidery, the rich, handmade adornments, the beautiful sculpted faces are fascinating. Obviously, these images were based on European models but these were actually carved and painted by Filipino hands. These figures celebrate the exuberant art of our "santos" makers, and they tell a story of how faith grew in this country--the historical model was European, the execution was done locally, and the product is part of our national heritage today. 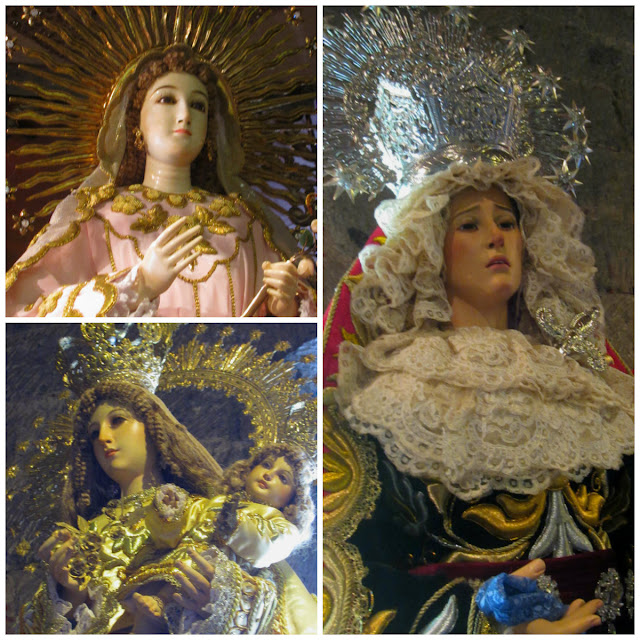 And here is my favorite---Reyna de los Martires, queen of martyrs, with a pierced heart.  She's also known as Mater Dolorosa.  I love the sad, beautiful expression on her face. 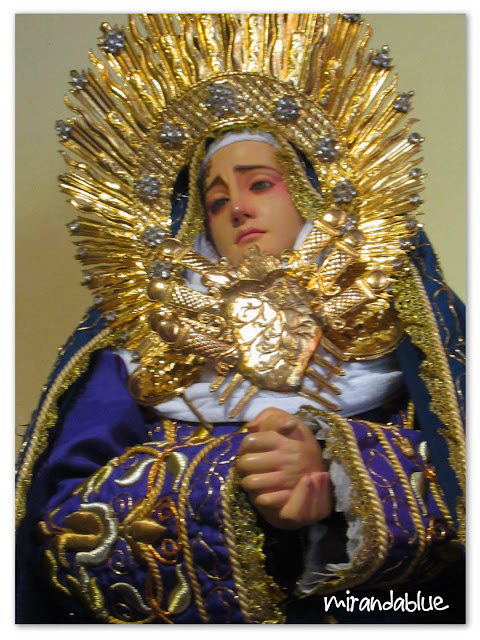 These statues will be paraded around Malolos on May 12th, with marching bands and fireworks, followed by a mass and Santacruzan.

Malolos, Bulacan province is about 42 kilometers north of Manila.

Intricate and art of this region! Thanks for showing:)

I don't recognize the other virgins too. That is a cool museum. I wanna go there.

They truly are amazing statues. The procession must be quite something to see.

Great view of the statues!! Boom & Gary of the Vermilon River, Canada.

What a great post, the statues are beautiful. Thanks for sharing this festival. Have a happy week!

I love Flores de Mayo. My nieces are looking forward to this time last year they were angels in the procession ^_^

This is an incredible post. I love all the photographs and the back story. I also love how the the people took something from another continent and made it their own.

Hi Luna, your images are beautiful and so Catholic. You almost fooled me that you were a devout Catholic:) Miss seeing Flores de Mayo. I participated as Elena and Reyna Elena when I was growing up in the Philippines. Your post birngs back fond memories.

Beautiful statues, thanks for sharing.

What a lavish tradition! Lovely shots.

I agree: these are beautiful works of art. Thanks for sharing!

Very fancy! Lots of work went into these, I'm sure.

thank you for telling me about your post! Filipinos are so rich in culture and religious art. I am a Catholic, but I still appreciate these images of our Blessed Mother as art.
Do you live in the Philippines or was this an annual visit there?