One of the sites in Culion Island that was hard to miss is the Purisima Concepcion de Nuestra Senora (Immaculate Conception Church). The church was an imposing structure, one of the oldest buildings in the island.   Its dramatic steps were seen from the gate of the leprosarium.
A group of Augustinian priests arrived on this remote island in 1622 and established a parish thereafter.  The island was a constant target of harassment and raids by Muslims pirates that around 1740, the superior of the Augustinian Recollects decided to construct a watchtower and fort as a defense measure against the Moro Raiders.  Within the fort, this church of about 25 meters long and 10 meters wide made of hewn coral rock was built. 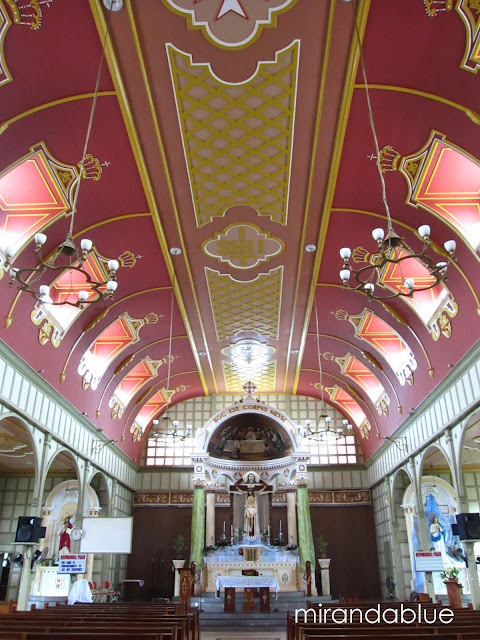 The interior of the church had been renovated since, I'm sure, as the arches reminded me of Silliman University Hall (built in early 1900's).  And I couldn't help but admire the design of the nave and the light coming in.  As this church sits by the sea, the breezes were cool and salty.  It was was closed when we visited because they were preparing for an important religious event the next day.  But the ladies in the parish office were kind enough to let us explore the church. 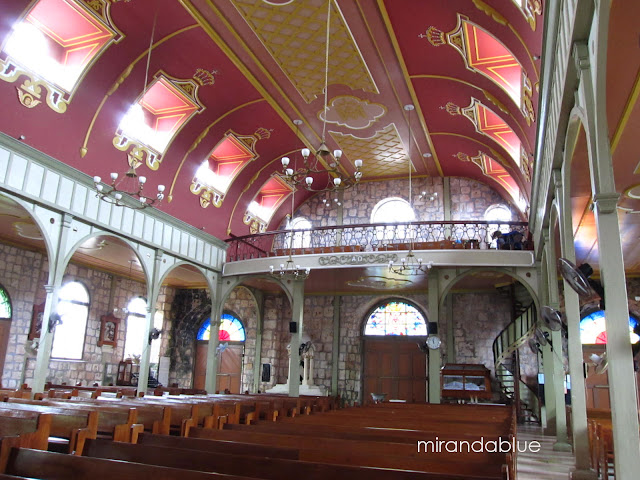 Looking towards the main entrance of the church, I noticed the gallery for the choir and a stoup standing infront of the door. The yellow tiles are beautiful. 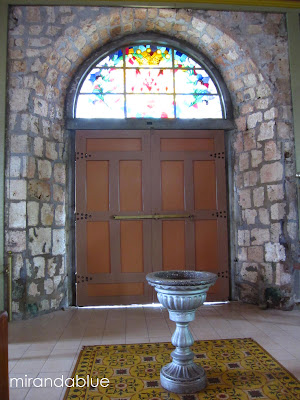 Beside the main entrance was the tomb of a Jesuit priest, Fr. Javier Olazabal, who came to Culion Island in 1971 and died on the island in 1988 at age 79. 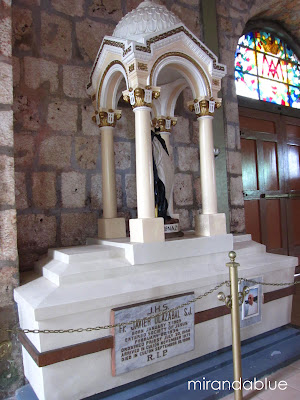 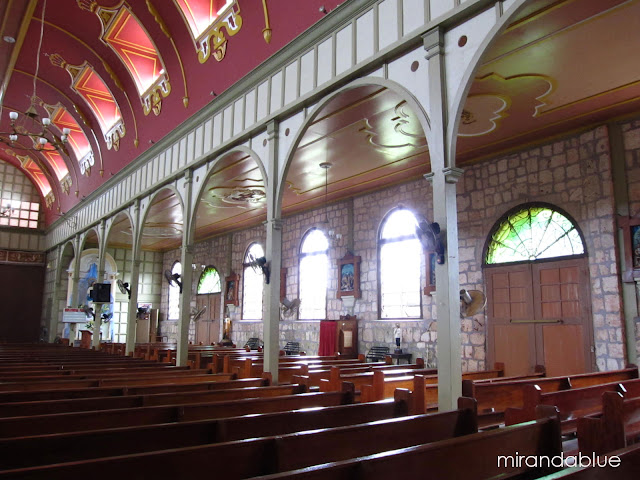 The Immaculate Conception Church viewed from the walls of the old fort beside the watchtower. 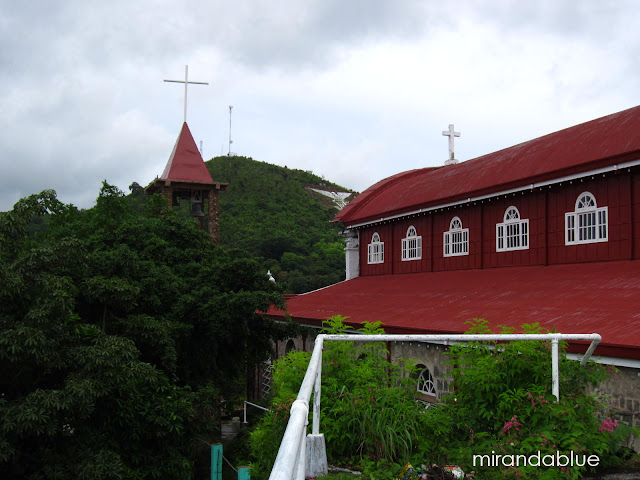 Culion Island can be reached by outrigger from Coron town in Busuanga Island; or by a passenger ship that docks here once a week from Manila.
Culion Island, Calamian Group of Islands, northern Palawan

Linking to Our World Tuesday
Posted by Unknown at 10:23 PM

My entry is here

What a beautiful church!
Thanks for sharing.
Mette

What a beautiful part of your world and a wonderful, colorful church! Your captures are terrific! Hope you have a great week!

What a beautiful church ... inside and out! A very special place and the scenery is lovely, too!

Wonderful journey. Great colours. Thank you very much. Please have a good Tuesday.

Lovely interiors, I would love to spend some time here.

Hi Luna, those are very informative and beautiful photos, reminding me that i haven't been to Culion. I wonder why i don't go there!

you getting ready for Easter? The Red Church , a building in Malaysia , same color.

What a lovely and peaceful church.

What a beautiful church! Stunning interiors...and I also like your last shot!

Was there probably more than 10 years ago and I have forgotten how lovely the church and the town is. Love that ceiling!

Wonderful shots of this very beautiful church!
Love the colours of the ceiling.
Thanks for sharing, Luna;o)

I really like the church, esp. the interiors. Have a great week.

What a beautiful church, and so glorious inside! Thanks for the information, very interesting to read.

Your last photo shows the surrounds as being so lush, very beautiful.

the interiors are amazing and your shots of them are incredible...and great history in the text. Lovely.

Thanks for the visit, visiting you back!
Maybe you could come and join me http://crazybeautifullifeofkaren.blogspot.com/2012/03/scarlet-wednesday-1.html. Scarlet Wednesday is now up... see you there!

What an amazing series of photos of the church and surrounding landscape. It was extra nice to see it from the outside so to get a feeling for the watchtower. The indie is magnificent...and the ceiling is out of their world. I would love to have walked with you into the nave and seen the light coming in. Such a wonderful secretion to post for us this week. Thanks for you visit to my site. genie

The colors are quite different, but I like it. Very beautiful!