Port of Manila [My World-Tuesday] 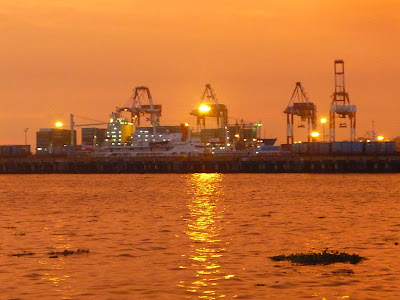 The Port of Manila is the largest seaport in the Philippines, and the premier international shipping gateway to the country.  Viewed from the Manila Ocean Park  is the Manila South Harbor, the main international port of Manila that houses several customs-bonded warehouse and multi-cargo port operators facilities.  There are no railway lines within the port area, and cargo is transported from the piers by trucks and barges.

The port of Manila dates back to pre-Spanish colonization of the Philippines.  As far back as 9th to 12th century, the country had trade relations to its neighboring countries like Japan and China, with ties to India through the areas that are now Malaysia and Indonesia.  The port was also a staging point for the Manila galleons, a Spanish-controlled shipping line running to Acapulco and back, which operated continuously from the 16th to the early 19th century. 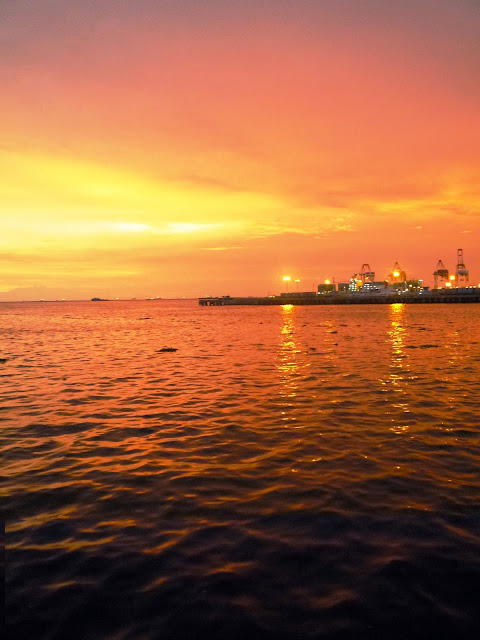 Pier 14 is the terminal of SuperFerry, a local shipping line that operates the largest fleet of inter-island vessels in the Philippines.  SuperFerry has ports of call across the Visayas and Mindanao.  Being an archipelago, the most economical way to travel here is by boat.  It is slow, yes, but more enjoyable (as long as there are no typhoons and/or the ship is not overloaded!)--and traveling by boat is one of the things I miss.  With shorter vacation time, I no longer have the luxury of traveling by boat.  But as a young girl up until high school, I traveled  by boat with my grandmother from our home province to Manila during summer vacation--it was a fun 17-hour trip.  And up to this day, my mother prefers to travel by boat--she feels it's more leisurely than flying, and she can bring as many boxes as she can!:p 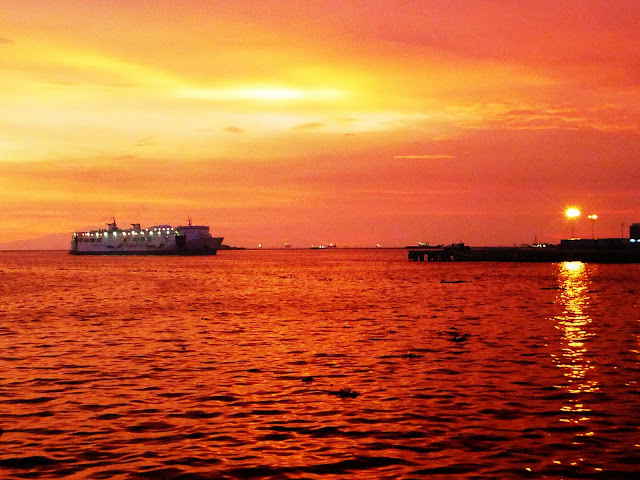 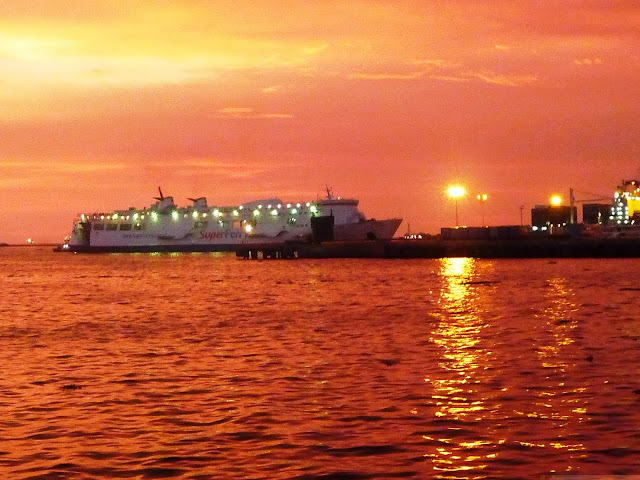 Port of Manila at dusk


Posted for My World Tuesday

Welcome back! Hope you had a wonderful weekend.

Nakakasilaw and liwanag! Love it!

I see that familiar vessel, Super Ferry. Cheaper and faster to travel from Dgte to Cebu.

Stunningly beautiful captures! What gorgeous colors! And the history you have shared with us is incredible. A really marvelous and fascinating look at your world! Have a great week!

those are beautiful images and interesting information!

Wow gorgeous captures Miranda!
I always love to be around Manila Bay area.

Beautiful shots! You framed the sights so beautifully.

Thank you for sharing these beautiful sunset photos

What a beautiful set of photos of this harbour! My father used to visit this seaport of Manilla regularly when he sailed on his ship to China and Japan.

Wonderful series of photos. The colors are spectacular. I enjoyed your history lesson. It is wonderful to have so many entries from around the World. Thanks for sharing your world with us.

i like taking shots of boats whether m on it or as a subject. great timing luna for a sunset shot!

Very nice post and the photos are super! The sky is stunning!

Ah! I've missed having ferry rides in here. I remember that it was exciting every time we reach the port areas. Love the orange colors here too. :)

Lovely light in the photo.
I have been to Manila, 10 years ago.
MB

I love these sunset shots! So colourful!!