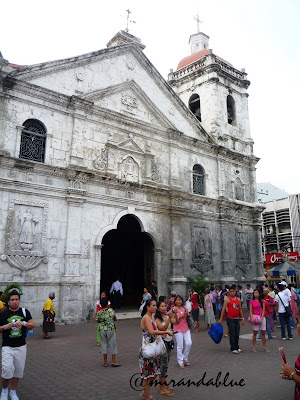 You won't miss the reds in the following photos. My first visit to the Basilica del Sto. Nino was ten years ago during my first few trips to Cebu. On Saturday afternoon, from the Cebu Metropolitan Cathedral, I walked one block to the basilica, taking pictures along the way. It was probably my first walking tour of the city.

The Basilica del Sto. Nino is the most popular church in Cebu, and probably in the Visayas. It houses the statue of the Santo Nino (Holy Child), considered as the oldest religious relic in the Philippines. The black Santo Nino was Magellan's gift to Queen Juana, the wife of Rajah Humabon, the king of Cebu, when the couple converted to Catholicism in 1521. During WW II, a bomb fell on the basilica but did not explode. The statue was found, unscathed, hanging near the altar. (Source: Cebu Heritage) The statue is believed to be miraculous and became the patron saint of Cebu. Flock of Santo Nino devotees fills the basilica everyday, praying before the statue that shaped Cebu's history since Ferdinand Magellan landed on the island more than 488 years ago.

The first church was constructed in 1566 by an Augustinian priest, Fr. Diego de Herrera, using wood and nipa, on the site believed to be where the statue of the Santo Nino, a sculpture depicting Jesus as a black Holy Child, was found by Spanish conquistadors in 1565 preserved in a burned wooden box which was left behind during the 1521 Magellan expedition. 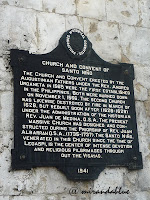 When the wood and nipa church burned down, a stone church was constructed in 1735 on the exact spot and was completed in 1739.
Enshrined in the basilica is the black Santo Nino, although I can't help but wonder if it is indeed the original statue brought by Magellan. Cebu historians believe that the statue in the basilica is the original. I tried to fight my way in to see the glass-encased statue but I was not determined enough. A Cebuano friend told me that the Santo Nino is adorned with gold and precious stones, and he had goosebumps the first time he saw it. As a non-Catholic, I find all these interesting!

Throng of devotees and tourists visit the basilica every day, a novena and mass for the Santo Nino are held every Friday. 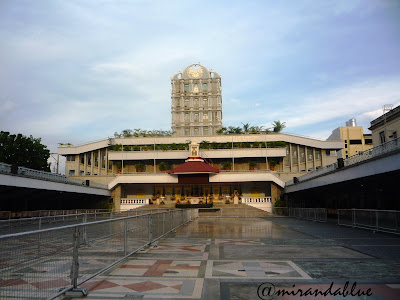 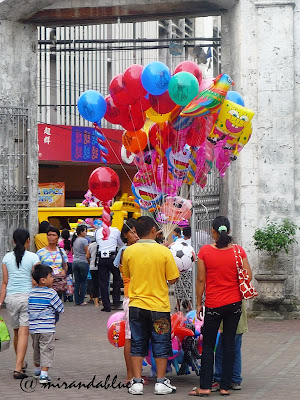 a balloon vendor at the church's grounds 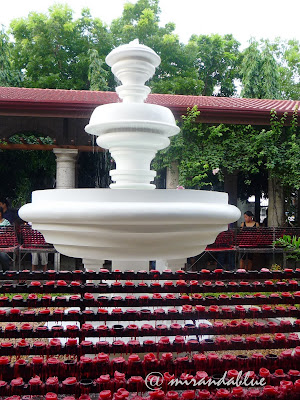 petitions and wishes are brought here 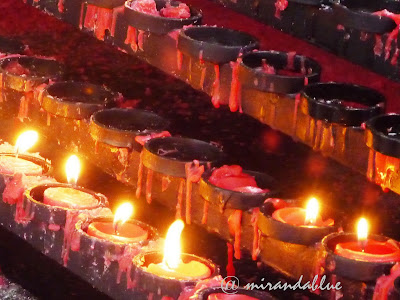 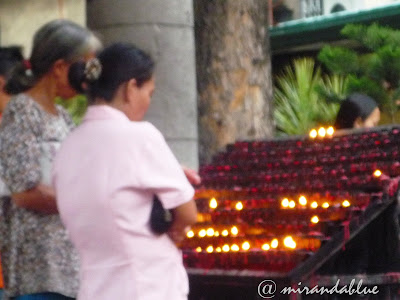 just you, a candle and your thoughts going up to God 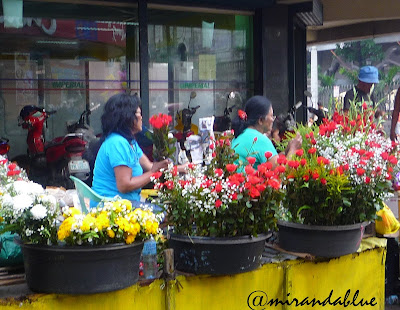 flower vendors outside the church's gate 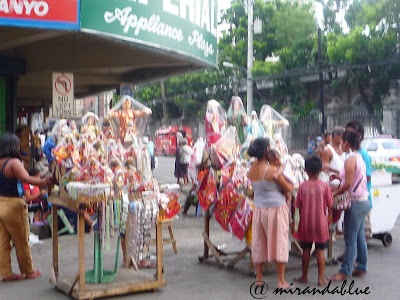 Posted for Ruby Tuesday
Posted by Unknown at 10:13 AM

Very nice Ruby shots. I love the first pic, such a beautiful building.

Lovely reds found amoung the wonderful architecture!
Love the candle shot - very nice.
Thanks for sharing so much info with us - I found it very interesting.

HI Luna i thought the flower vendour and candle vendours are only here in India it is every where great it shows that ppl have great devotion and trust thanks for the picture a new thought arosed i think i vl visit Phil and that too CEBU is my dream.......thanks for the picture

We in India we have a great respect for the color red...well hope it is same every where...really it was RED looked great on the whole a beauty

The colors of red in these pictures are great, especially the one of the candles :)

Great captures for the meme.

That one of the lighted candles is inspirational to say the least....and so beautiful.

My R T is now posted if you'd like to stop by and view. Have a great day!

Very nice and interesting pictures !
if ever you want to see the photos I took in Venice it's here : http://gattinatravels.blogspot.com/

Lots of great reds. I think the shrine photo is my favorite, the stone work is gorgoues and it is a lovely shot a tribute to your skill as a photographer!

Wow! I feel like I was on this adventure with you!

Thats a nice take :D ive always want to hang out in churches like my childhood days..

Lovely reds this week and interesting virtual travel too. Thanks for sharing.
Hugs and blessings,

As a non-Catholic as well, I find the whole shrine thing interesting...and in this case, very pretty.

Beautiful reds and very colorful... I love the panoramic shot of the candles and the balloons. Thanks for stopping by.

Interesting post. It looks so very festive around the Basilica!

I love the pic of the cathedral and the RED candles. I've never seen red candles in a church, but maybe red candles are not a French thing - that's mainly where I've seen candles in churches.

Wow, these are great shots. Love the pops of red everywhere...thanks for a delightful tour! :)

it seems like we are going to similar places. ganda ng loob ng church na yan.

Beautiful shots! I've been there once when I went to Cebu several years ago.