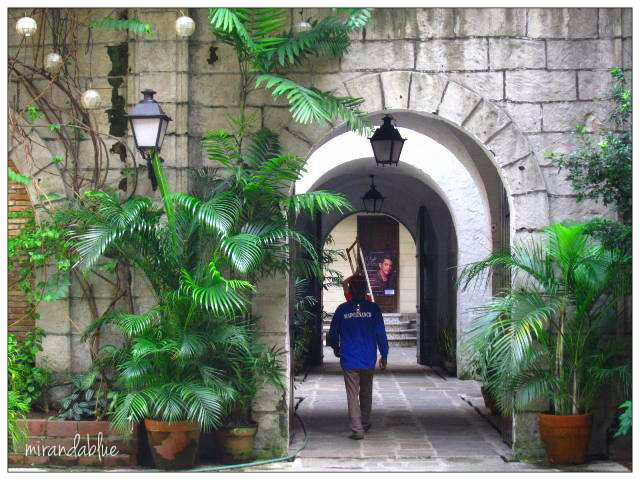 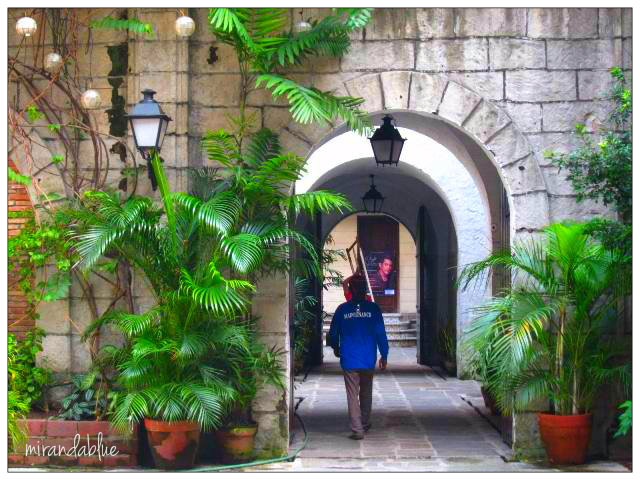 So pretty - love the archway and greenery.

Thanks for sharing this shot of a blue shirted worker.

Both blues are very well done. You must have an excellent camera and know how to use it.

Great job on the enhancement!

I'm a sucker for the archway as an architectural detail, so beautiful.

Great shot I miss Manila there's so much history in that place :)

That's a beautiful place, so peaceful!

Stopping from Mandarin Orange Monday- hope you can stop by.