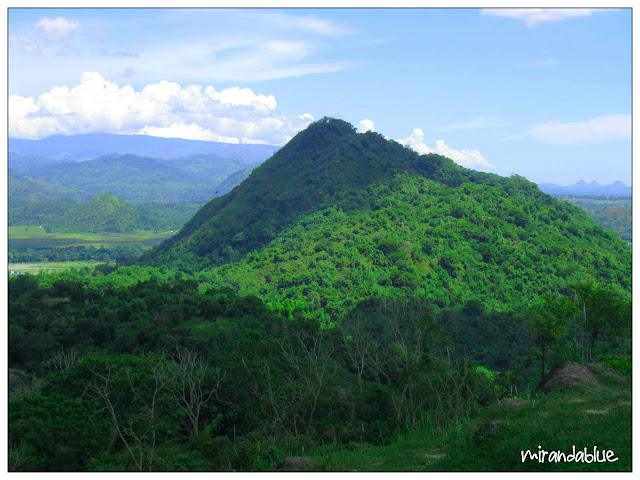 I had an opportunity to visit Monasterio de Tarlac recently, and the road trip was a pleasant surprise.  I've been passing through Tarlac for years---all roads going to northern Luzon pass through Tarlac, and I had an impression that the whole province is flat.  So I was amazed that on the way to the Monasterio de Tarlac in San Jose town, we passed mountain ranges and dense forests.  The monastery sits on top of the mountain, 300 meters above sea level within the eco-tourism park. This province is landlocked and located in the heart of Central Luzon, about 125 kilometers northeast of Metro Manila.

We were greeted by this imposing 30-foot statue of the Risen Christ, reminiscent of the Christ the Redeemer statue in Brazil.  The statue, perched on the edge of the slope, was built in 2002---2 years after the monastery was constructed. 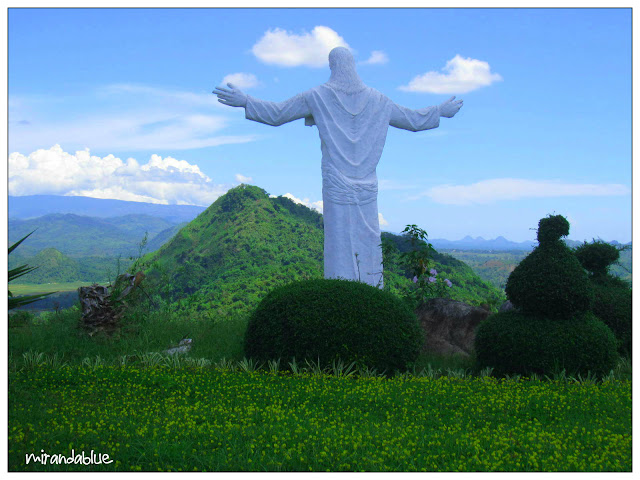 The Servants of the Risen Christ Monastic Community is under the diocese of Tarlac.  It is an apostolic-contemplative community of religious men who consecrated themselves to a life of prayer and work.  There are also groups of women (nuns) congregation here, the Handmaids, the Oblates and the Contemplatives of the Risen Christ who are taking care of orphans and abandoned children, they also teach catechism in schools and parishes. 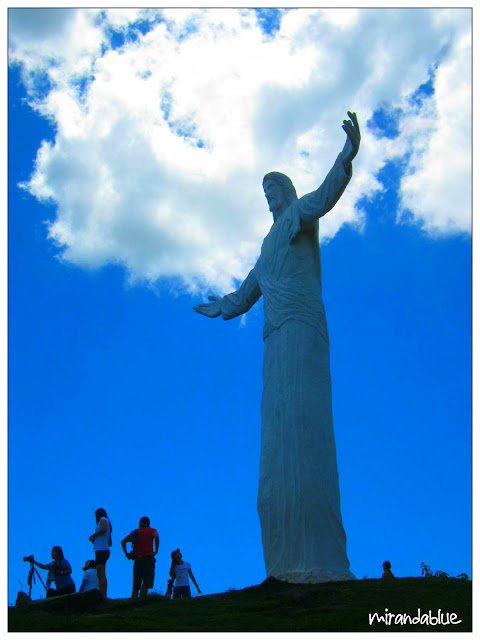 This is the chapel that serves as a relinquary house of the Relic of the Holy Cross of Jesus Christ.  The relic was given to Father Archie, the priest who started this monastery, by the former custodian of the relic, a priest in Essen, Germany.  The relic, the only one in Asia, was brought here in 2005. 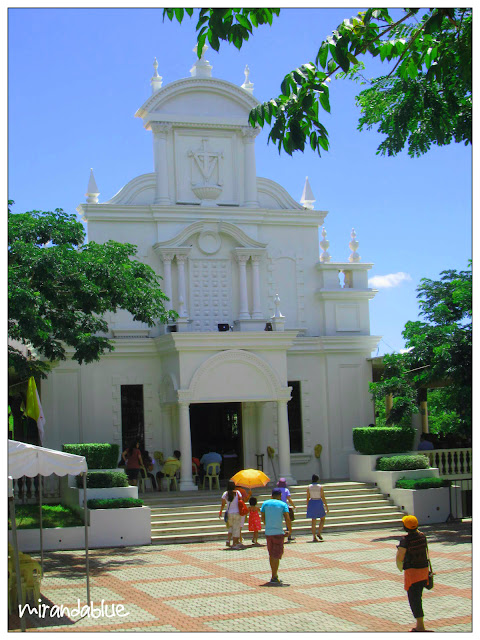 A shame I wasn't able to see it---one of the staff told me that taking a photo of the relic is not allowed. There was also a mass in the chapel so I didn't insist on seeing the relic. 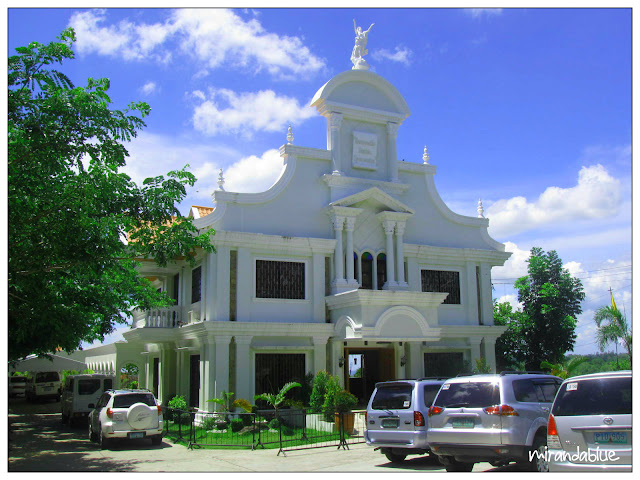 Monasterio de Tarlac receives 600 to 800 visitors a week.  It's about 3 hours from Manila by car. 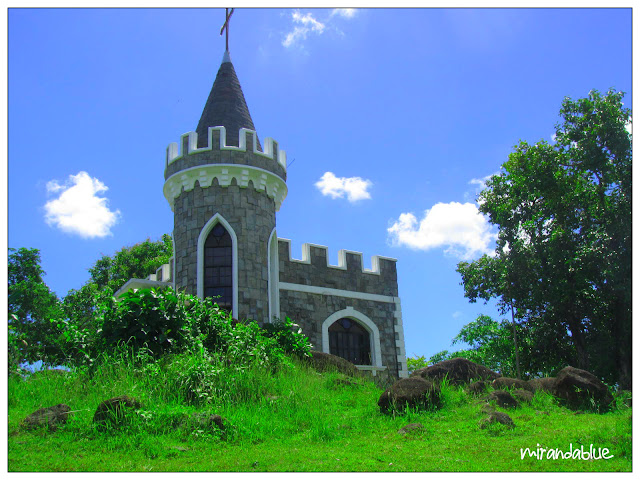 This mini castle is said to be the home of one of the priests.  Almost lost my footing here---and it was a long way down.  Imagine the epitaph on that one!:p 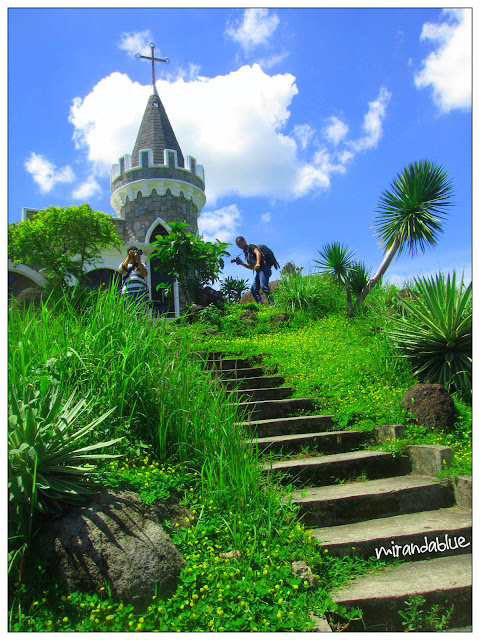 A gazebo by the slopes of the mountain. 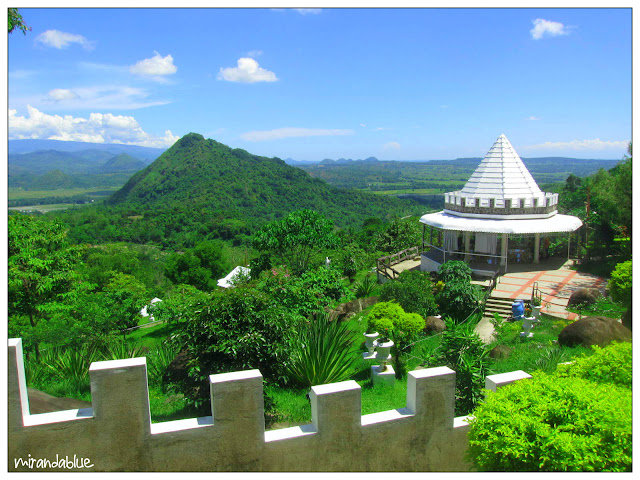 What a beautiful place. Everything is so green and lush.

Great series. I really like the lush mountain shot. Boom & Gary of the Vermilon River, Canada.

What a gorgeous place and a perfect day trip indeed! Superb captures!! Have a wonderful week!!

Well worth a visit to get those views.

What a very special place to visit! Thanks for sharing.

What a pretty place to visit. The statue is beautiful. Thanks for sharing your visit, have a happy week!

All I can say is WOW ! This seems like a wonderful adventure to experience God and his magnificent creation. Have a wonderful week & blessings to you!

What a fascinating place and so lovely!

Great how green everything is.

Thats a big statue - although the castle looks a bit out of place!

Wonderful set of images from the trip. Really nice scenes.

Didn't know there's this nice part of Tarlac too. Green and scenic. Good you shared your discovery through your beautiful photos.

A place we often see in photos. One wonder how it was built.

The architecture is amazing!

Wow..gorgeous place, and I bet it must be so peaceful sitting atop the mountain like that!