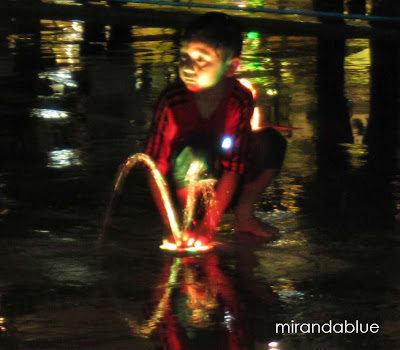 Summer has officially arrived and it's been sizzling hot in Metro Manila.  Last week, the hottest day in 2012 was recorded at 34.4 degrees Celsius.  And expect hotter days [and nights] in the coming months, according to the weather bureau.
On Sunday afternoon, Fritz and I drove to High Street to cool down and look what we found! 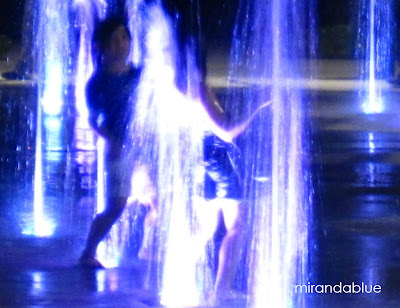 Kids frolicking at the fountain.  They were absolutely having a great time.
Some parents screamed and ran after their children but kids just wanted to get wet.  I heard a dad telling his two boys that the car seat would get wet and the younger boy reasoned that he would sit on the floor. *LOL* 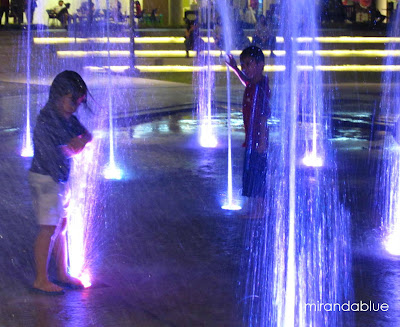 A mom was trying to convince her daughter that the water was dirty, "It's from the toilet," she said.  "But it doesn't smell, Mom!" rolled her eyes and ran to join other kids at the fountain.  Parents looked on helplessly as their kids get soaked, they didn't expect that a Sunday stroll at the mall would end up in a shower party. 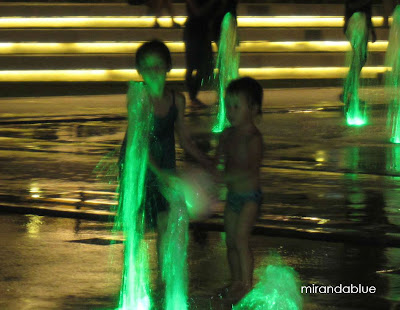 Children were fun to watch, they danced in the water with total abandon.  I'm sure the adults watching wished they could join in, too.  I nudged Fritz towards the fountain but he hates to get his paws wet.:p 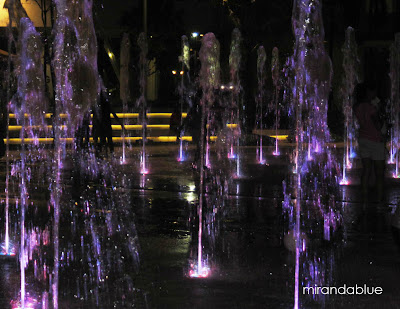 "If there is magic on this planet, it is contained on water." ~ Loran Eisely 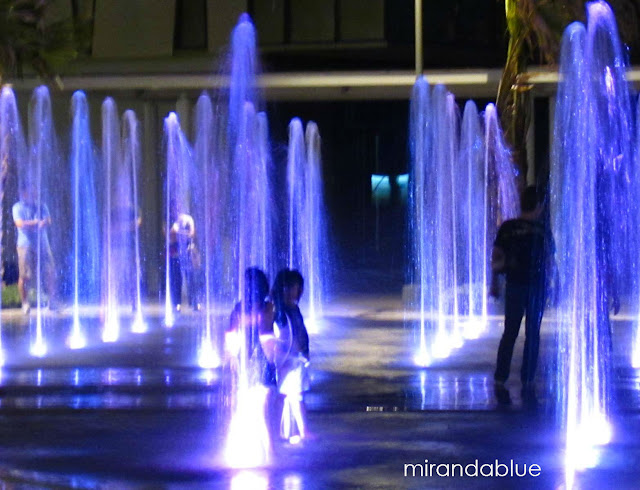 Linking to Our World - Tuesday and Watery Wednesday
Posted by Unknown at 11:07 PM

i didn't think of fountain as i looked at the first photo in this post; i thought it was a flood! haha...

What fun for the kids! The water looks most tempting!!

the kids in high street are doing that for fun, in market market, kids are ACTUALLY taking a bath hehehe, ayun hinabol sila ng guard.

The children look like they are having fun playing with the fountains. Wonderful photos, thanks for sharing. Have a Happy Week!

Makes me wish I was a child too.

Oo nga, ang init na!!! Summer has indeed arrived. Never thought the kids frolicking in High Street would get away with playing in the fountain. But I guess it was too tempting (with the heat and all!).

the truth of the matter is the adults would really love to join the kids in getting some relief from that oppressive heat.

btw, it's been a warm winter around here as well. last sat we had a high of 75F, which we rarely even get during summer months.

The pictures are beautiful and I can imagine the joy of the children! Difficult for parents to find the right words!

at least i didn't find their parents or adults in the photos. hahaha... nice. kids really had a nice fun time.

The photos gave us a glimpse of the fun the kids were having. I also enjoyed your narration of how the parents tried stopping their children from getting wet :) Thanks for the visit. I think the sea might indeed be calling your name :)

On a hot night I know why you would stand in a fountain!

How fun is this?!! Golly, I would be doing the same thing [guess I'm a kid at heart] if the temps were 'sizzling hot'.

Hope you're having a terrific day!!

I'd have been in the fountains too if it's that hot! Great shots!

How cool! The colors are beautiful!

The water is so pretty in the lights. I don't blame the kids for wanting to cool down. :)

Late visiting from Watery Wednesday, hope you can visit my Water Fountain, entry. Thanks in advance.

terrific, watery with lights shots...and I am loving your page music!!! you just made my afternoon delightful!

Always fun to see children playing in the water and what delightful captures for the day! Hope you have a wonderful week! Stay cool!