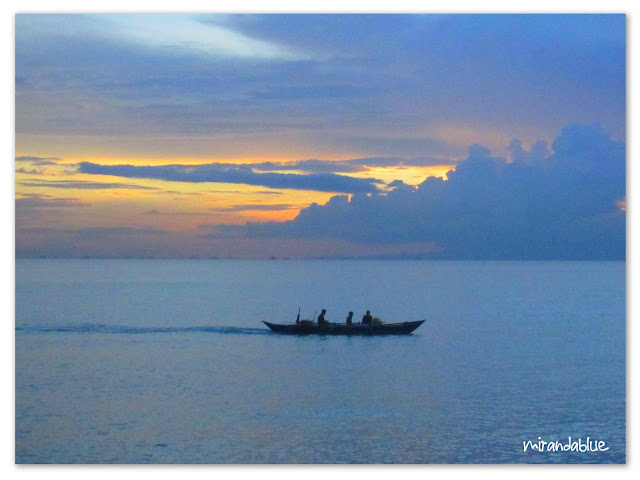 Twilight at Manila Bay yesterday, a day after tropical storm "Gorio" (international name:  Rumbia) left the Philippines.   Forecasters predicted typhoon Gorio would hit Metro Manila early Sunday, but it veered away  towards Batangas province then blew away towards the West Philippine Sea.  But it did leave thousands of commuters stranded after ferries cancelled their trips.

Dark clouds trailed behind typhoon Gorio, a humid day punctuated by light rains, the sea was calm and these fishermen were back at sea.  Monday ended with a mellow sunset. 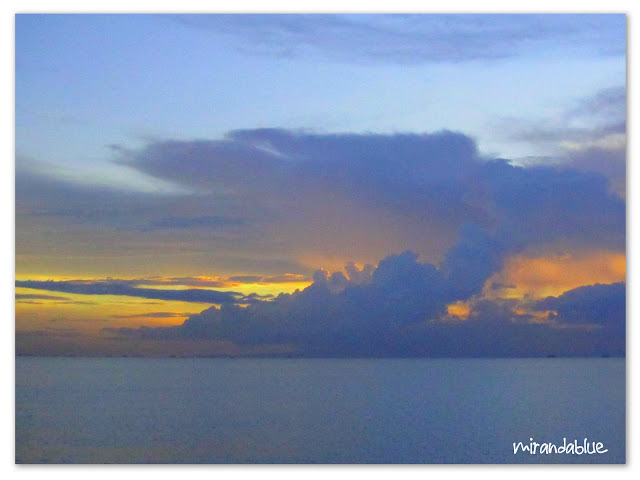 I am glad the storm passed without harm, other than stranded commuters. Lovely cloud photos!
Have a wonderful week!
Lea
Lea's Menagerie

For all our technology the weather really is still in control!

That sky still looked quite stormy but the colours were wonderful.

The first image is wonderfully romantic....but good that the storm passed without leaving a damage!

Glorious colours Miranda - thanks for sharing and glad you are unscathed! Thanks for stopping by my blog. Wishing you a wonderful week ahead.

Beautiful sunset colors! My favorite is the first shot with the boat, lovely :)

Gorgeous colours in these beautiful scenes! Love the boat silhouette in all this beauty!

Lovely photos and so glad the weather improved for you ~

Tropical storms are the scourge of the year, but they do produce some beautiful skies. Great shots!

Oh my I so love the color in the sky!

What a lovely sky -- it would be wonderful to be out in that boat.