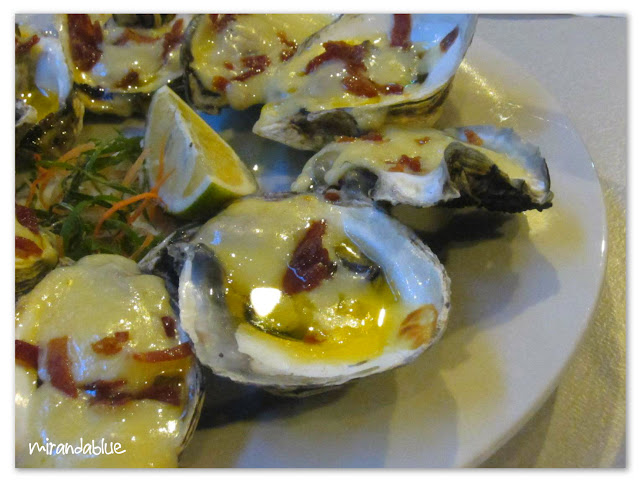 Oysters Rockefeller--an appetizer I shared with my mother at dinner last week at the Mall of Asia.  The oysters were baked with a generous amount of butter, cheese, some herbs and bacon bits.

Oysters Rockefeller was created in 1899 by Jules Alciatore in their family restaurant in New Orleans called Antoine's.  The dish was named after John Rockefeller, the richest American at the time, for the intense richness of the sauce.  Although many restaurants in New Orleans serve dishes purporting to be Oysters Rockefeller, Antoine's claims that they're all knock-offs because Alciatore  took the original recipe with him to the grave. 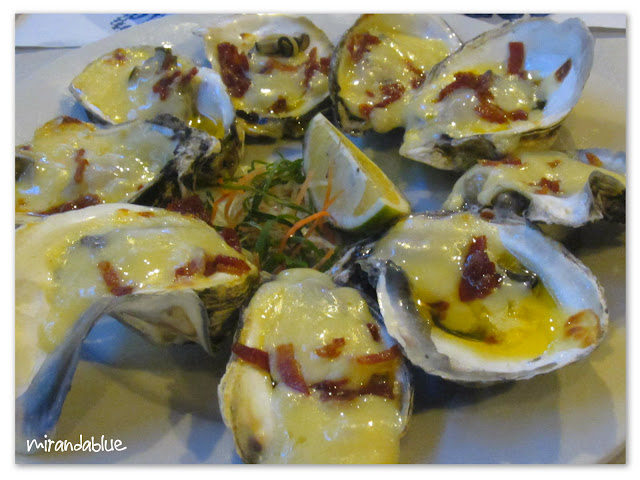 Love oyster! And they said it is an aphrodisiac too ^_^

Ohhh I am just drooling looking at these yummy oysters! It has been such a long time I had eaten some of that!!!!

Man, nothing like Oysters Rockfeller, one of my favorite comfort food classics!

Quite lovely that they're served on the shell.

too bad he never shared the recipe! but seems like the "knock-offs" are also richly delicious! :P

thanks much for taking the time to share and link over at Food Friday, LM
happy weekend!

Looks truly rich and delicious. I must find a copycat recipe.:)

Now this got me drooling! :D