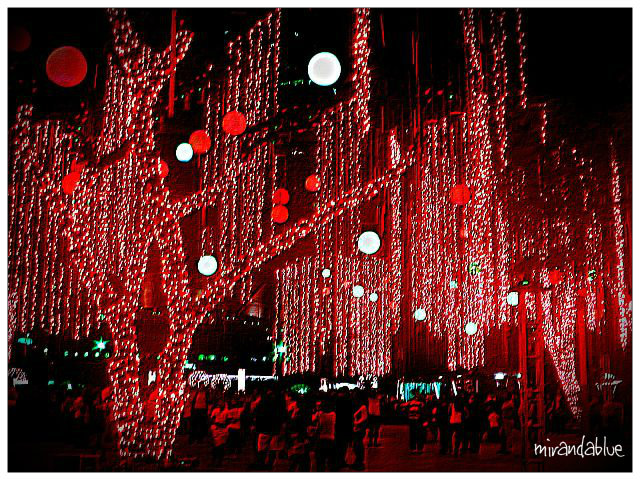 The lights-and-sound show at the Ayala Triangle Gardens is one of the must-see events during the Christmas season.  It's a 30-minute spectacular display of dancing lights, accompanied by Christmas songs.  The tree branches were decked with LED lights in jewel colors, and has a meteor shower effect. 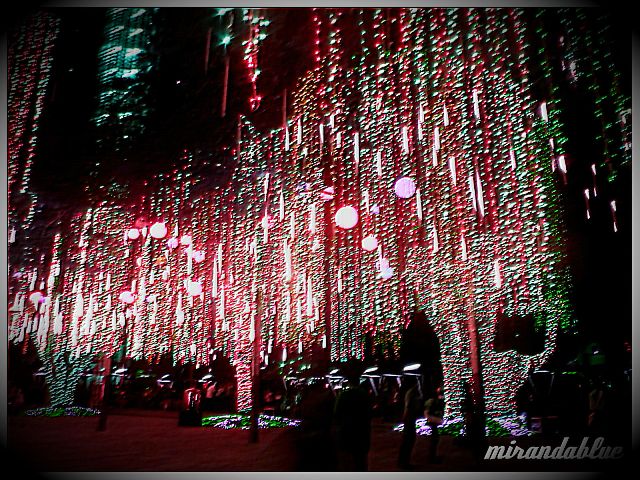 Since its opening on November 16th, people come to the park every night to be dazzled by this Christmas rainbow.    The show runs from 6 pm to 9 pm,  until December 30th. 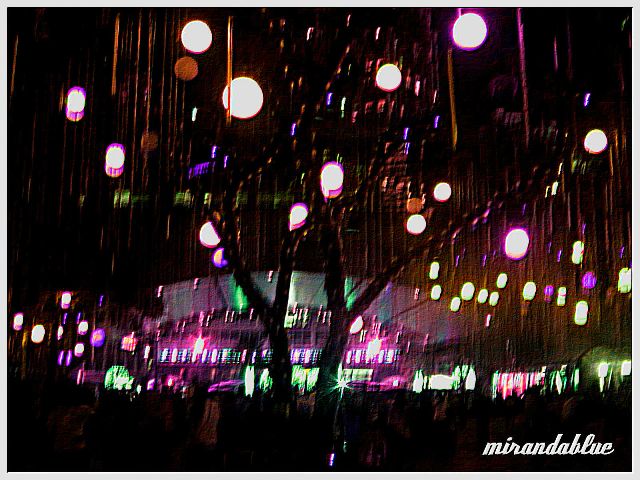 The multicolored LED balls fall from the branches like heavenly bodies.
It felt like I was under the Tree of Souls in the fictional universe of Avatar.:p 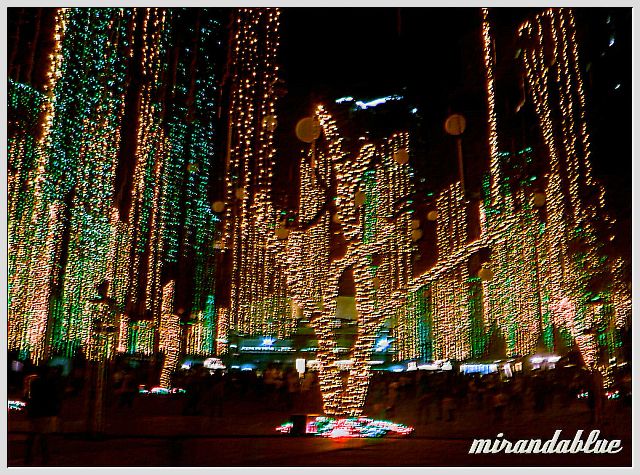 The Ayala Triangle Gardens is a 20,000-square meter park in the middle of three major streets in the Makati Central Business District.  It's an oasis populated by trees, lush greenery and public art pieces from some of the country's famed artists. 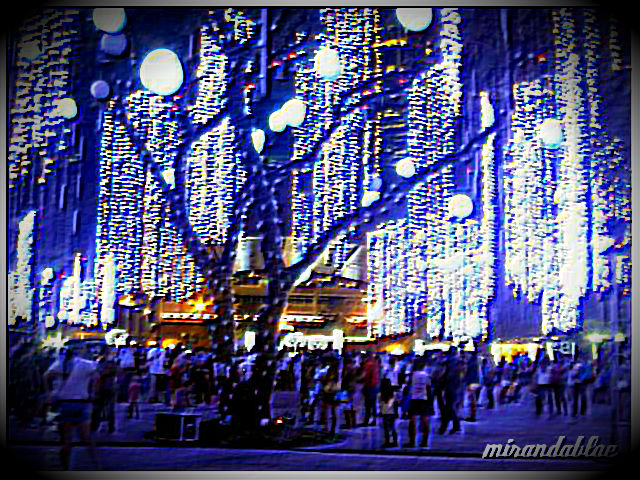 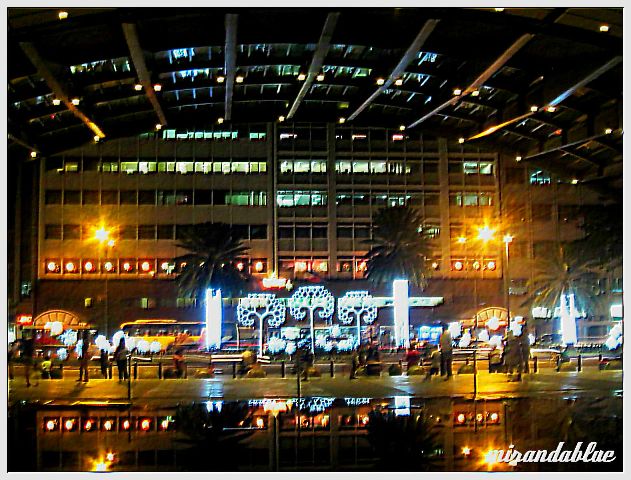 Looking towards Ayala Avenue from the lobby of Tower One & Exchange Plaza.

Wishing you all the Joy, Hope and Wonder of Christmas!

What a spectacular display! I've never been to this show yet.

Oh wow, that must be amazing to watch. Those lights are beautiful.

Hope you have a very Merry Christmas!

Just gorgeous series of illumination photos!
Thanks for posting and commenting on my entry.

With havin so much content and articles do you ever run into any issues of plagorism or copyright violation?
My site has a lot of exclusive content I've either created myself or outsourced but it seems a lot of it is popping it up all over the web without my authorization. Do you know any solutions to help protect against content from being stolen? I'd truly appreciate it.