T'boli, the dreamweavers [OWT and RT] 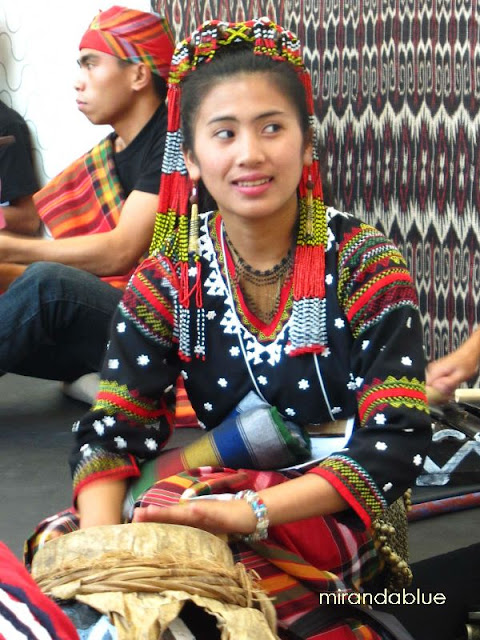 a T'boli girl  playing a tnonggong, a deerskin drum used
as a supportive instrument in the kulintang ensemble
Last October, the T'boli culture was showcased at the Manila FAME, a bi-annual trade fair where Philippine exporters exhibit their products and designs for the international market.  The T'boli is an indigenous tribe from the highlands near Lake Sebu, South Cotabato in Mindanao.  They have a rich heritage in music, dance and story-telling. 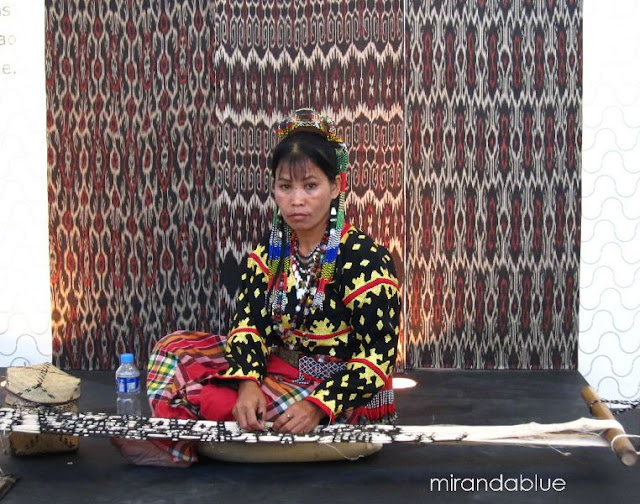 The T'boli women are known for their traditional woven abaca fabric called T'nalak.  According to T'boli legend, T'nalak weaving was taught to their ancestors by the goddess Fu Dalu in a dream.  Superstition surrounds the making of this fabric.  The traditional patterns were conceptualized through dreams and "visitations" that renders the dreamer speechless and deaf until the design is fully executed.  Patterns and designs are often inspired by nature.  T'nalak is often referred to by non-T'boli as "dreamweave", and T'boli women are called "dreamweavers". 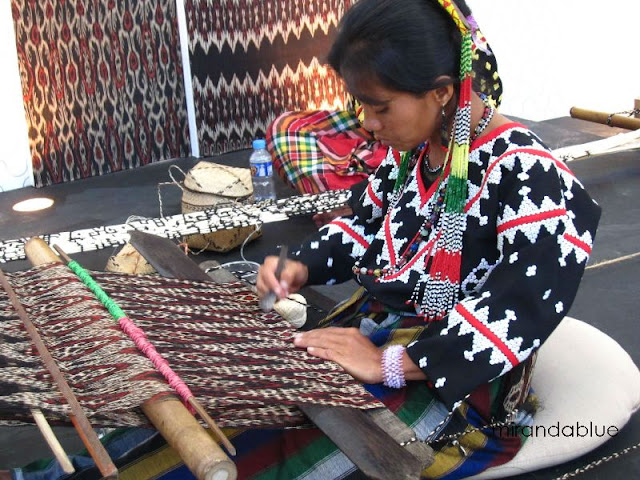 The T'nalak occupies a special significance in the lives of the T'boli people.  It is basically used as blankets and clothing, and considered helpful for safe delivery when used as pre-natal covering.  T'nalak is also used as dowry and bride price; as offerings to the "earth spirits" to ask for rain, cutting of trees, healing of the sick, thanksgiving, and its presence during certain feasts give it a sacred value.


T'nalak is a product of an age-old tradition of tie-dye weaving.  A tedious process composed of rituals that conveys the T'boli's spiritual and traditional beliefs.  The coloring agents are extracted from leaves, roots and barks of trees.   The weaving takes almost two and a half months for a piece about 20 feet long. 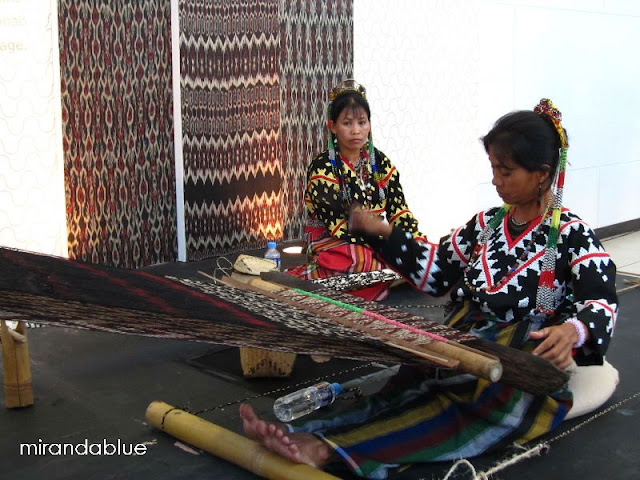 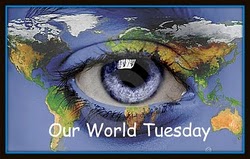 Linking to Our World - Tuesday and Ruby Tuesday

The fabric's design is so intricate! I think the work is amazing.

this post reminds me of our t'nalak fabric back home. my mom shipped them from her trip in mindanao years ago. such intricate and beautiful weave.

i wish i can encounter t'bolis and experience a bit of their culture too in the future. :)

i am amazed at how beautiful these weaves are. i really like to have one of those and hang it on my wall.

It is indeed a beautiful weave to hang on walls. I bought one, had it framed and yet to hang it on my wall. :) I was at the FAME exhibit, but didn't see them. I saw weavers from Bicol, I think. They were doing rugs naman. Nice too.

Ang galing ng artwork nila no? Visiting from FT anyway. Hope you can visit at my blog.

Thank you for the photos of the weavers. I do like to see artful people at work!

First of all, I was attracted by the title, ... Dreamweaver. T’nalak is a real treasure handcrafted with so many process and for its exotic and intricate design. I hope they are sold at fair trade. T’boli women’s ethnic costumes are perfectly lovely. Thank you for sharing, Miranda.

Hi Luna, these photos are so beautiful, but i think the first one is not a real T'boli woman, an impostor, hahaha! We visited the T'boli last year when we went to Lake Sebu, watched them doing the process of making that T'nalak. It is amazing. If you haven't visited them yet, be sure to while the famous National Heritage living legend (i forgot her name now) is still alive! We also brought some school supplies for their kids.

Been your subscriber since 2010.. but it was my first time to comment on your site.. :)

Last time i saw sa real weaver was 22years ago.. and I am amazed with how they do things to create a cloth..

Wow! What beautiful works they make. Who could imagine so much talent and skill in these women. Thanks for showing them!

@ Andrea, how do you know she's not a T'boli? do they have distinct features? Lang Dulay is her name--1998 Awardee of the National Living Treasure. i hope to visit Lake Sebu one of these days.

Hi Luna, actually I am not sure about the first photo, am just guessing because she looks like a model and not so much exposed to the elements which most of the people there are. Because they performed here, i thought maybe she is from outside. They have a common "something' in them, which you just know if you see them. Yes Lang Dulay is her name, we have photos with her too.

beautiful women doing beautiful work. And wearing them too.
Thanks for sharing this. :)

Good day Ma'am Arlene!
I'm Jonathan Faustino of the National Museum. Can i use your "T'boli photo" for my poster? (Photo credit will apply/photo courtesy of.) Need ko lang po. asap. For the National Museum demonstration of T'boli Weavers from Lake Sebu, South Cotabato. This coming November 22-23, 2014

Link and share of output will send to you.
Thank you!

Good day Ma'am Arlene!
I'm Jonathan Faustino of the National Museum. Can i use your "T'boli photo" for my poster? (Photo credit will apply/photo courtesy of.) Need ko lang po. asap. For the National Museum demonstration of T'boli Weavers from Lake Sebu, South Cotabato. This coming November 22-23, 2014.
Link and share of output will send to you.
Thank you!