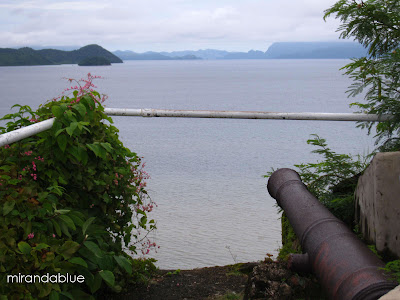 These are snapshots from the Calamianes, a group of over 80 islands in northern Palawan.  Perched on higher ground overlooking the bay at an 18th century fort in Culion Island is an old cannon.  This was one of the cannons used by Filipinos to defend the island from Moro raiders during the Spanish regime.
One of our destinations in Coron Island was the twin lagoon.   It's a pair of hidden salt water lagoon with remarkable warm and cold water temperatures.  High jagged bluffs surround the twin lagoon, and one couldn't help but feel small amid the magnificence of these granite mountains reflecting on the emerald green lagoon. 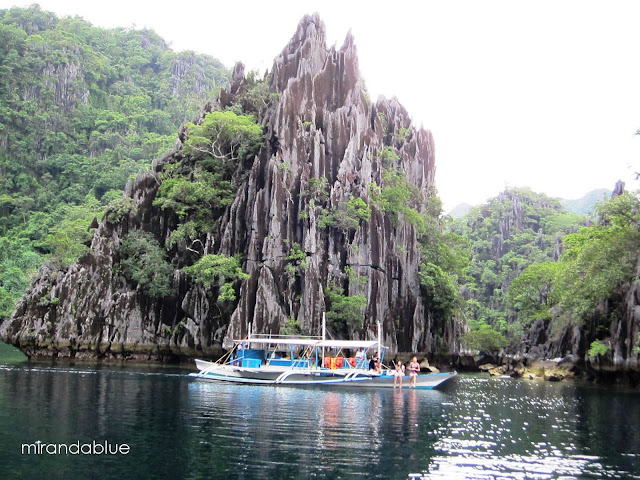 Mount Tapyas in Busuanga Island doesn't look that high  although the 700-plus steps I climbed  leading to a giant cross at the summit was challenging.  But the hike was equally rewarding especially when I saw the 360-degree views of Busuanga from the top--from the shimmering waters of Coron Bay, the rolling hills and mountain ranges to the distant and nearby islands of the Calamianes. 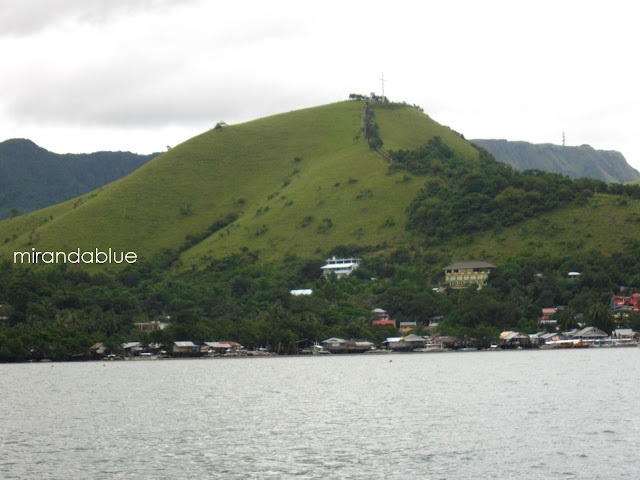 Get high at Photo Hunt
Posted by Unknown at 9:19 AM

Great shots and beautiful scenery! yes, I am feeling rather small...:)

Good photos all but those bluffs really are particularly eye-catching! :)

Very interesting and beautiful place to explore. Great shots for the theme.

the bluffs are so imposing.

Mount Tapyas: must be a hard mount to climb.

such lovely views and great shots.

What a beautiful place!
Love your pictures!
Gisela