Coron Island: At the Twin Lagoon 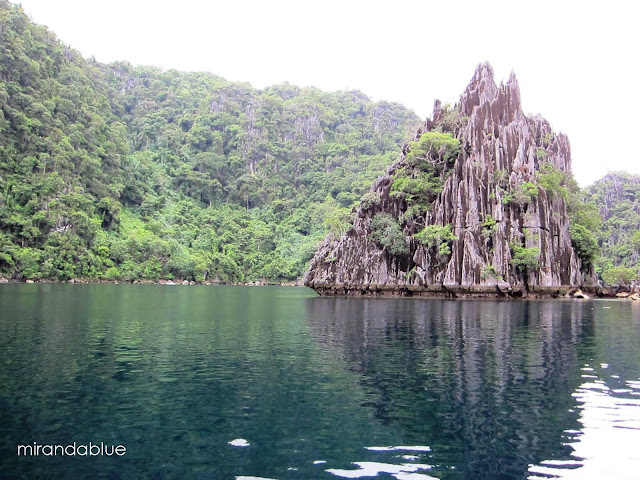 It was around 2 pm when we reached the Twin Lagoon in Coron Island.  The lagoons are enclosed by giant walls of craggy rock formations of the Calis mountain.  This place made me feel like I was in a parallel universe.   The air of serenity that envelopes this place soothes the senses. 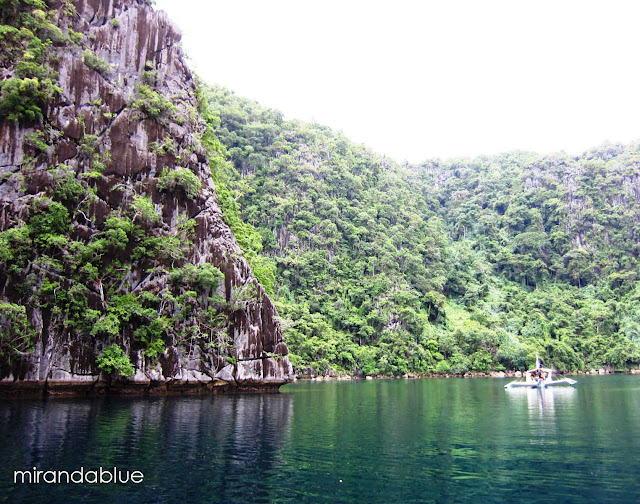 These photos were all taken at the outer lagoon where the boats were docked.  The two lagoons are separated by a wall of rock.   To see the inner lagoon, one has to pass through a narrow opening by swimming or floating.  The outriggers are too big for the entrance---and since I am not a good swimmer (and a bit claustrophobic), I opted to stay in our boat. 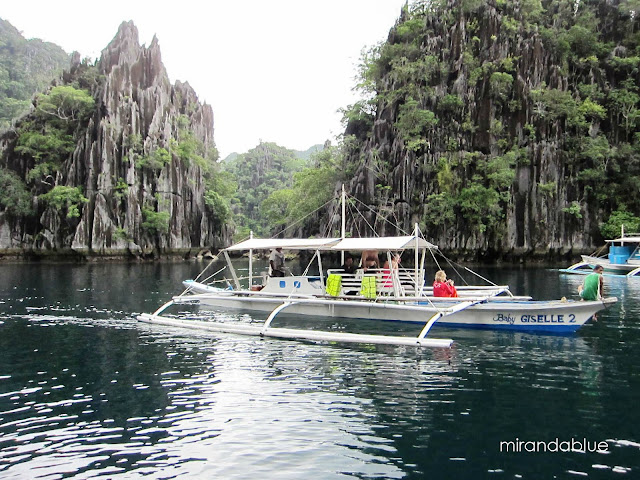 My sister and the rest of the boys tried to convince me to go with them, assured me the life-vest would keep me afloat but I wasn't persuaded (I must be really getting old!).  My sister reported later than a small banca was able to enter the entrance---had I known, I should have joined them.  But according to our boatman, even small bancas wouldn't fit into the entrance during high tide.  Nobody mentioned a raft. 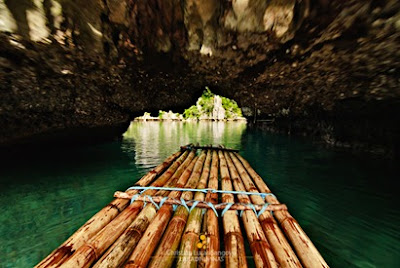 This is how the entrance looks like.
Borrowed this photo from Christian's Lakad Pilipinas
I learned later than one of the boys was also spooked and didn't go into the lagoon.  My sister told me that the water in the inner lagoon was strange---both warm and cold, crystal clear on some parts, murky on the other.  The lagoon has brackish water, it's probably the reason of the changing temperatures. 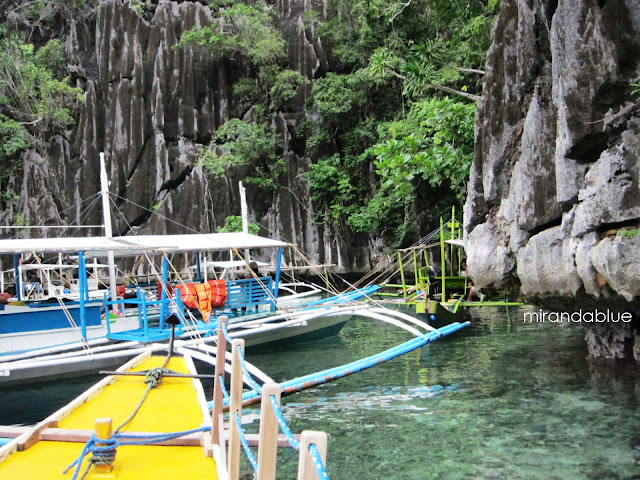 The wooden footbridge alongside the limestone walls serves as pier for boats and people who want to swim into the inner lagoon.  Snorkeling and kayaking are allowed inside the lagoon. 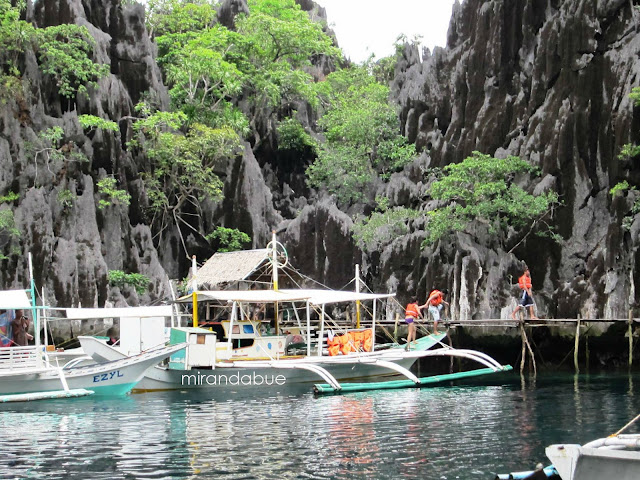 I spent my time taking photos, staring at the limestone cliffs, looking out for birds, particularly balinsasayaw and just taking in the splendor of this place. 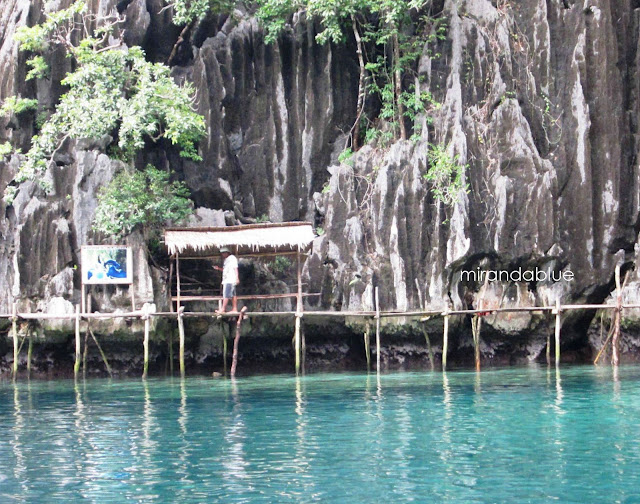 My contribution to:
Blue Monday
NF Waters
Our World-Tuesday
Posted by Unknown at 8:05 PM

WoW!! SO spectacular!! To me SO very exciting to watch this!

Thank you for sharing such wonderful photos!

Just sitting on a hammock and occasionally taking a dip in the water would be enough for me when I'm there :)

i am lost for superlatives, luna!
...breathtaking!
i wish i can bring my family here one day.

it makes me truly proud as a pinoy.being part of such beautiful places.

Thanks for sharing your blues.

How nice to see some of the great sights from your part of the world.

Simply Beautiful! Nakakaenganyo yung first shot! Is it a rock ba sis or what?

Blues at my page. Have a great week!

Wow I love this Luna. And you know me hydrophobic so I didn't look at the water hehe.

Amazing shots, but I have never seen this type of stones.

What great shots of this magical place!

I always admire your shots, this time i love that wide angle first photo showing the entire limestone rock at the middle. Do you think some people climb it, or only those who get bird's nests.

A truly beautiful and peaceful place. Thank you for taking us along/

What a gorgeous place to visit, the photos are gorgeous. Thanks for sharing your world.

I forget how beautiful Coron is. Was there more than 10 years ago na kasi. I don't remember this twin lagoon anymore. Must bookmark this for a return in the future. Awesome limestones!

youll surely love el nido. it is as beuatiful. i love the clear waters.

The water so blue and pristine. A haven for locals and tourists!

This is a paradise-like place! How nature elaborately created such splendid limestone cliffs which look like waterfalls. The entrance is so narrow. Thanks a lot for taking me to the wonderful tour with you!!
Best wishes,
keiko

What a fantastic, gorgeous place Coron Island is! I would love to visit there! Your photos are superb as always! Thanks for sharing your beautiful world! Hope you have a lovely week!

Such a beautiful place! Wish I could holiday there.

It's amazing where some trees insist on growing!

oh my lord I HAVE to see this one day this is the most beautiful thing WOW you're so lucky!

love all the photos...you did a great job..following you in google..