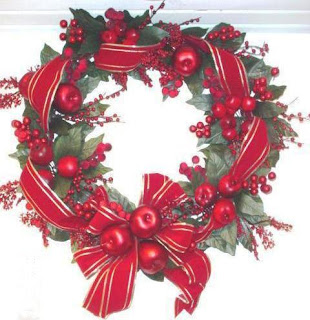 Of all the festive décor that adorn the homes, streets, trees, offices, malls, etc. during Christmastime, my favorite is the Christmas wreath. Displayed on the door, it is a welcome sight when you enter someone’s home. A Filipina designer, Tami Leung, makes fabulous wreaths [and other Christmas décor] using natural pods, seeds, twigs, vine, and paper, for leaves and flowers. Tami's designs are being carried by retailers and catalogs in the US. Her showroom is located at P. Guevarra Street in San Juan.


Our modern term wreath, or corona de flores ("crown of flowers") in Spanish is, curiously enough, etymologically linked to our word wrist with both terms implying a continuous physical circular shape. It came from the Olde English writha, and then it transpired into Middle English's wrethe denoting a twisted band or ring of leaves or flowers formed into a garland. The holly wreath goes back to the prehistorically Germanic wristiz, which also produced the modern German rist meaning both "in-step" and "wrist" and its modern variant in today's Swedish's vrist, denoting the same meaning. This was derived from the earlier, lengthy prefix writh- whose wr- sound might have been originally associated with a twisting motion. 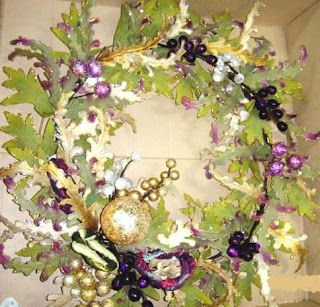 In México and throughout many parts of Latin America, la estación festiva or the holiday season begins on December 7th and continues for almost two full months thru February 2nd. In this sense, it is truly a "season" and not simply a "holiday break". On the Feast of the Epiphany on January 6th, Mexican families serve rosca de reyes (literally "ring of kings"), a traditional wreath-shaped cake pastry filled with spices, dried fruit, and one tiny doll representing the baby Jesús. Whoever finds the doll in his or her slice has to host the next feast or fiestecita, which is not very far off, on Candlemas, which falls on February 2nd. The terms holly (as in holly wreath) and holy are remotely related, distant cousins shall we say. From the Olde English halig meaning "hallowed" or "holy", this eventually through the centuries became the Middle English holie, connoting "wholesomeness", as a circular wreath would indicate. 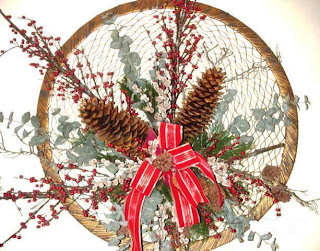 The Celtic Druids of ancient times are the first society in known prehistory to have worn sprigs of holly. Sprigs of this yellow-green plant with its waxy white berries were also hung in their homes in order to ensure familial harmony and a year's good fortune.

For these bygone Celtic priests of yesteryear believed that holly, with its glossy and shiny prickly leaves of green adorned with red berries, remained green the entire year due to their magical properties. Mistletoe and holly berries were considered sacred to the Druids. The bright colors of the holly bush made it a natural representation of life and rebirth during the cold harshness of the wintry whiteness of northern Europe. Along with evergreens, these Teutonic peoples traditionally placed holly plants within their dwellings to ward off unwanted lurking spirits and menacing winter storms. Curiously, many speculate that the holly berries have given us our green and red colors of Christmas. This same plant was also sacred to the Romans during their Saturnalia festival. The Romans exchanged holly wreaths as gifts, with the entailing symbolism of the circle of the wreath implying Eternal Life itself. Once Christianity took hold in Rome, however, holly wreaths became integrated with the Christmas holiday. 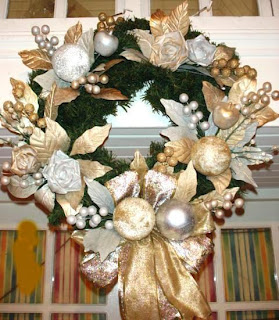 By the 17th Century, holly had become a grander part of the Christmas merriment. Soon the lovely verdant plant became Christianized to symbolize Jesus Christ's crown of thorns put atop his head by his Roman persecutors, while the red berries came to represent the blood of Christ (el sangre de Cristo). Holly then came to stand for peace, joy, contentment, and the hearth, yet many farmers in England had planted the holly berries near their homes to ward off witches and evil spirits during the dark chill of wintertime. A sprig of holly tied to one's bedpost often foretold of sweet dreams. A liquid tonic from the holly leaves brewed as a hot tea was said to act as a cough syrup and to have many medicinal properties in preventing the common cold. 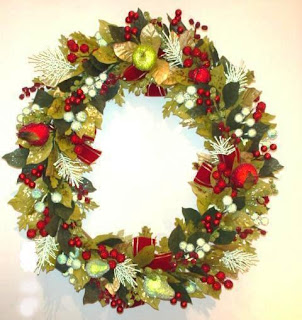 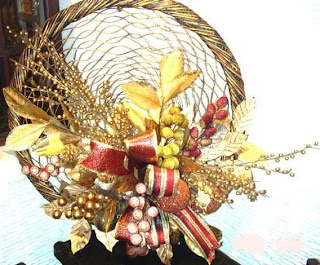 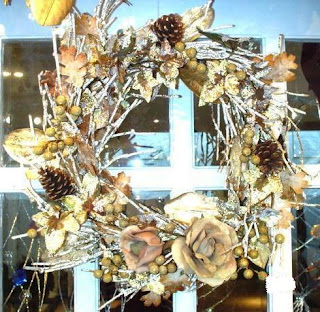 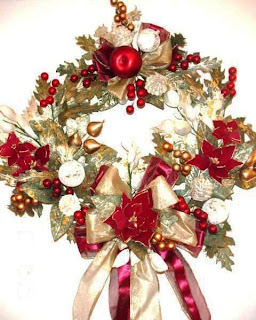 Thanks for the "corona de flores" history! I just learned something new.